George Powell, the accused robber of a 7-11, was released on bond Wednesday evening.

He learned that same day that his $500,000 bond was lowered to $150,000. The decision was handed down by Judge John Gauntt during a bond hearing.

Assistant District Attorney Mike Waldman argued that Powell is a threat to public safety and said the $500,000 bond should remain. The defense however pointed to Powell's large support system and Powell's desire to have his day in court. After an hour of heated discussion the bond was reduced to $150,000.

Powell's attorney with the Innocence Project of Texas Mike Ware said it's a step in the right direction.

"I think things happened today the way the American justice system is supposed to work this is just the first step and I feel confident that ultimately justice will prevail in this case and he'll be acquitted," said Ware.

Powell had been in the Bell County Jail since he was moved from the Gatesville prison two weeks ago after his armed robbery conviction was vacated. He walked out of the jail hand in hand with his loved ones around 6:30 Wednesday evening.

"This is the birth of a revolution because I'm not giving up. I'm blessed, I'm grateful and I'm going to live every day like it's the last day of my life. I'm overjoyed, I'm grateful, moments like this are indescribable," said Powell.

Powell was convicted of robbing a Killeen 7-11 in 2008, but the conviction was vacated due to prosecutorial misconduct. Powell is excited to connect with loved ones and catch up on the world while out on bond, however his main focus will b preparing for his new trial. Powell is eager to walk through the doors of the 7-11 in question to prove that there's no way he robbed the store due to his tall height.

"This is what they didn't want to happen. They didn't want my freedom. They knew that once I got out of these doors I was no longer under their control. They know that as soon as I walk through them doors at the 7-11 the District Attorney's office will be humiliated," said Powell.

Powell's 14 year old son Giovanni was just a boy when Powell went to prison, he hopes to make up for lost time with his dad.

"In my heart that feels like I'll be able to hug him again, actually be able to see how tall he is compared to me and actually see what having a dad feels like," said Giovanni.

Powell's fiance' Tamara Parsons couldn't hold back her emotion. She moved all the way from Canada to help Powell fight for his innocence an was excited to take him home.

"It's going to be an adjustment obviously but I'm ready. I went grocery shopping last night and got him clothes and everything. I'm ready for him to come home, six years now I've been waiting," said Parsons.

Powell loaded into the car with his family and turned on Tupac who he has been dying to listen to again. The family headed to dinner at a Mexican restaurant and then went home to enjoy more quality time together.

As a stipulation of his bond, Powell will have to wear an ankle monitor and will have a curfew of from 7 p.m. to 7 a.m. He will be allowed to live with his fiance in Hunstville. 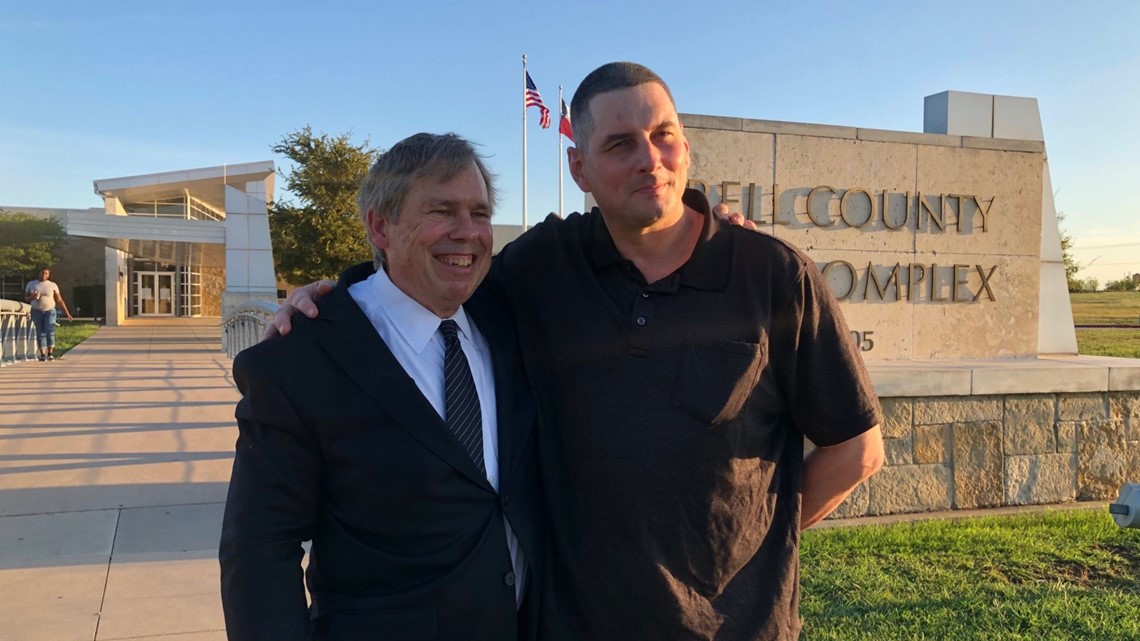 A GoFundMe has been set up to help Powell and his family with transition expenses.

RELATED: 'The truth is going to come out this time:' Killeen robbery suspect featured on Netflix speaks from the Bell County Jail