Authorities said the family had left Houston and were heading south toward Mexico. 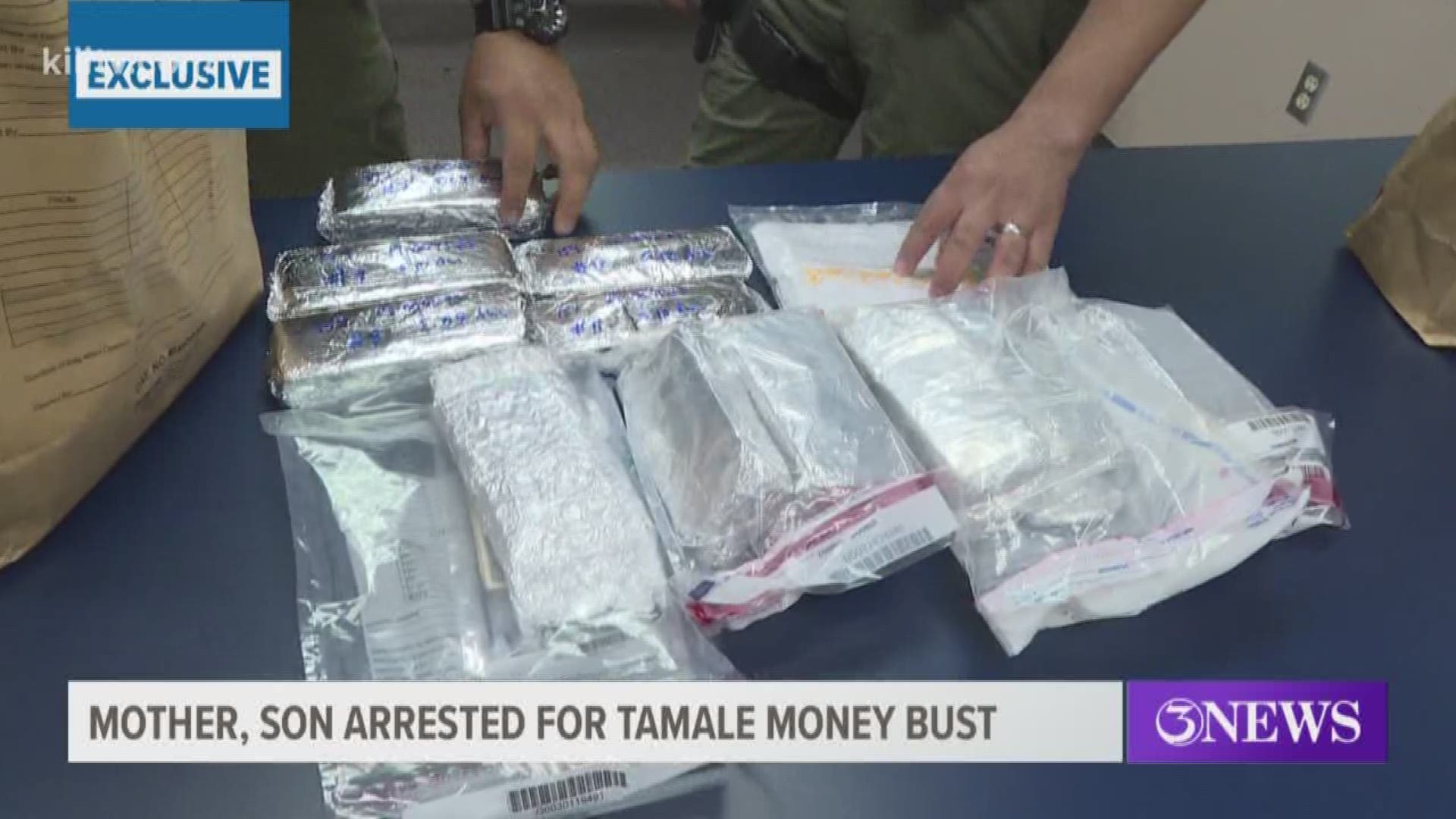 CORPUS CHRISTI, Texas — A mother and son are in the Kleberg County Jail facing charges of money laundering after police said they tried to conceal their crime in an unusual fashion.

The money, authorities said, was found wrapped in aluminum foil and appeared to be bundles of tacos or tamales. In fact, deputies said they had all the equipment to make tamales with them.

It was just after 3 a.m. Tuesday when Kleberg County Sheriff's deputies stopped a minivan for a traffic violation along Highway 77, just south of Riviera, Texas. Authorities said a mother and son were in the van, and due to their suspicious behavior, they searched the vehicle and found more than $200,000 in cash hidden inside their van, bundled in aluminum foil.

Investigators said the bundles looked like a bunch of tacos or tamales might be inside them, and it just so happened that the mother and son had all the equipment with them to make tamales.

"Most illegal trafficking such as this, they try to mask having different purposes for their travel, and who knows?" Chief Deputy Jaime Garza said. "Maybe they were, and maybe they were adding ingredients such as US currency southbound."

The two were identified as 53-year-old Lori Salazar of Houston and her 34-year-old son Daniel Salazar. Authorities said they had left Houston and were heading south toward Mexico.

"There was some currency concealed inside a backpack and then after that, some more currency was found on the female," Garza said.

Officers said the money she had was strapped to her body under her shirt.

Now, mother and son are both in jail facing money laundering charges.