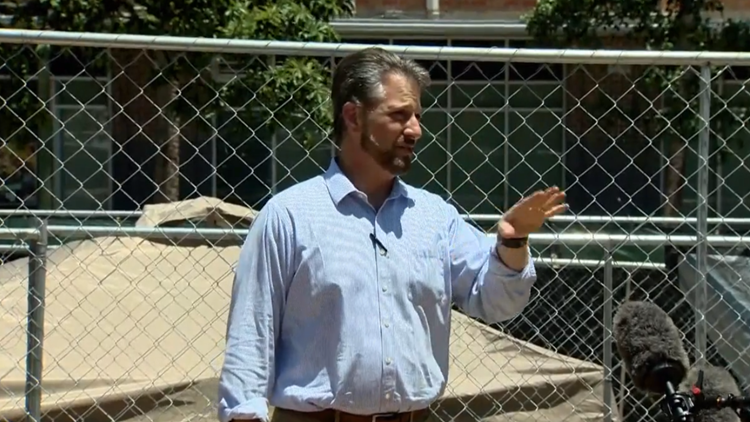 The remains were discovered as part of an archaeological and cultural investigation that is taking place on Santa Rosa Street adjacent to Milam Park.
Author: KENS 5
Published: 11:50 AM CDT May 18, 2020
Updated: 2:37 PM CDT May 18, 2020

A press conference took place at 2 p.m. with the City of San Antonio’s archaeologists at the park.

The site where archeologists were working was previously a cemetery dating back from the early 19th century.

Archaeologists found two bone fragments and pieces of metal that are "probably related to the construction of coffin."

"We know from archival records that there are three historic aged cemeteries in this area so there were some expectations of these finds," said Chief Communications Officer Paul Berry.

San Antonio has a long and rich Spanish colonial history so authorities say this is not uncommon.

The purpose of the archaeological investigation is to clear the area of any potential artifacts so that the construction project can proceed in the future. It is part of a larger 2017-2022 Bond Program Project to improve streets and corridors around Milam Park.

"We somewhat anticipated that there would be some findings," said Rich.

Human remains were found near a San Antonio park. The remains were discovered as part of an archaeological and cultural investigation on Santa Rosa Street.