Deputy Brandon Towe says a passerby measured the gator, it was 10'6" long. 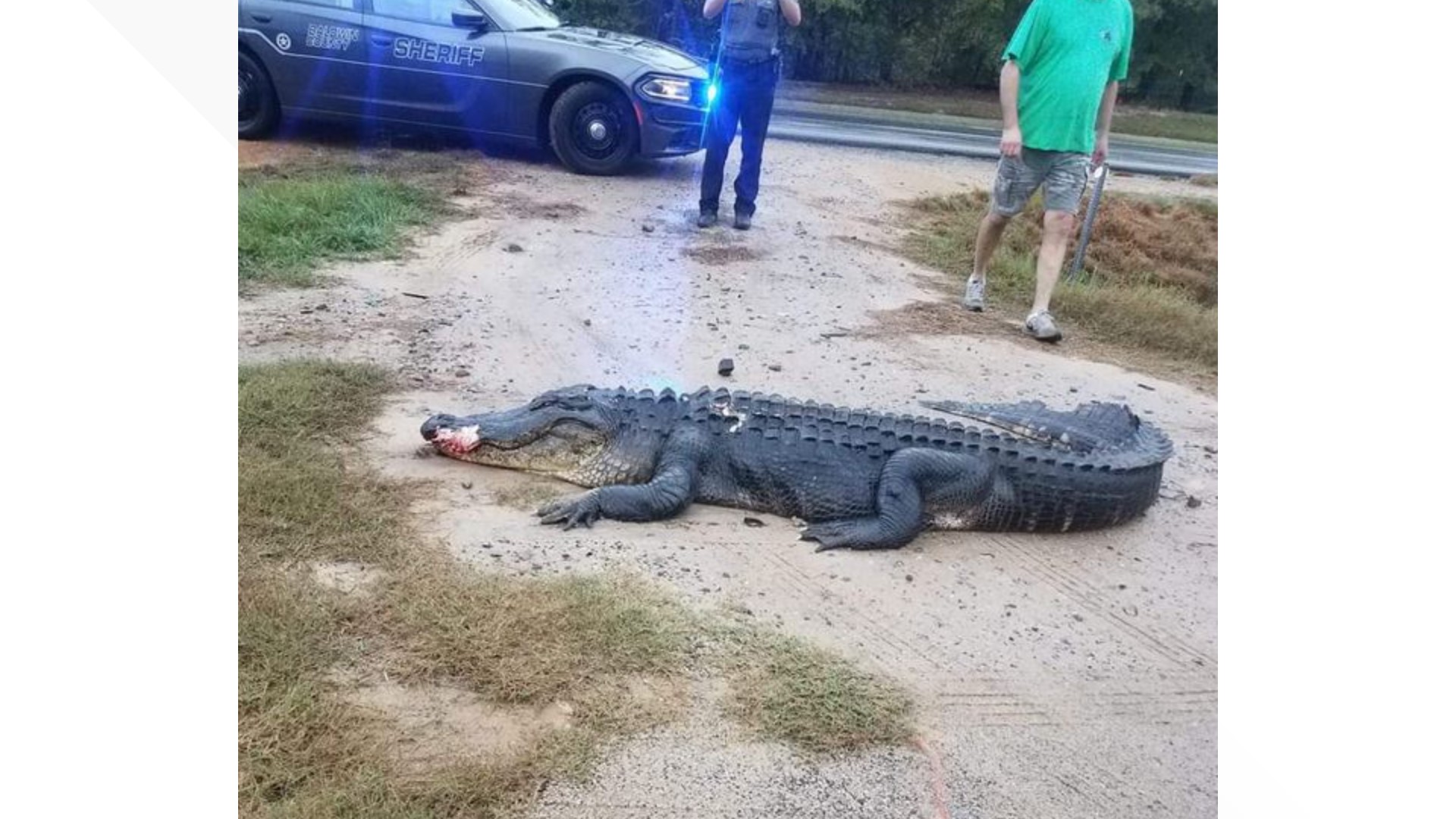 MILLEDGEVILLE, Ga. — A 10-foot alligator was hit and killed early Sunday morning in Milledgeville on Highway 441.

According to Deputy Brandon Towe, the call came in around 8 a.m. that a gator was hit near C & B Processing.

When Towe arrived, he says it was dead. Multiple people had hit it.

A passerby had a tape measure and said it was 10 feet 6 inches long.

Towe says this is the third alligator he’s heard of being hit in the area within the past few months. There are several ponds nearby.

A passerby tied a rope to the gator’s leg to pull it off the road. DNR came out to assist after that, according to Towe.