The crash happened on I-10 near mile marker 839 in Jefferson County. 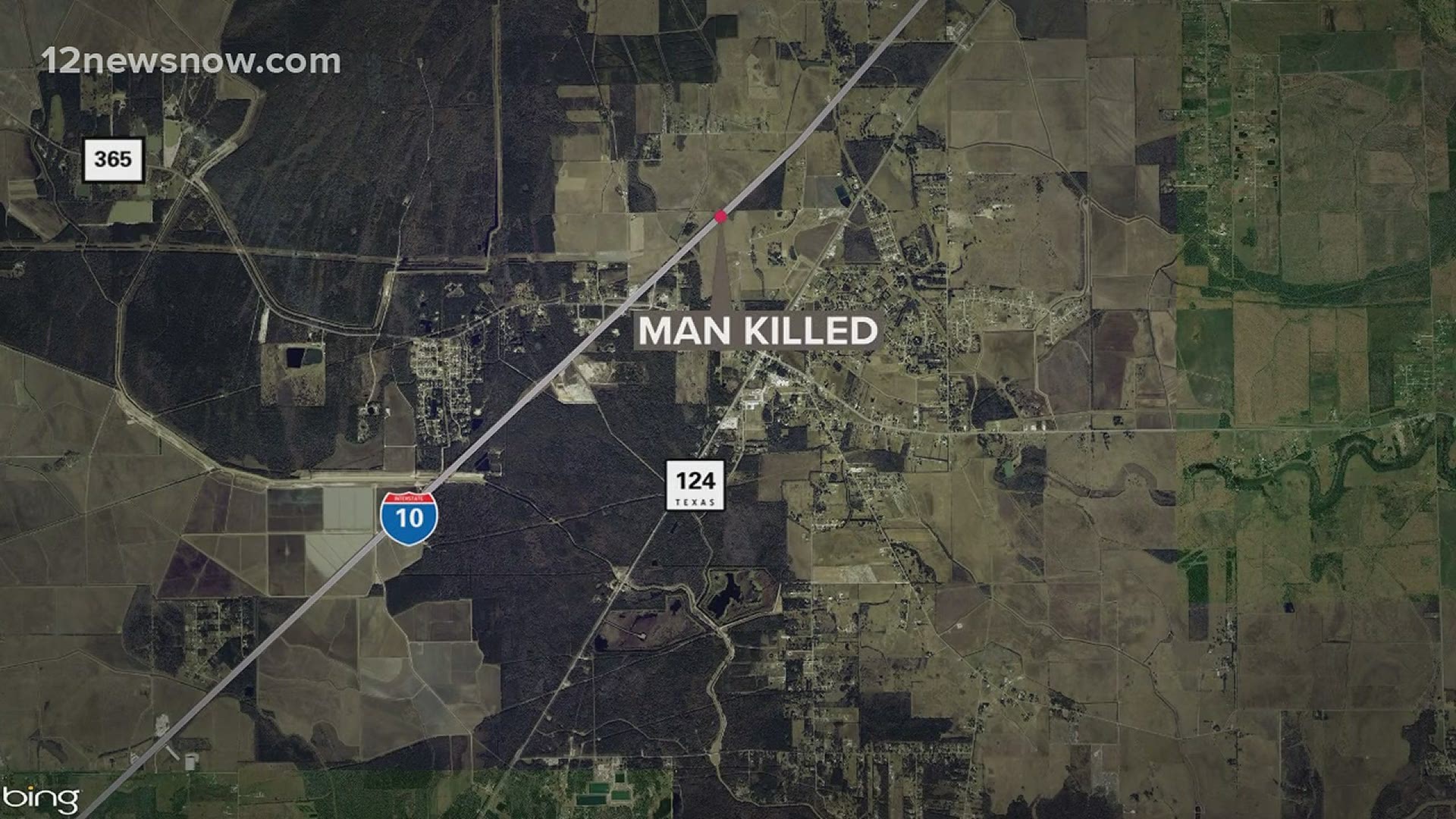 JEFFERSON COUNTY, Texas — A man has died after being hit by an SUV on I-10 Monday night, the Texas Department of Public Safety says.

39-year-old Richard Touchton from Florida was walking along a roadway of I-10 when he was hit by a 2017 Nissan SUV travelling eastbound on I-10, according to a DPS news release.

DPS reported to I-10 near mile marker 839 around 10:45 p.m. in Jefferson County where the crash occurred, records show.

Touchton was pronounced dead at the scene by Justice of the Peace Ray Chesson. Officials said the 34-year-old driver of the Nissan from Vidor was not injured.

On October 19, 2020, at approximately 10:45p.m., the Texas Department of Public Safety (DPS) responded to an auto-pedestrian crash on Interstate 10 in Jefferson County. The crash occurred near mile marker 839.

The preliminary crash investigation indicates that a 2017 Nissan SUV was traveling eastbound on Interstate 10. The driver of the Nissan struck a pedestrian that was walking in the roadway.

The pedestrian, 39-year-old Richard Touchton of Florida, was pronounced deceased by Justice of the Peace Ray Chesson at the scene.

The driver of the Nissan, a 34-year-old resident of Vidor, was not injured.

At this time, there are no additional details to be released.