His parents fled a war-filled Afghanistan in the 80s. Now, he fears for his family left behind dealing with the Taliban

“There [are] over 86,000, Afghans, men and women who assisted the United States government over their last 20 years in that country," Abdullah Amin said. 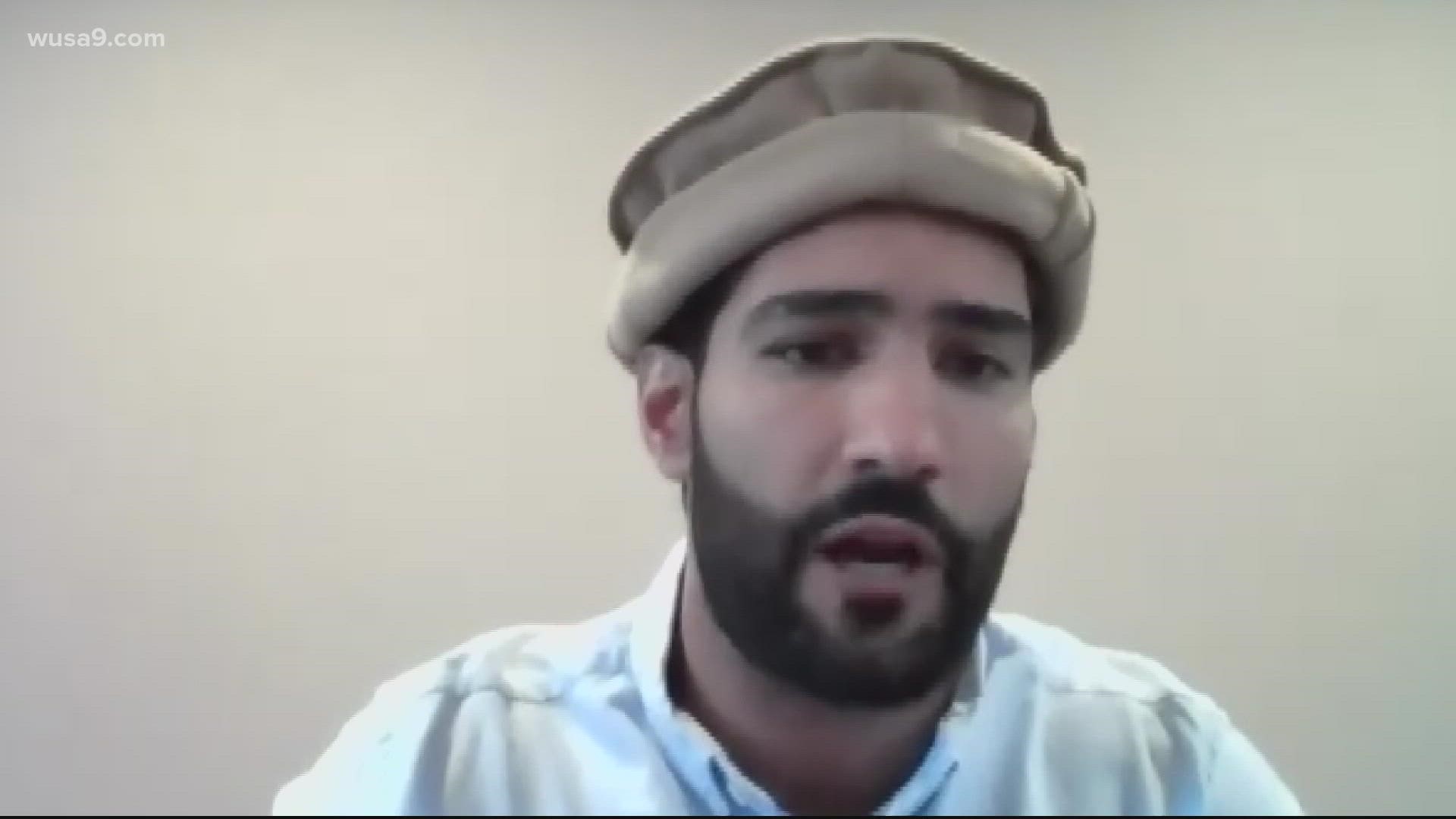 Afghan-Americans are now worried for their families subsequently being left behind in the crossfire.

“There [are] over 86,000, Afghans, men and women who assisted the United States government over their last 20 years in that country. And those people are being left to die, literally left to die because they are the prime target now for the Taliban,” Abdullah Amin said.

Amin is an Afghan-American man, whose parents fled a war-filled Afghanistan in the 1980s. Decades later, he and his family are flustered with the images coming from their native land of people hanging on to planes--attempting to flee.

"To them [his parents] it's almost like you have a sense of becoming numb to something that you've seen, experienced, and sort of lost hope for after almost 50 years-- their entire life, of seeing their country be like this," Amin said of his parents.

The Amin's have a large family living in Afghanistan. Amin said he’s in constant communication with his cousin.

"The only thing he would say that he's witnessed is the Taliban have gone into some homes and are taking women," Amin said.

#GetUpDC, We're hearing from one Afghan-American about his concerns with American troops being pulled from Afghanistan and the impact he believes it will have on women and girls. .@wusa9 pic.twitter.com/1kdPmghyri

He's now nervous for the women and girls, not only in his family, but who don’t have the resources to leave, being targeted by men of the Taliban.

"Men of power, who are threatened by women who are educated, women who don't follow the status quo per se. The common denominator in unifying, liberating, and progressing Afghanistan, or any people, is education and knowledge. These are the very things the Taliban suppress, particularly in women, because they cannot risk the enlightenment of future generations. That would be risking their wicked existence. And we must not risk the survival of the Afghan people. We must educate ourselves and spread awareness because knowledge is power, especially when it is shared,” Amin said.

He's hoping the men and women of this country won’t abandon those who need them now more than ever.

"We promised to stand up for justice. We promised to do the right thing. And yet, Afghanistan as the most recent example, we go in there, you don't help those that helped us. When we've had enough, we step out and I think as a country that decides to intervene in another country, it is our duty and our responsibility to look out for those that help us, that looked out for us," Amin added.

Abdullah also warned of fraudulent groups accepting donations that may never reach Afghanistan. To help those who are America bound, click here.

RELATED: How veterans who feel distressed by chaos in Afghanistan can seek help