The judge set Amanda Guthrie’s bond at $200,000 and ordered her to remain under house arrest. 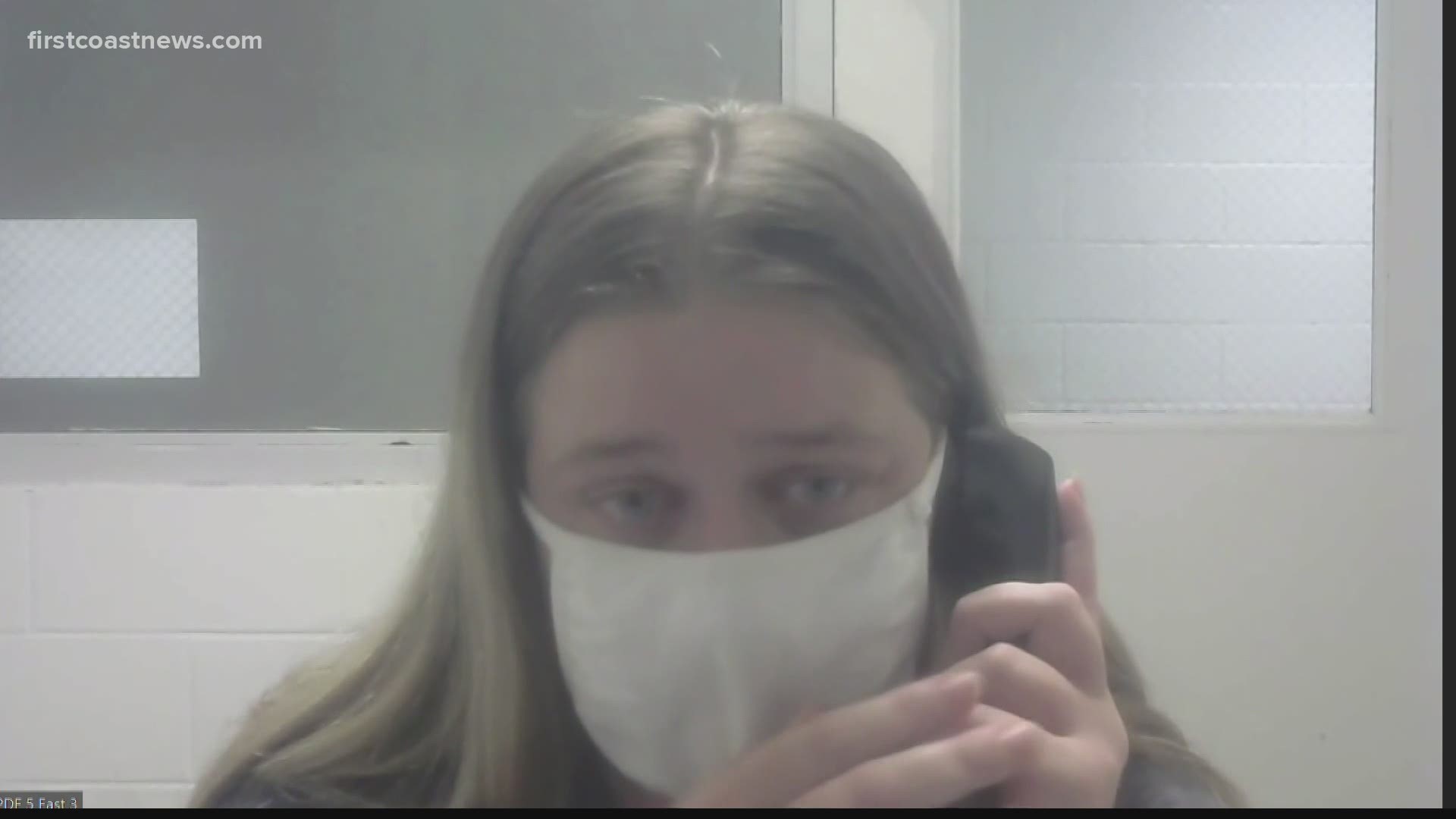 JACKSONVILLE, Fla. — A woman accused of killing her 14-year-old daughter with a gunshot to the head was in court Friday morning asking to be released from jail on bond.

Amanda Guthrie, 34, was arrested Jan. 19 following what her lawyer calls an accidental shooting. Guthrie bonded out of jail while her daughter, Ayva, was hospitalized in critical condition, but was rearrested when the girl died.

According to police, Guthrie’s daughter followed her mother into her bedroom and picked up the family’s 9mm handgun from atop a piece of furniture “and began to play with it.” Guthrie asked for the gun back, and when she did, the gun went off, shooting the girl in the face.

Guthrie’s attorney Richard Landis said it was a mischaracterization to say they were “playing with” the gun, and added that because Guthrie knew the “magazine was not in the gun, Ms. Guthrie believed the gun to be unloaded.”

He noted that Guthrie immediately called 911 after the shooting and cooperated fully with investigators.

In an emotional appeal to the court, Guthrie’s wife Ashley McMullin said neither she nor Guthrie thought the gun was loaded, because the magazine had been removed. She said Guthrie is not a flight risk, and that her job at a pizza parlor was holding her position open.

“We’d like to be together to grieve and she can return back to work," McMullin said.

But in a statement presented to the court on behalf of the child’s father, Aaron Begier, Assistant State Attorney Cameron French read, “She died because of Amanda’s selfishness, negligence and irresponsibility as a mother. Ayva didn’t deserve this. …The actions of Amanda were a thousand percent preventable. Amanda made this bed and now she needs to lay in it the rest of her life.”

Guthrie’s attorney argued she was rearrested on essentially the same charge – aggravated manslaughter of a child – and asked Judge Soud to “reinstate” her original bond. But prosecutors said the 2nd manslaughter charge filed was different because the original charge was coded as an "attempt."

Guthrie is charged with child neglect, aggravated manslaughter on a child under 18 and armed possession of over 20 grams of marijuana, as well as shooting or throwing deadly missiles in a house. She has pleaded not guilty.

Credit: GoFundMe
Ayva Jane Guthrie, 14, was shot and killed. Her mother was arrested.