October is Breast Cancer Awareness month and the folks at the American Cancer Society got creative with its fundraisers this year. 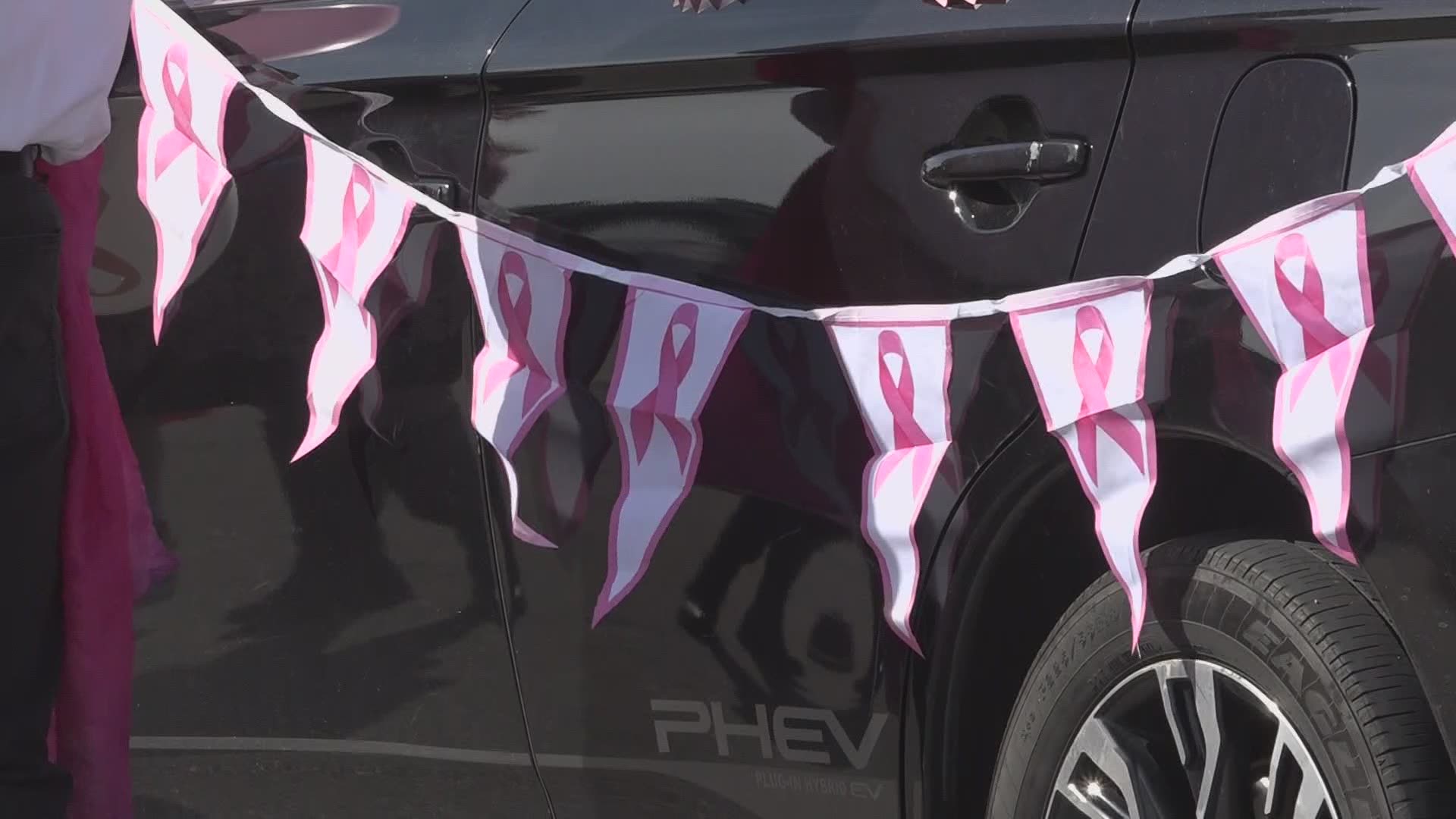 PORTLAND, Maine — Many walks and other events typically planned during Breast Cancer Awareness Month have been canceled or gone virtual.

On Sunday, the American Cancer Society held an event in Portland taking place entirely inside cars.

The American Cancer Society calls this a socially distant alternative to the annual fundraiser walk that is held at Fort Williams Park each fall.

Teams decorated their cars and drove through town to the Eastern Promenade.

The team that raised the most was "Hugill's Hikers" and the team leader is a breast cancer survivor herself.

She said getting regular mammograms is how her cancer was detected 11 years ago.

"They found it very early so I was very lucky in that fashion but it was stIll cancer so I ended up having to go through the full mastectomy and follow up surgeries and all that fun stuff but happily it was said and done after about a year and a half I was back to normal," Cheryl Hugill said.

Portland City Hall is also being lit up with pink in honor of Breast Cancer Awareness month.