The area around Coors Field can expect extra security, road closures this week

Several agencies will be working to make sure All-Star Game festivities are safe for everyone. 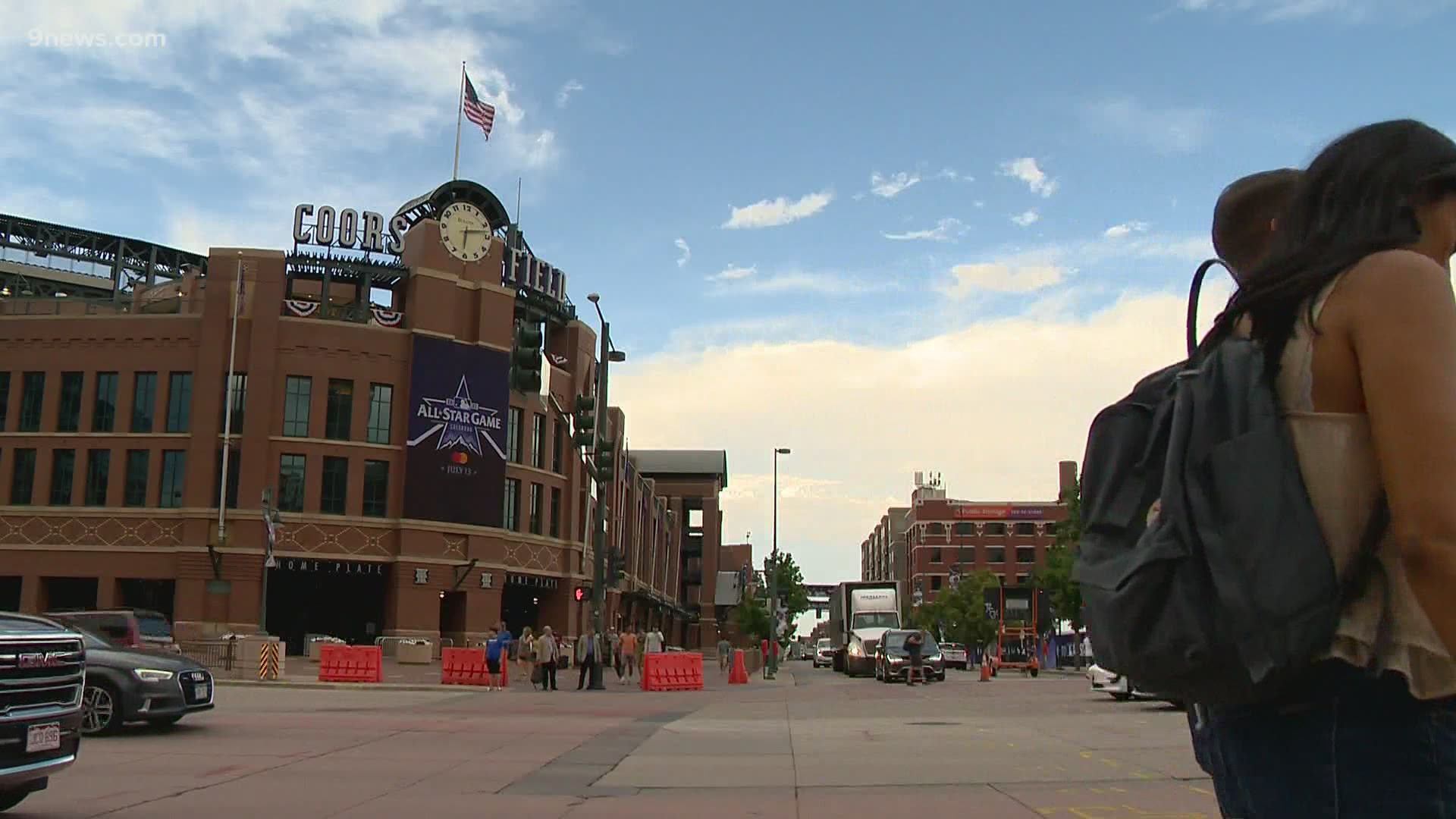 DENVER — The highly anticipated MLB All-Star Week is officially underway in Denver, drawing in thousands from both in and out of state.

With that, comes more road closures.

Some have already been in place, but much of the perimeter around Coors Field will be closed between July 11 and July 13.

But with any large crowd or big event, it also means more first responders and security.

Two street closures have been in place since the beginning of the month for Play Ball Park at the Colorado Convention Center.

From July 11 through July 13, road closures include:

"So for those folks that are coming downtown, obviously there's going to be a lot of traffic. A lot of people are out and about. And so just plan ahead, leave early and be patient," said Jill Lis, the Communications and Engagement Officer for the Office of Special Events with the City and County of Denver. "Of course, if people can take alternative transportation, whether that's rideshares or RTD trains and busses, that would really be ideal."

She adds that there will be designated drop off and pickup areas for rideshare apps.

For the Coors Field area, that would be at Market Street between 21st and 22nd.

For the Convention Center area, 14th between Stout and Arapahoe.

Denver did have less time to plan for the big week, but Lis said that didn't have much of an impact.

"...it was a big surprise when we got the word that the All-Star Game was moving to Denver, but we had been planning and proposing to host the All-Star Game in a future year. And so we had a lot of things in place. So, yes, there was a lot to do in a short period of time," she said. "But we were able to really work well together internally in the city and then with our other outside partners, including MLB. So it worked really well together and I think we're super prepared to do a great week."

RELATED: All-Star Week: A guide to the Midsummer Classic in Denver

Like any major event in any big city, people can expect to see an increase in security as well as first responders on standby.

The Denver Fire Department says they're implementing planning that they've used in the past.

Typically they have about 200 firefighters on duty in the city, with 35 more at Denver International Airport, but will have about 250 on duty for this event.

The Denver Police Department, while unable to go into specific details, said in a statement that they've been working diligently with city agencies, state and federal partners to create a comprehensive safety plan for All-Star Week.

"Fortunately, DPD is accustomed to managing large-scale events like this. Attendees and residents in Denver are asked to be aware of their surroundings, and immediately call police if they see suspicious or illegal activity," the statement said in part.

A spokesperson for FBI Denver also said they couldn't go into operational specifics, but that FBI Denver personnel have been continuing their normal course of preparing for a large event like this one.

"As always, we will collaborate with our law enforcement and community partners to identify and mitigate any potential threats quickly and effectively," the spokesperson said in a statement. "FBI Denver personnel are always ready to support our partners in protecting our community and provide an immediate response to any threat 24 hours as day."

ATF also said they'll be assisting DPD with the event.

As for keeping an eye on emergencies from the sky, Denver Health tells 9NEWS a drone is available that could be deployed during the All-Star Game or whenever needed to help find someone, assess a complex scene, perform emergency rescues and handle medical emergencies.

The agency says it also has an infrared camera that mounts on it, as well as a spotlight, depending on what the scene is calling for.

"...it's great to understand how logistically these kinds of planning sessions take place, meeting for months leading up to this event," said Fred Burton, the Executive Director of the Ontic Center for Protective Intelligence in Austin, Texas. "...one of the problematic areas when you're doing any kind of planning for a special event is those locations that are outside of your span of control."

Burton also has years of experience in law enforcement and counterterrorism, among other things.

He explained what some visitors may see in the area.

"In essence, what they will see is a very large uniformed police presence. They'll see security. But what you don't see is all the other federal agencies and support that are working behind the scenes," he said. "You'll have the eyes and ears of the fusion center looking at a lot of surveillance footage and tapes, and they'll be on point and on lookout for any kind of anomaly that might surface to try to respond to that quickly. Things such as backpacks that might be left in locations that are problematic."