A Valley man, Joshua Locke, is inspiring others to live a healthier life. He completed the Maricopa Trail -- 240 miles -- in just 70 hours. 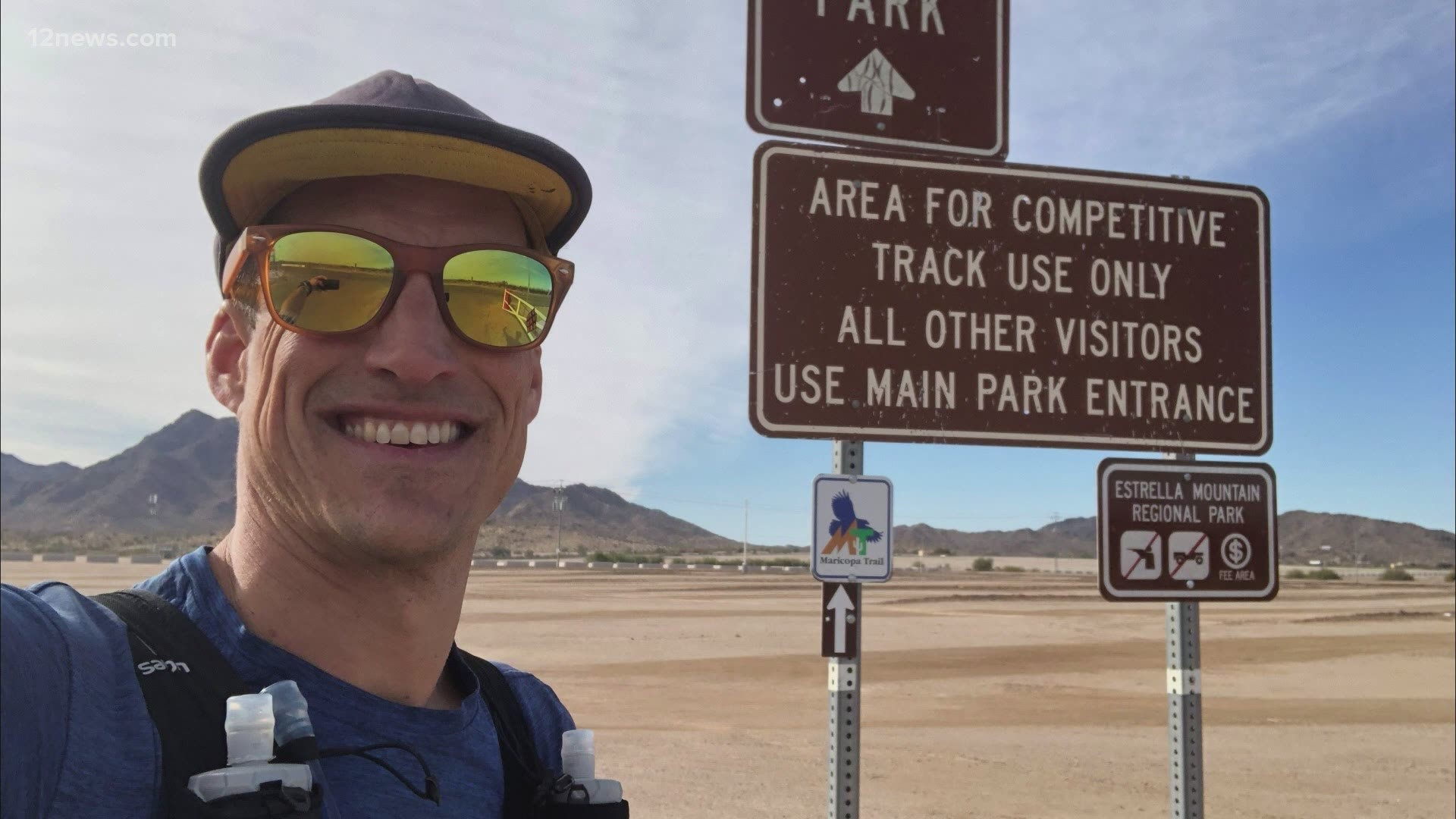 PHOENIX — An inspiring story here in the Valley is giving new meaning to a healthy lifestyle.

One local man, Josh Locke, clocked 240 miles in less than 72 hours, motivating many around Arizona.

Locke locked in 480,000 steps in less than 70 hours as he made his way around multiple regional parks.

"Trails through the desert, over mountains, things you would typically see in Arizona, I did see everything from deer to javelina," he added.

As an avid trail runner, Maricopa Trail, which loops all the way around town, connecting regional parks, was always on his radar.

He explains that there was little to no sleep throughout the adventure. He began the journey on Dec. 28 and completed it well before he planned.

"I started Monday at 5 a.m. with the intention of completing before the end of the year, which gave me approximately 91 hours, but I was pretty confident I could do it faster than that," he said.

He sure did! He finished all 240 miles at 69 hours and 40 minutes. He credits his significant other and two daughters for his dedication.

"I want them to know that hard things are hard but they can be done," Locke said.

While he isn't pushing others to do the same, he swears, sunshine and sneakers can take you a long way.

"Definitely just lace them up and go out and get outside!" Locke said.

He plans to do another 250-mile stint this coming May up to Flagstaff.