The library will be bringing the zombie Barbie craft back for this year's Halloween event. The north branch is especially in need of doll clothes and Ken dolls. 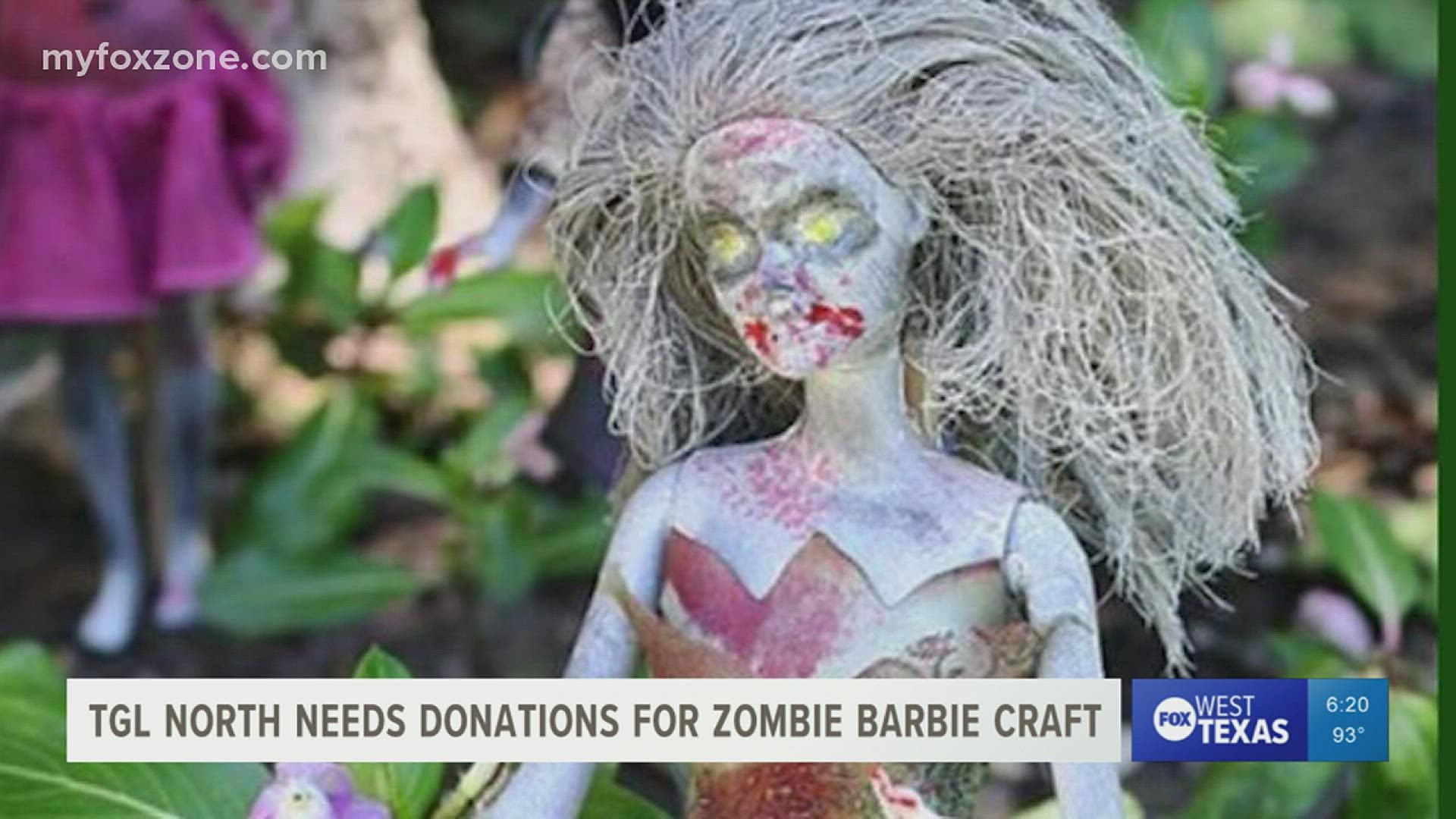 SAN ANGELO, Texas — The Tom Green County Library North Branch is in need of old dolls so they can bring them back from the dead.

The library is planning to bring back the zombie Barbie craft and display done in previous years, but this time it will be at the north branch at 3001 N. Chadbourne in San Angelo.

The craft will be done has part of the library's Halloween event on Saturday. Oct. 30. The event will start at 2 p.m. with a craft and story time geared towards children. At 3 p.m. the zombie Barbie craft will begin. Afterwards there will be a showing of 'Addams Family.' The zombie craft is open to any age who wants to participate, taking old dolls and making them look like climbed out of their graves.

North branch librarian Chelsea Preas said they have received several old Barbies, but many were not dressed.

"So, if you happen to have any old Barbie clothes, we don’t care what shape their in, even if their really ratty, we’ll take them, and Ken’s as well. Because you can’t have Zombie Barbie without undead Ken," Preas said.