Last week’s winter storm was a nightmare for many Texans and even wildlife species. Wildlife experts are now seeing which species were hit the hardest. 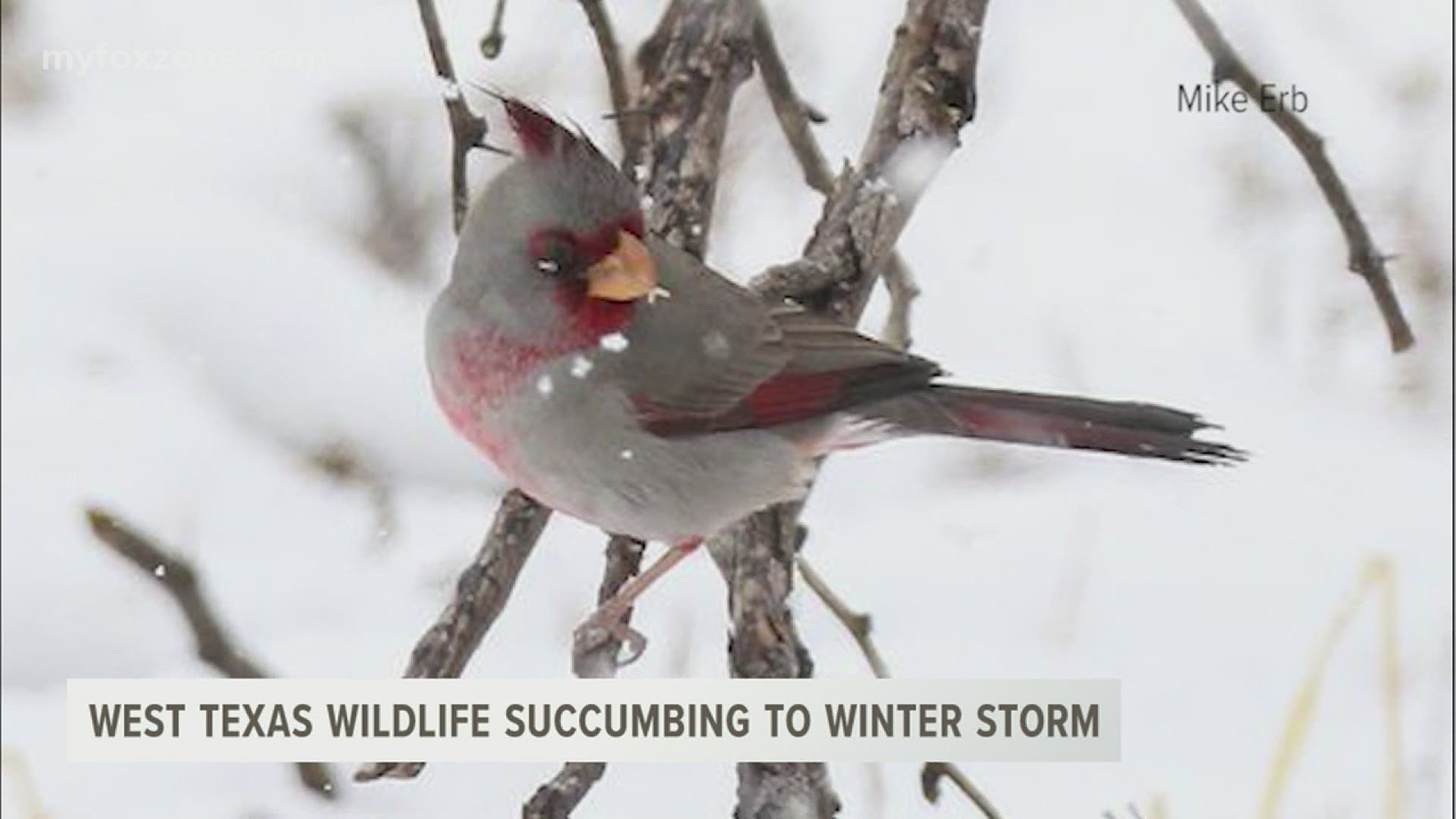 SAN ANGELO, Texas — West Texas is still recovering from last weeks winter storm, and for wildlife enthusiasts it means checking to see how our different species made it through. Many people have posted about finding dead possums and deer on their property after the consistent below freezing temperatures and snow, but Texas Parks and Wildlife Game Warden Major Jason Huebner said overall our native species fared rather well. Texas native animals include the white-tailed deer, bobcats, skunks, and possums.

Major Huebner said most of the death seen was from our exotic species such as axis deer and black buck antelope, which are from India. He said their bodies are just not meant to withstand those low temperatures, but more than anything, it comes down to whether an animal can find sufficient shelter. There were some native bird species that were hit pretty hard such as the bob white quail, which is a delicate animal.

Huebner said there is no extra preventative action the Texas Parks and Wildlife department can take since 95% of Texas is private land, but most ranchers and owners do supplement and provide deer feeders for their wildlife, which does help. Huebner said the good news, however, is with some good spring rain, these populations will be able to bounce back easily.

As for the San Angelo State Park, Interpretive Ranger Bonnie Wallace said they had volunteers saying on site to be able to feed the longhorn and bison, which were given extra food to ensure they had enough energy and nutrients to stay warm. These volunteers also broke up the ice in watering areas around the park so the herds and wildlife would have available water.

Wallace said they were fortunate not to have any animal deaths directly related to winter storm Uri. As for today, the park is open for day use and working to fix some bathroom pipe leaks around the camp.