Winters man gets help from community after fire destroys home

After losing his home of 35 years, a local man and his dog is needing the help of his neighbors to start over. 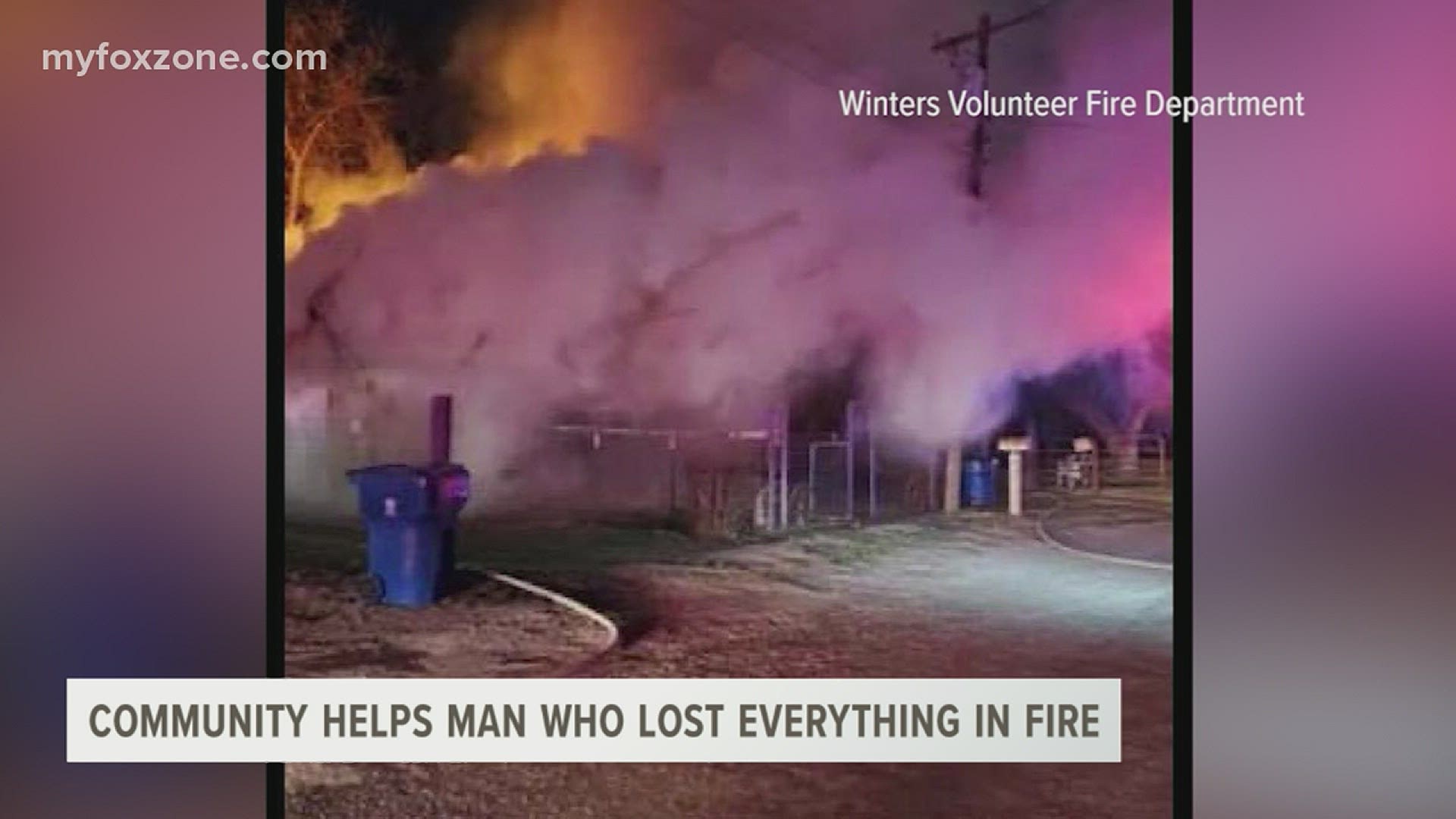 SAN ANGELO, Texas — Mickey Jett is a Winters native and retired truck driver whose roots run deep. He has a dog named Loki and has lived in his house for the past 35 years: a house that was moved to Winters in 1947 and lived in by his grandparents. However, after a recent structure fire, Mickey Jett is now starting from scratch.

Jett said it was around midnight when he woke up to loud noises. He thought it might be his neighbor, but when it continued, he went to investigate. He found his kitchen engulfed in flames and the loud noise was actually items exploding from the kitchen. Jett grabbed his dog and ran out the door without shoes or a coat. Outside waiting for him was the Winters Volunteer Fire Department, about to bust down the door to get him. One of those volunteers was Brandon Davis, who went home to tell his wife Christina the house was beyond saving. Christina Davis said she couldn’t sleep and immediately went to work to help Jett, who had one night in the Bliss Motel in Winters.

Christina Davis posted on Facebook asking for help. If people call Bliss Motel, they can donate a night to the ‘fire victim’ for $50, $325 for a whole week, or $1,000 for a month. The Bliss Motel’s phone number is 325-754-0241. Davis and Jett are working to get an appointment with government apartments for a temporary home, but it may be awhile before Jett is settled. While he is in need of almost everything material wise, they can only accept so many possessions while he is in the hotel room, so they are asking first and foremost for people to help with the hotel bills. Everything destroyed in the fire was completely payed off, including a truck, motorcycle, and the house. Beside Jett and his dog, the only other thing salvageable was his vehicle, which he still owes $20,000 on. The house was uninsured. Jett said he is very fortunate that his dog Loki and himself were not injured during the event. He said he hopes in the future to be able to tear down the house’s remains and one day put up an affordable building to return home.