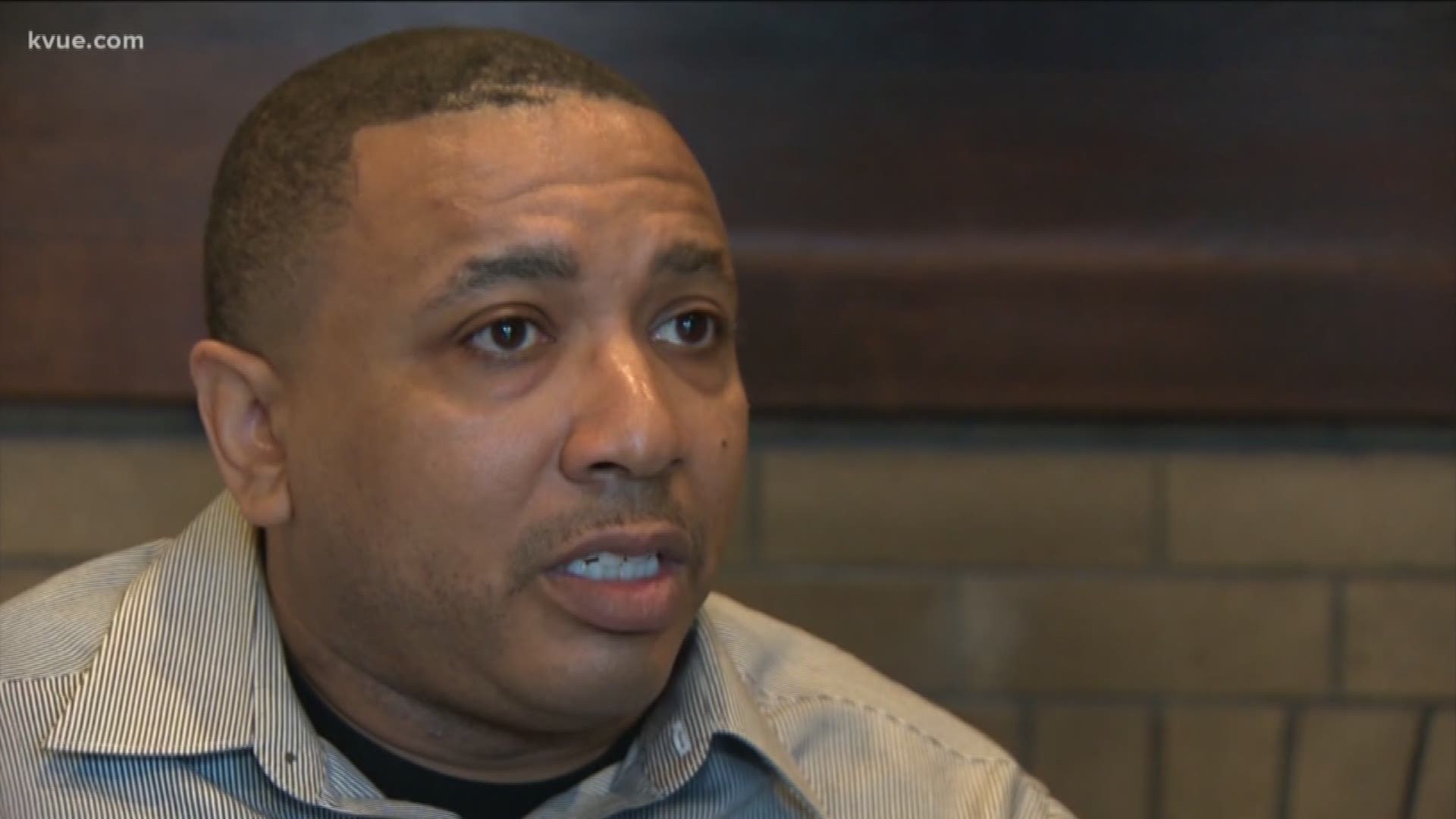 AUSTIN, Texas — An Austin police detective has sued the City of Austin and a former assistant chief over allegations of racism and a pattern of not awarding prestigious assignments to African Americans.

Detective LaMarcus Wells, who has been with the Austin Police Department for about 12 years, said allegations that former Assistant Chief Justin Newsom called him a "stupid [expletive] N-word" were a gut punch.

“I felt a sense of betrayal,” Wells said Friday in an interview. “Then it set in that it was hurtful, and now, basically, I’m trying to wrap my head around it.”

According to the lawsuit filed in U.S. District Court, the allegations against Newsom highlight a broader issue in which the department denies "highly desired, objectively prestigious positions in certain units." The suit said Wells sought about a dozen transfers since 2010 that were denied until he received his current assignment in January 2018.

The suit said he was qualified for the positions, had strong performance reviews and was recommended by his supervisor for all of the positions.

The issue became a public controversy after an anonymous complaint was filed against Newsom in recent weeks. It alleged he frequently used the N-word to refer to other officers and public officials.

Chief Brian Manley has been accused of not quickly addressing the allegation, which has led to an outside investigation ordered by the city manager's office.

Dan Ross, who represents Wells, said he is hoping the lawsuit results in a better department.

"The values of our community are to treat all human beings as equal, and we hope that, through what we are doing, we can bring a change in that direction," Ross said.

Newsom declined to comment Friday but has said in a statement that although he does not recall the incidents in the complaint against him, he has used "inappropriate language."

Austin city officials said in a statement Friday that they are reviewing the lawsuit and are taking the matter seriously.

Suspect in custody after deadly shooting near Manor