‘We have too many guns’: Austin Mayor Adler discusses deadly BLM protest shooting

The mayor also talked about COVID-19 in the Austin area and what he thinks about Tesla coming to Travis County. 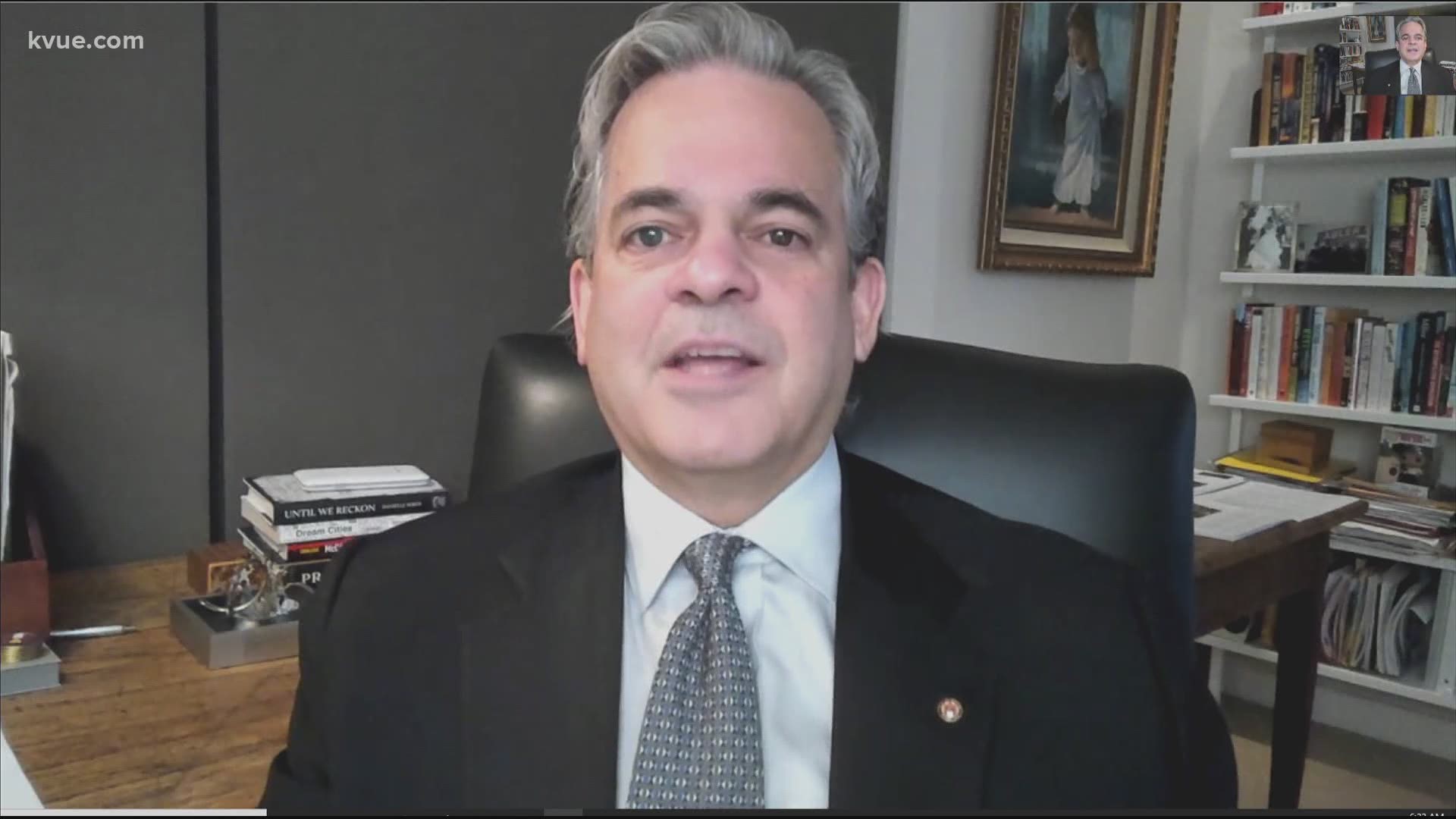 AUSTIN, Texas — Austin Mayor Steve Adler joined KVUE Daybreak on July 27 to talk about the deadly Austin protest shooting over the weekend and to give an update on coronavirus in the Austin area.

Austin gathers for vigil after man killed while protesting in downtown

"You know, we have a protester that ended up getting killed, and that's horrific. I am taken by the fact that in that split moment, in that second, we had three different guns that were at play," the mayor explained. "We had eight shots, and, my, we have too many guns and we have to do better. I think just generally speaking, as a society and taking guns off the streets like this."

Pictures of Foster and his fiancee, Whitney Mitchell, have been circulating on social media since the shooting. In an interview with Good Morning America, Foster's mother told Foster and Mitchell's story.

When it comes to the coronavirus pandemic, Mayor Adler said we have to lower the number of cases that are in the city.

"If we could lower the infectivity so that, you know, one to five people, one out of 10 people are now walking around with the virus, whether they know it or not, being at the levels down lower than when you find the virus, you can do a better job of isolating it and containing it," he explained. "That's the next step for us."

Mayor Adler added that right now, the Austin area is lowering the cases and decreasing the infectivity in the community.

Lastly, the mayor talked to KVUE about Tesla moving to Austin and said it will help the economy.

"You know, for a few years now, we've been trying to really help economic development by way of workforce development in our city. I mean, we would close our eyes and imagine what it is that we would like to come to Austin. It was manufacturing," Mayor Adler explained. "Manufacturing provides jobs that are middle-skill jobs, jobs that don't necessarily require a four-year degree. You can take a two-year degree or a certificate, and we would love to have something like that located on the East side of town where we need economic engines. So, this Tesla move has as virtually so many of the things that we would have wanted to have. It could take thousands of people ultimately out of poverty, out of a living wage situation, and into a living wage situation."

What to know as federal unemployment assistance ends for Texans