Amber Cook, 32, was booked into the Smith County Jail. 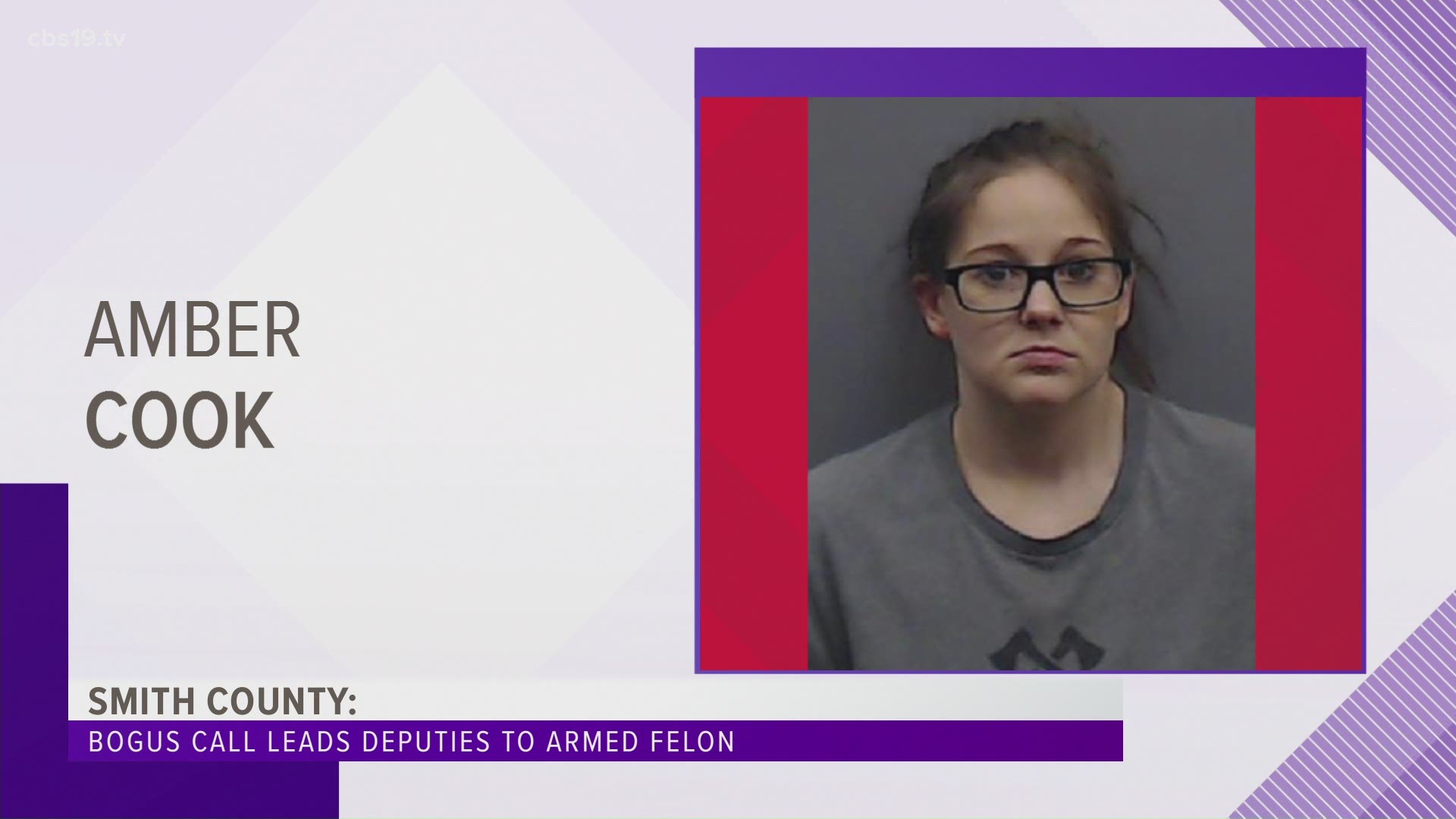 LINDALE, Texas — A bogus shooting call led to the arrest of a convicted felon with drugs, according to the Smith County Sheriff's Office (SCSO).

On Thursday, around 3:20 a.m., Smith County Dispatch received a 911 call from a man who said a woman, identified as Amber Cook, had been shot at 15787 Hickory Drive in Lindale.  The caller stated the victim’s boyfriend had shot her in the back with a shotgun and ran away from the location. He further stated the victim was in a small shed covered in vines at this location.

Deputies quickly responded to the address and were able to locate the shed matching the description given by the caller.

"Deputies announced their presence and forced entry into the shed to check the welfare of anyone inside," the SCSO said in a statement. "Upon entry, Amber Cook was located hiding from the deputies in a clothes basket. Upon closer examination, Cook was found to be unharmed and in possession of a shotgun and methamphetamine."

She was booked into the Smith County Jail.

"This was apparently a bogus call to garner a response from the sheriff’s office," the SCSO said. "Although it ended without anyone being injured, this could have been a serious situation. The deputies primary concern was the safety and well-being of the alleged injured victim. Instead, upon forcibly entering the shed they encountered a felon with a loaded firearm. Thankfully, no one was injured and the situation ended peacefully."