Breckenridge City Pool is getting an unexpected facelift

Breckenridge City Pool is looking at approximately $70,000 in damages from Winter Storm Uri. 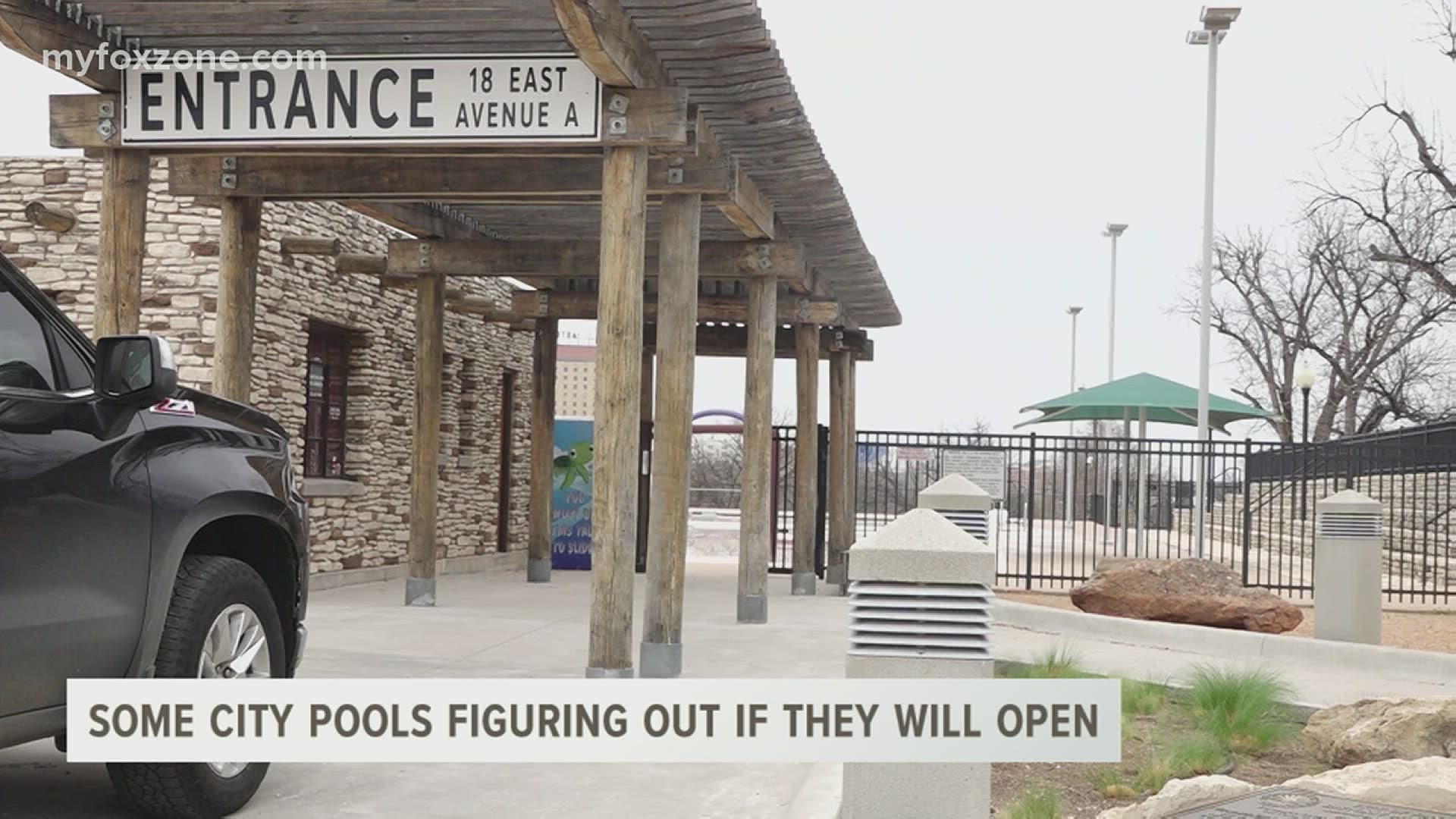 BRECKENRIDGE, Texas — Over last year, the Breckenridge City Pool has been shut down; and the City of San Angelo's Love Municipal Pool has been closed since Labor Day.

The Breckenridge pool is facing $70,000 in damage because of the recent winter storms.

Pool officials noted many people's pools froze solid, causing them many challenges. Now causing pool to not hire new staff for this upcoming season. As a result, they are now faced with figuring out how they will stay afloat. One of the ways they are hoping to make payments is by leasing out their facility.

Heather Robertson-Caraway, the interim City Manager, and City Secretary of Breckenridge explains how this process will work.

"We're short-staffed. So we're actually looking into possibly someone else leasing the pool. I've done some research and that is a possibility where it will still be a public pool but the municipality can lease it out," Robertson-Caraway said.

Community members planning to hit the water can expect a few changes at the City of San Angelo's Love Municipal Pool - including repairs the pool officials say are overdue. Safe protocols and measures will also continue.

Jordon Minjarez, recreational supervisor at the City of San Angelo, gave some safety protocol updates, which he notes can change by the time it's time to officially open the pool.

"We would be able to open at 100%, we would recommend masks. It wouldn't be required as we are doing in our city facilities at this time. Our staff through, unless they're a lifeguard will have to be wearing their mask in order to protect you know, our citizens," Minjarez said. "We will be disinfecting, sanitizing regularly. That's not going to change for us. We will be encouraging social distancing as well, but this is if we were to open tomorrow. Things can still change."

The official 2021 season for the Breckenridge City Pool has a tentative date of April. The City of San Angelo Municipal Pool is expected to open Memorial Day weekend.