Members of the Native American community and other activists have been vocal opponents of tributes to Christopher Columbus for many years. 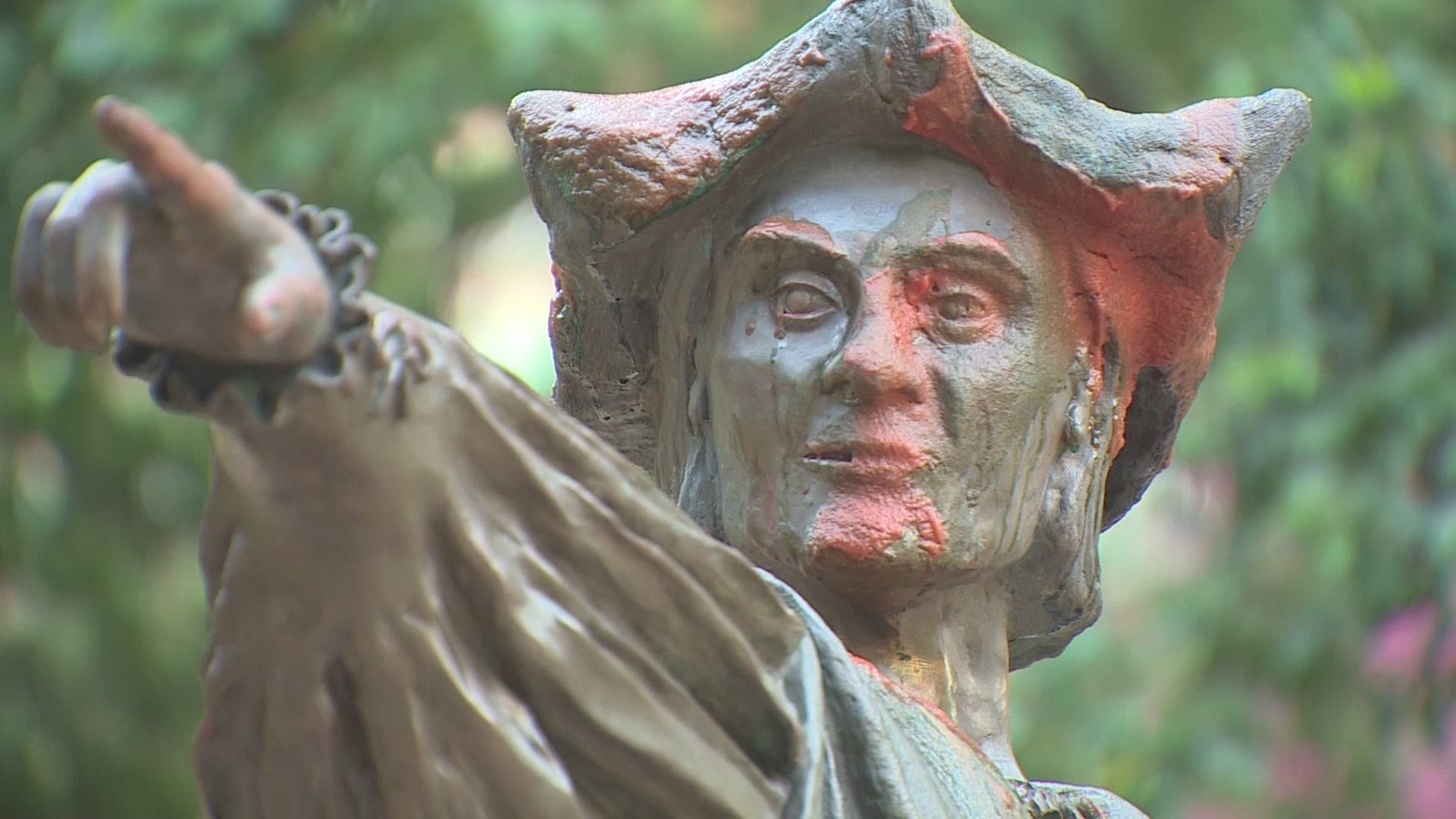 HOUSTON — The Christopher Columbus statue in Houston's Bell Park has been vandalized for a third time in the last week.

Sometime overnight, the statue was splashed with tomato sauce.

Last week, a vandal sawed off and stole the statue’s left hand. The night before that, the statue was doused in red paint and left with a cardboard sign reading “rip the head from your oppressor."

The statue is one of many across the country and the world that have recently become the target of activists and protesters.

The Columbus statue in Houston's Bell Park has been defaced with red paint before, including in 2017.

The Italian-American Organizations of Greater Houston donated the statue to the city in 1992.

Members of the Native American community have been vocal opponents of tributes to Christopher Columbus for many years, with the American Indian Movement calling Columbus a "colonial pirate" and murderer in a 2005 news release, calling for an end of the Columbus Day holiday.

So far the city has not said what will happen with the Christopher Columbus statue, if anything.