Most Confederate symbols in Houston gone, but some remain in neighboring counties

According to the Southern Poverty Law Center, Wharton, Bay City, Huntsville and Livingston still have Confederate monuments on display. 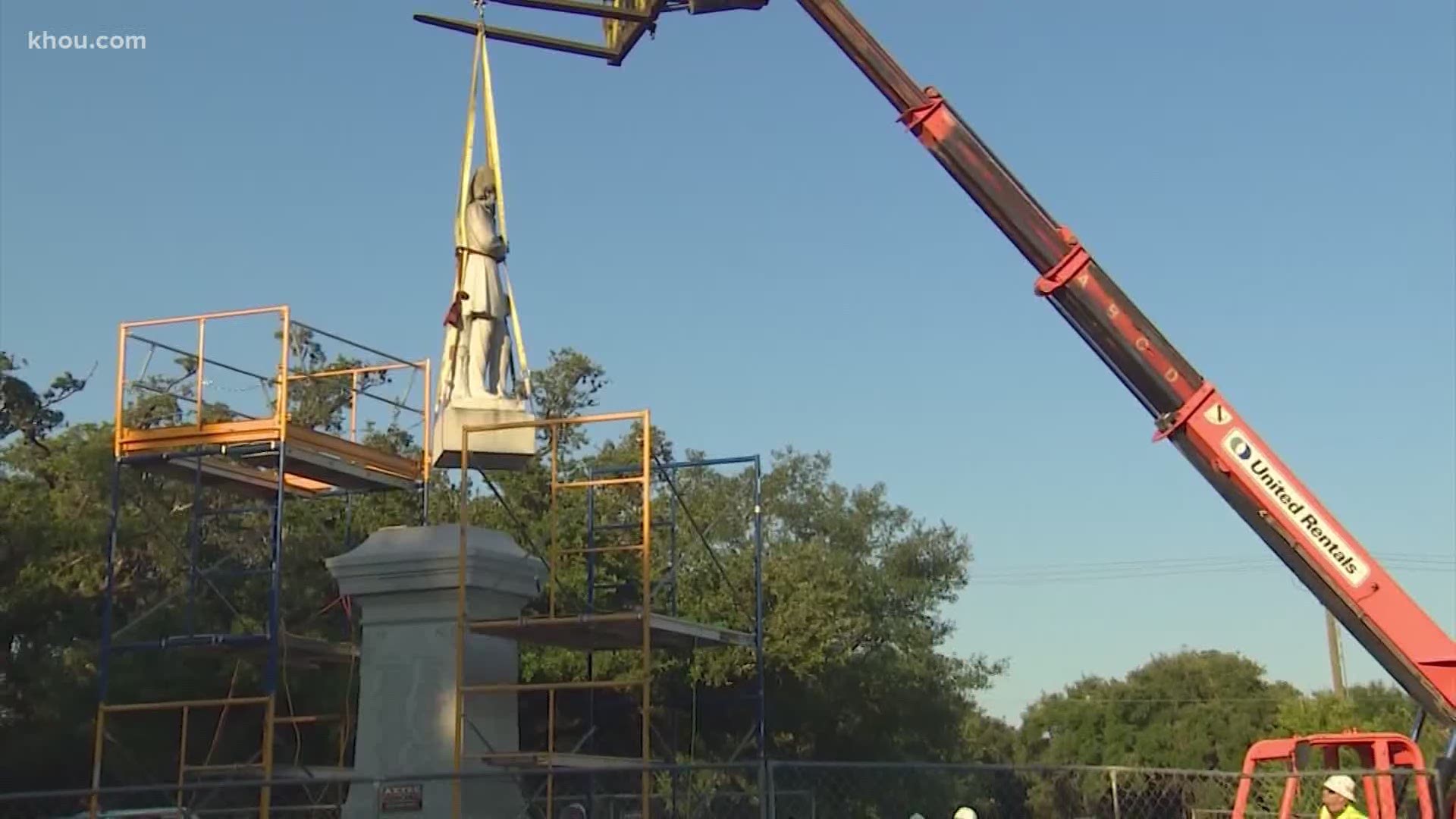 HOUSTON, Texas — The push to remove Confederate symbols from public places is bigger than ever.

And while most are gone in Houston, several Confederate monuments can still be found in surrounding communities.

The last two statues, the Spirit of the Confederacy and Dick Dowling, were removed this week from Houston parks.

Texas State Rep. Jarvis Johnson, who represents District 139 said, “To have them moved to another location doesn’t do justice. It just simply puts a band-aid over the wound.

“They were slave owners that owned other humans and treated them as cattle,” he said.

One of last remaining signs of the Confederacy within city limits is Robert Lee Road near I-45 and 610.

To find any more you’d have to go to surrounding counties like Galveston, outside of the old courthouse.

It is currently covered with a tarp after Juneteenth protests were held outside.

He wants the monument taken down.

“When you have a monument that’s really painful and traumatic to a part of the population and you’re a governmental agency when it comes to Galveston County, you have a duty in sense to represent all people,” Fanuiel IV said.

According to the Southern Poverty Law Center, Wharton, Bay City, Huntsville and Livingston still have Confederate monuments on display.

Rep. Johnson said, “There is no place in America where any of these statues offer any historical value or educational value.”

Even if all the monuments are removed, the state still celebrates the Confederacy with ‘Confederate Heroes Day’ in January every year.

“It continues to place a positive light on negative individuals who I think are deplorable,” Johnson said.

He said as long as Confederate symbols are recognized, they’ll feel oppressed.