The skeletal remains of a missing soldier that were found Friday in Killeen have been identified as the remains of Missing Fort Hood Soldier Gregory Morales. 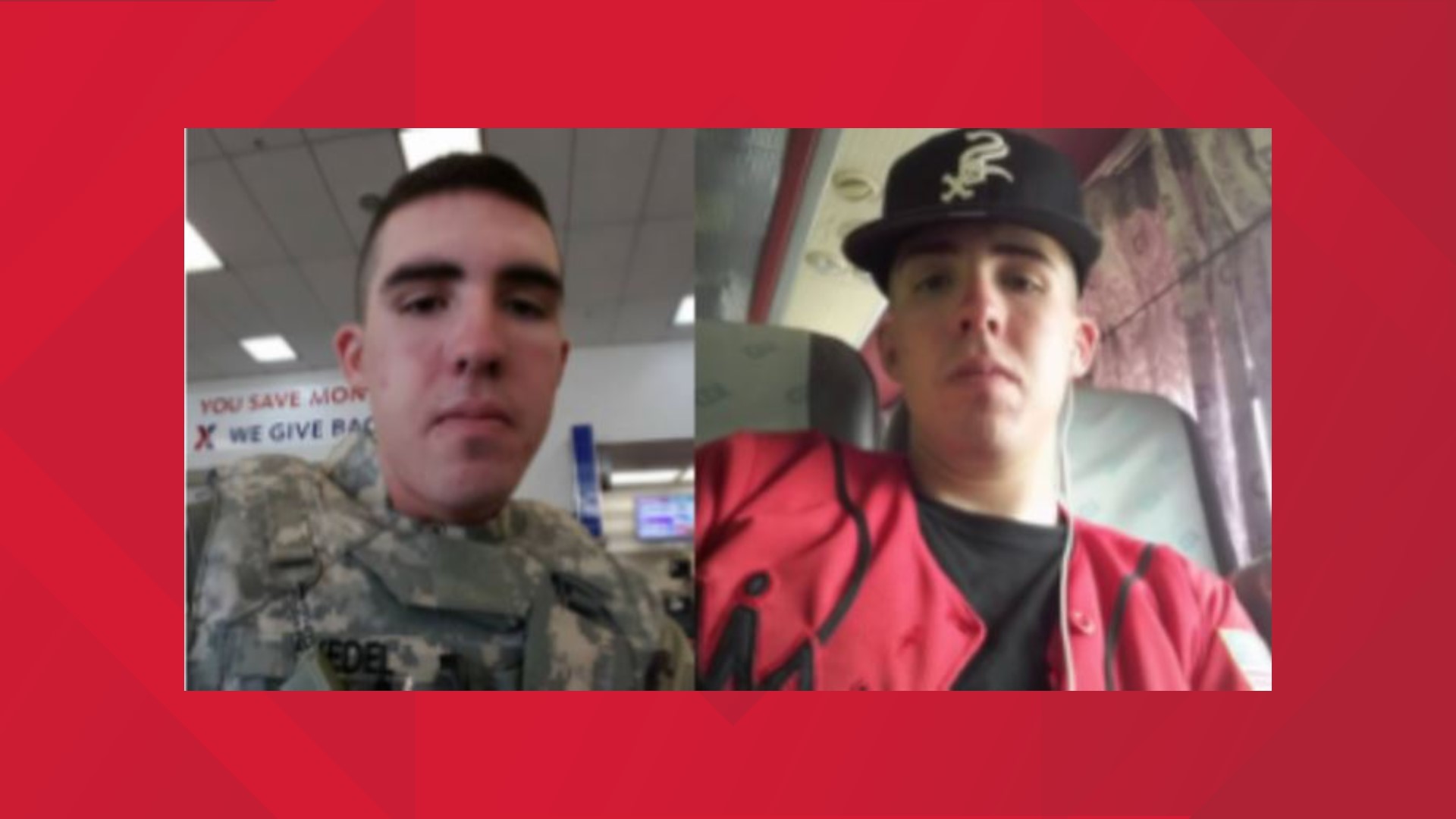 FORT HOOD, Texas — The skeletal remains of a missing soldier that were found Friday in Killeen have been identified as the remains of Missing Fort Hood Soldier Gregory Morales, according to the U.S. Criminal Investigation Division.

Morales’ remains were discovered in a field near the 3200 block of Florence Road Friday morning after U.S. Army Criminal Investigation Command Special Agents received information as to the location of the body.

According to CID, foul play is suspected.

Army Special Agents are working closely with the Killeen Police Department and are offering a reward of up to $25,000 to anyone with credible information that concerns the circumstances that surround the death of Morales.

Morales was identified using dental records with the assistance of the U.S. Army Dental Corps, according to CID.

An autopsy is scheduled to determine the cause and manner of death. At this point, investigators have no credible information that this case is in any way connected to the search for Pfc. Vanessa Guillen who went missing from Fort Hood in April. That investigation is still being aggressively investigated, according to CID.

Morales was last seen driving his car outside of Fort Hood in Killeen on the night of August 19, 2019.

He was driving a Black Kia Rio with Texas temporary license tags. The car was later recovered by authorities, according to U.S. Army Criminal Investigation Command.

The last known contact with Morales was on August 20. Morales was out-processing from the army and was scheduled to be discharged within a couple of days when he disappeared, according to the U.S. Army Criminal Investigation Command.