Following a video showing a praying mantis devouring an Asian giant hornet, the Washington State Dept. of Agriculture is clearing up questions about the insects. 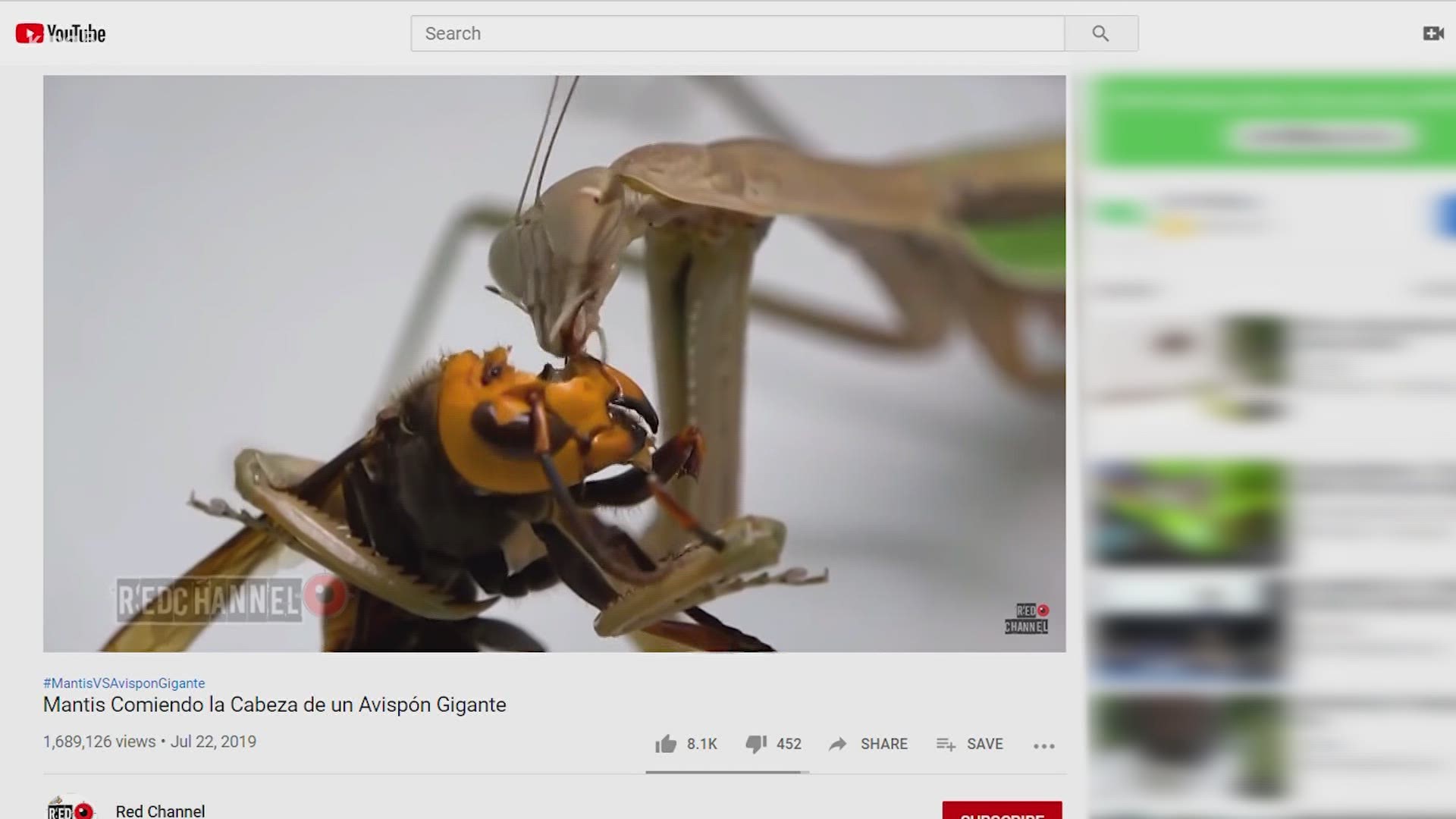 SEATTLE — Could praying mantises be a feasible way to control or kill Asian giant hornets in Washington state? Experts say no, but the mantis could certainly put up a good fight.

The question was raised to the Washington State Department of Agriculture (WSDA) after a video was posted online showing a large praying mantis attacking and quickly consuming an Asian giant hornet.

Due to the mantises' predatory reputation, people asked why scientists couldn't use them as a natural way to eradicate the Asian giant hornets. WSDA said it's not that simple.

First, the Asian giant hornet in the video that WSDA referenced was anesthetized before filming, according to WSDA's Chris Looney, who wrote about the video in his most recent blog post.

"While it is certainly possible that a mantis could kill an Asian giant hornet in the field, it is also likely that the hornet would kill the mantis. In fact, praying mantises are a well-documented food source for Asian giant hornets in their native range," Looney said.

A praying mantis can only eat so many insects and they would have to be in the right place at the right time to catch one, Looney said. There's no evidence that mantises would preferentially seek hornets or their nests.

Praying mantises are 1 to 4 inches long, making them some of the largest and most recognizable predators. According to a report by Washington State University (WSU), mantises are "sit and wait" predators that pounce on any insect that comes close, including beneficial insects like bees and butterflies.

If there did happen to be a rare hornet vs. mantis encounter, the mantis may already be satisfied from eating other insects and not care about the hornet's presence.

Looney said mantises will eat honey bees. The presence of praying mantises could cause honey bees to avoid foraging in that area, so saturating the landscape with mantises would likely have negative impacts on managed pollinators and many native insect species, according to Looney.

"The two large praying mantises in Washington state are introduced species, and while they are an interesting and acceptable presence in our gardens, they aren’t effective or specialized enough to control any species of insect – including Asian giant hornets – at a large scale," Looney said.

Mantises are most often seen in the garden from mid-summer to mid-autumn and then die off by the first frosts of autumn.

The Asian giant hornet is an invasive species that attack honey beehives for protein, potentially taking out 30,000 honey bees in an otherwise healthy hive.

Five Asian giant hornets have been found in Whatcom County since last winter. The WSDA recently set out traps to capture and eradicate the invasive species.

There are currently about 1700 in the field - you can learn how to set your own here. 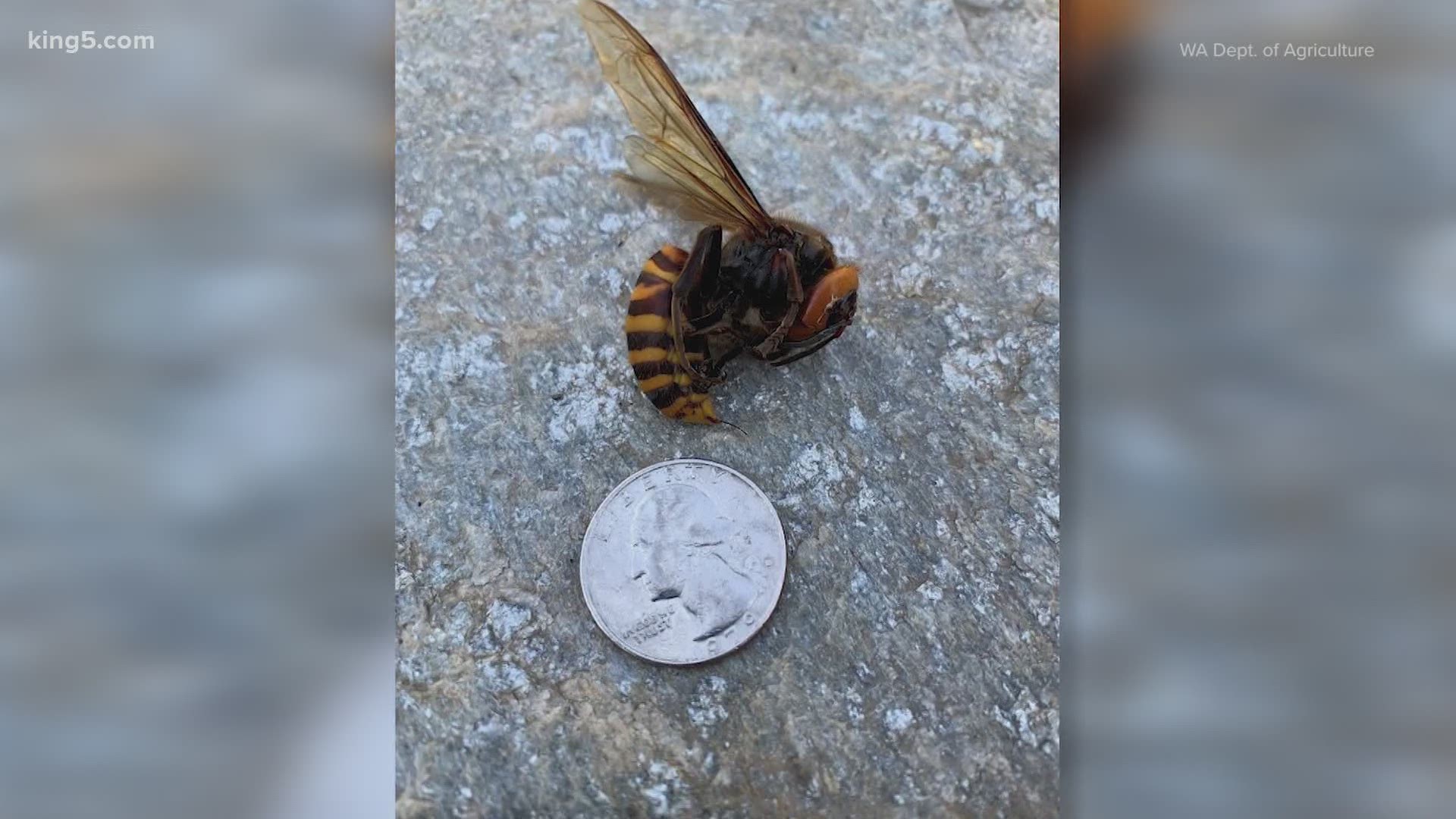