Couple trying to get home was surrounded, shot at during a west Houston 'street takeover'

The video shows a gunman shooting the couple's vehicle as they tried to flee from the mob. 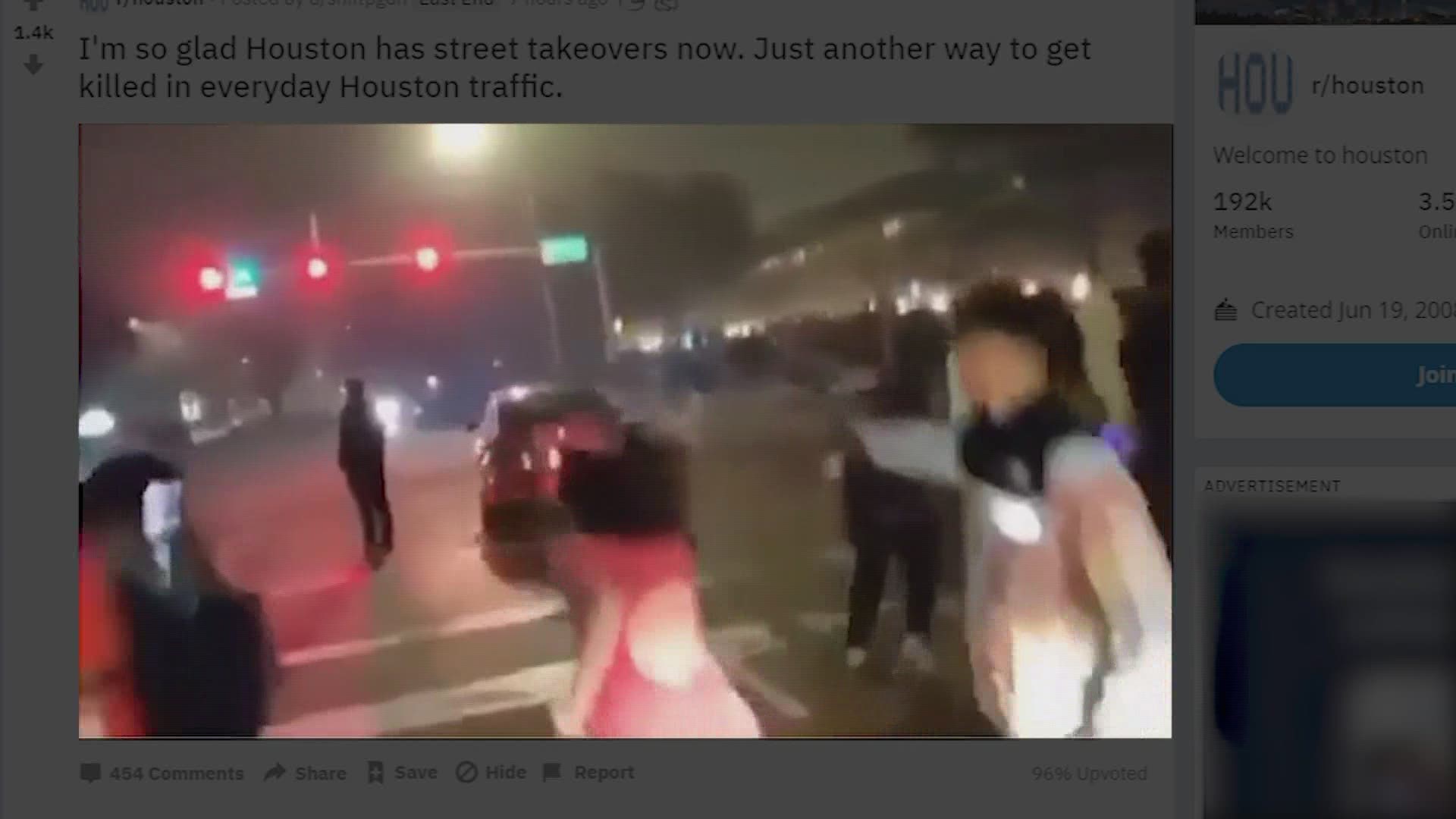 HOUSTON — Houston police are looking for a gunman who fired shots at a vehicle that managed to escape a “street takeover” in west Houston early Monday morning.

Video was posted to Reddit hours after the incident occurred.

“People getting out of their cars everywhere,” the driver who was shot at said. “It was just surreal just to stop and not be able to do anything just a complete street takeover.”

The man, who did not want to be identified by name, said he and his fiancée were driving home from a friend’s house with their dog in the back seat. As they approached the intersection of Enclave Parkway and Forkland Drive, they saw the cars were double-parked and they couldn't turn around.

A large crowd was gathered at the end of the block, standing in the roadway, watching cars perform donuts under the stoplight.

There was no way to get through.

The man said a person with a megaphone realized he wasn’t supposed to be there and the crowd surrounded the car.

“The crowd figured out it was a Tesla and had cameras, and this was going to capture everything that was going on around them, and on top of that, they realized that we were calling the police. Sure enough, we did,” he said. “And they were going to take it out on us; and weren’t going to let us through.”

What happens next is clearly shown in Reddit video.

The couple was harassed and their dog was taunted as the driver looked for a way out. His fiancee was on the phone with a 911 dispatcher.

“I was seriously wondering if we were going to get killed that night,” the man said.

Finally, he made a break for it but someone in the crowd fired a gun at the fleeing couple.

“That was frightening, just scary,” the driver said. “Just to see that for no reason whatsoever, for him to just shoot at us as we were trying to get out of the way; just literally get out of there.”

Police said detectives are aggressively pursuing the case and are eager to catch the gunman. They said they think the man could be charged with aggravated assault with a deadly weapon.

Police are asking anyone with information to call Houston Crimestoppers at 713-521-4600.