Addicted to vaping? Doctor suggests to get your lungs checked.

Dr. John Duncan is concerned about the impact of vaping on lungs. He said anyone who vapes should talk to their doctor about scanning their lungs. 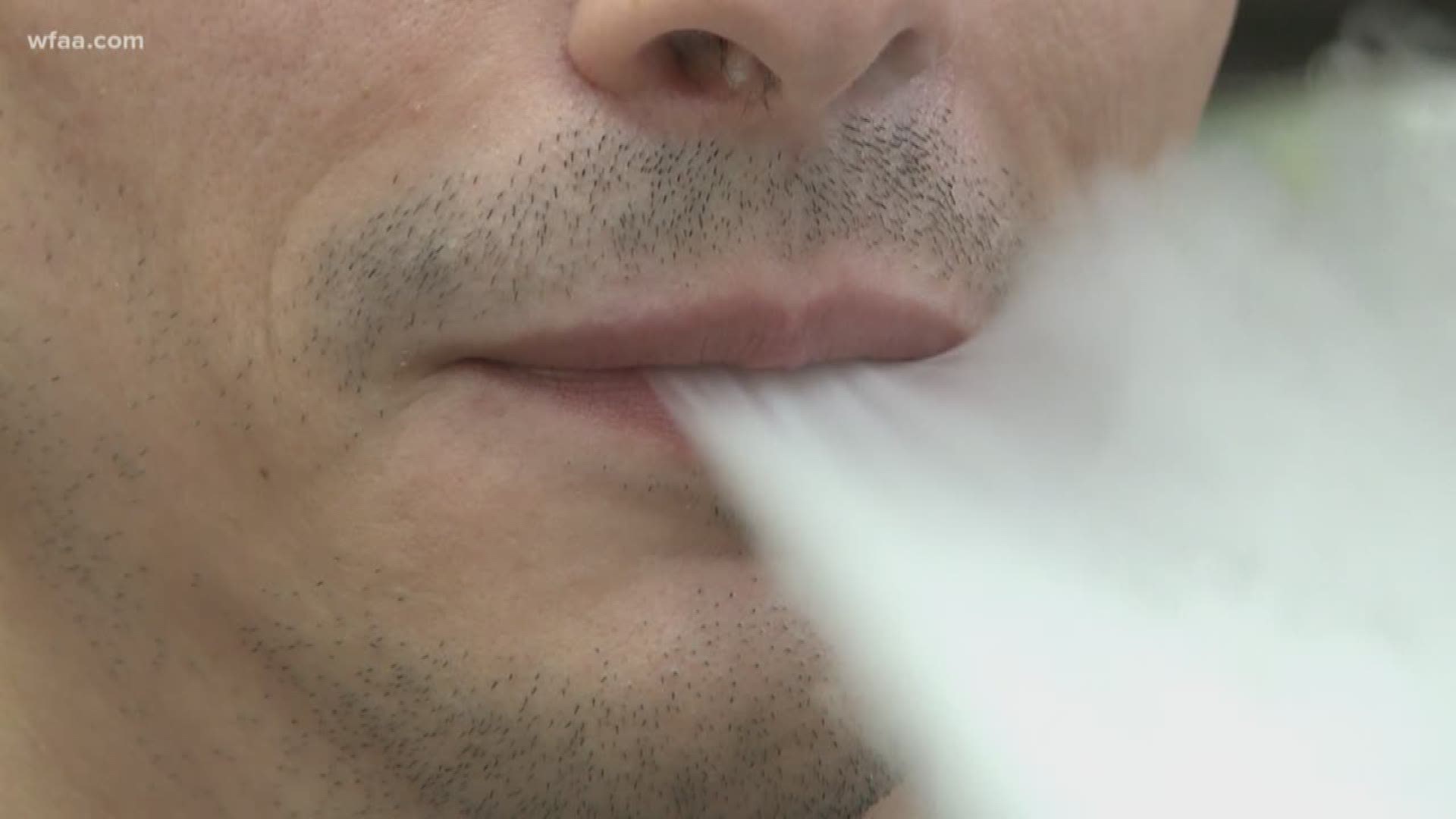 IRVING, Texas — There are so many unknowns about vaping, yet no clear explanation of the reason behind the vaping-related illnesses.

More than 400 cases have been reported across the United States.

In Texas, 29 possible vaping-related cases have been reported.

According to the Texas Department of State Health Services, 17 are confirmed or probably match the illnesses reported nationally. The rest are still under investigation.

RELATED: Family of Tyler teenager on ventilator says vaping is to blame for her hospitalization

Dr. John Duncan, owner and founder or ViaScan in Irving specializes in body scans. He looks at images of lungs every day. He worries vaping can cause a variety of lung problems.

"I think the public health message is very clear. Just stop vaping," said Duncan. "I would say that if you have been vaping a long time, talk to your doctor about having your lungs scanned. It would be a very good idea."

Duncan emphasizes the importance of prevention. Even if you feel fine, a scan of your lungs is still crucial if you are a smoker or vape.

He also said vaping was designed to be a bridge for cigarette users to stop smoking, not to be a long-term alternative. He said it's just as bad to trade one addiction for another.

"Without lung health, you have no life," said Dr. Duncan.