From police to chefs, Asian-support initiatives in DC ramp up amid uptick in violence

A group of chefs have banded together to raise awareness and raise money for Stop AAPI Hate. 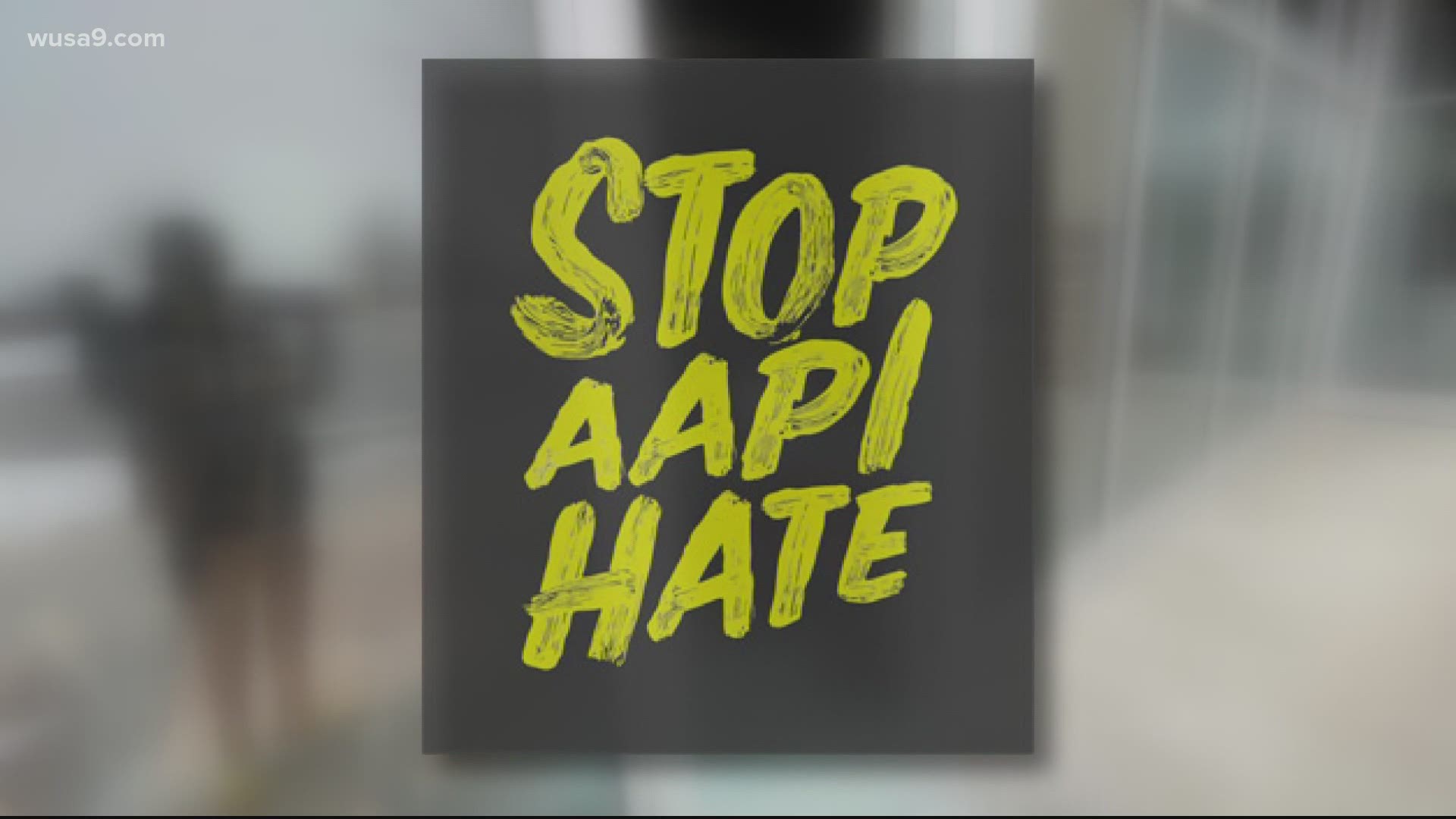 WASHINGTON — In the midst of a growing nationwide movement to combat anti-Asian racism, the mass shooting in Georgia has only propelled sweeping demands to stop Asian hate. From celebrities to local leaders, the movement is growing as the number of violent crimes and other discrimination against the Asian American community continues to grow.

President Joe Biden ordered that U.S. flags on federal property, including the White House, be flown at half-staff in honor of the victims of the Atlanta shootings.

On Wednesday night, dozens of people gathered in Chinatown to condemn white supremacy and call out the growing crimes targeting Asian American and Pacific Islander communities. Recent data from the tracking nonprofit group said there were close to 4,000 hate incidents reported to Stop AAPI Hate since the start of the pandemic in March.

Lt. David Hong said the unit conducts daily outreach, but the attention has been emphasized even more since the shooting spree in the Atlanta area.

"Obviously, the urgency is always going to be there especially during this time but what we pride ourselves on is having those relationships built already," Hong said. "We took years to build relationships but it's been paying off so far."

Compared to other major cities in the country, the number of anti-Asian-related crimes has been significantly lower in the District.

While several owners said there haven't been major issues, Korean restaurant owner Yo Soon Song told one of the officers that safety has become a top priority.

When she first moved to the country years ago, she said she felt safe with opportunities ahead. However, the violent attacks in the last year have made her concerned about her own safety.

The owner of a Korean restaurant in SE tells Ofc. Michael Kim that she came to the country feeling safe. But now safety is always on her mind after seeing the uptick of violent crimes against Asian Americans in the country. @wusa9 pic.twitter.com/wKaOxWlFWe

Stop AAPI Hate also said more than 35% of discrimination it tracked since last March happened in businesses, followed by public parks and public streets. Restaurants have also been easy targets.

Chef Kevin Tien of Moon Rabbit in the Wharf helped start "Chefs Stopping AAPI Hate" to not only raise more awareness about the increased violence, but also raise more money to support AAPI Hate and the group Rise Now.

The initiative is a dinner series that will have a takeout five-course meal for two once a week for $150. There are 45 restaurants on board which is enough to host a dinner series for the next 10 weeks. The first 80 meals for next week have already been sold out.

Chef Tien hopes to expand the same initiative to 10 other cities across the country by May.