Fonda's first arrest was Oct. 11, where she and 16 other demonstrators were taken into custody after protesting on the steps of Capitol Hill. 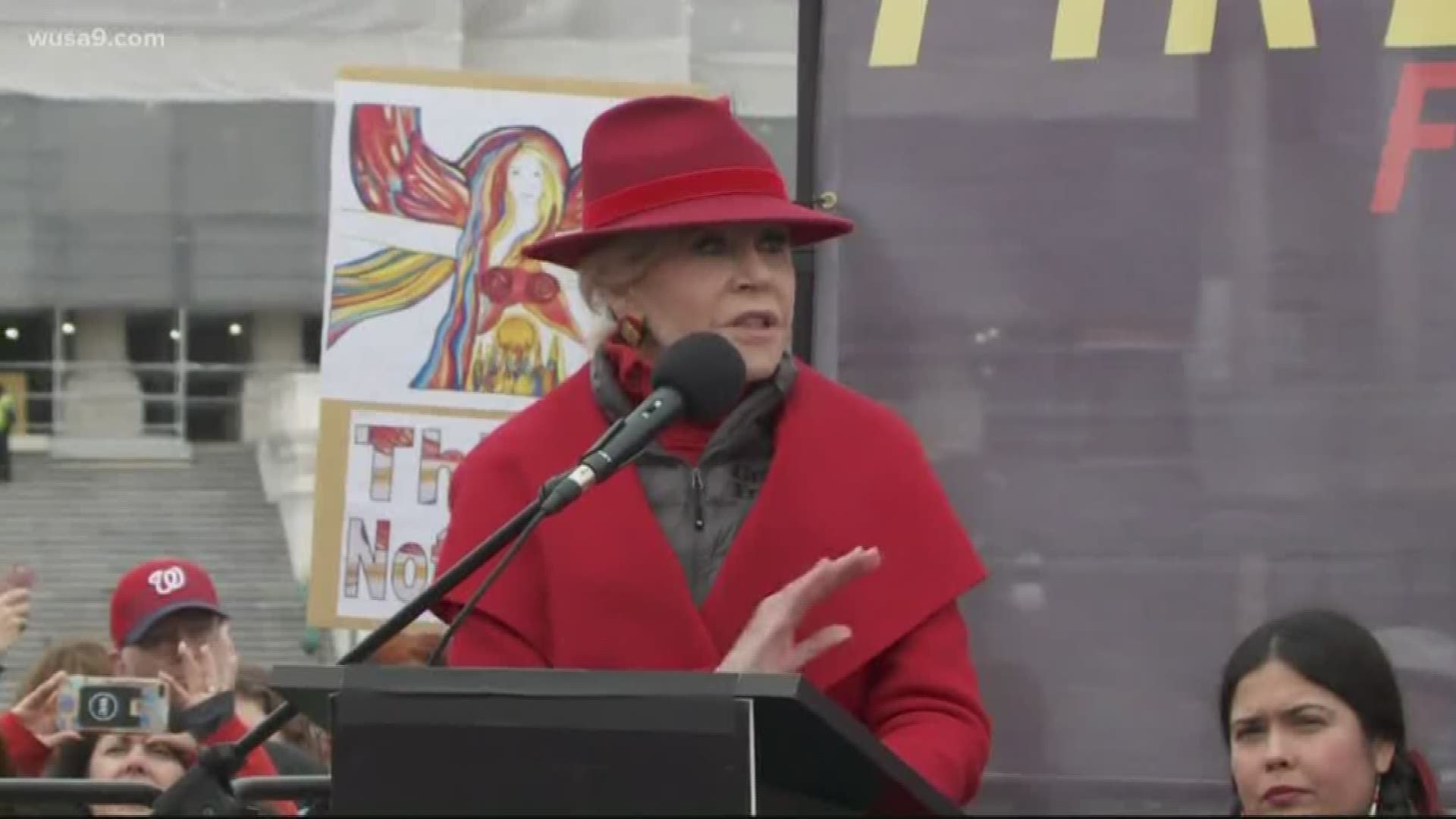 If you've been around the Capitol on a Friday over the past few months, you might have seen Fonda protesting inaction over climate change; as she vowed to protest and get arrested every Friday in D.C. as part of the weekly climate change rally.

“I think sometimes we wonder what we can do in this fight against climate change, and there’s something you can do today, right now, and tomorrow by making a choice about what you consume," Phoenix said.

Often times, she's been arrested by police as various celebrities have joined her to protest.

Her first arrest was Oct. 11, where she and 16 other demonstrators were taken into custody after protesting on the Capitol steps.

Demonstration activity is only allowed in designated areas on U.S. Capitol Grounds, according to the U.S. Capitol Police's website. U.S. Capitol Police said that all 16 people were arrested for unlawfully demonstrating on the East Front of the Capitol and were charged with D.C. Code 22-1307; crowding, obstructing or incommoding.

"We have to be sure that the crisis that is climate change remains front and center like a ticking time bomb," Fonda said. "We don’t have very much time, and it's really urgent."

Her second arrest was Oct. 18 when she was accompanied by actor Sam Waterston, who is known for his role in Law and Order. The two were arrested after protesting in front of the Library of Congress.

Her third arrest was Oct. 25 when she was taken into custody with actor Ted Danson. Capitol police arrested the duo after demonstrating in front of the Capitol building.

On Nov. 1, she was arrested inside the Hart Senate building. Actresses Rosanna Arquette and Catherine Keener joined Fonda in the protest efforts.

The 82-year-old actress moved to D.C. earlier this fall to protest climate change. Fonda said she will continue to protest at the Capitol every Friday through January.

Fonda said the focus will shift every Friday, ranging from the Green New Deal to freshwater and forests.

Despite Friday being her last protest in D.C., Fonda announced with Greenpeace USA the protests would continue across the country.

Fonda would also be participating in Los Angeles protests, where she is filming, starting Feb. 7.

Photos: Jane Fonda arrested every Friday at the Capitol

RELATED: For the fourth time in a month, Jane Fonda avoids arrest while protesting for climate change

RELATED: VERIFY: Is Jane Fonda's treatment consistent with DC criminal procedure or is she getting special treatment?