Houston police responded Tuesday morning to the Golden Gate Cemetery where a partially-clothed man was found dead near a vehicle. 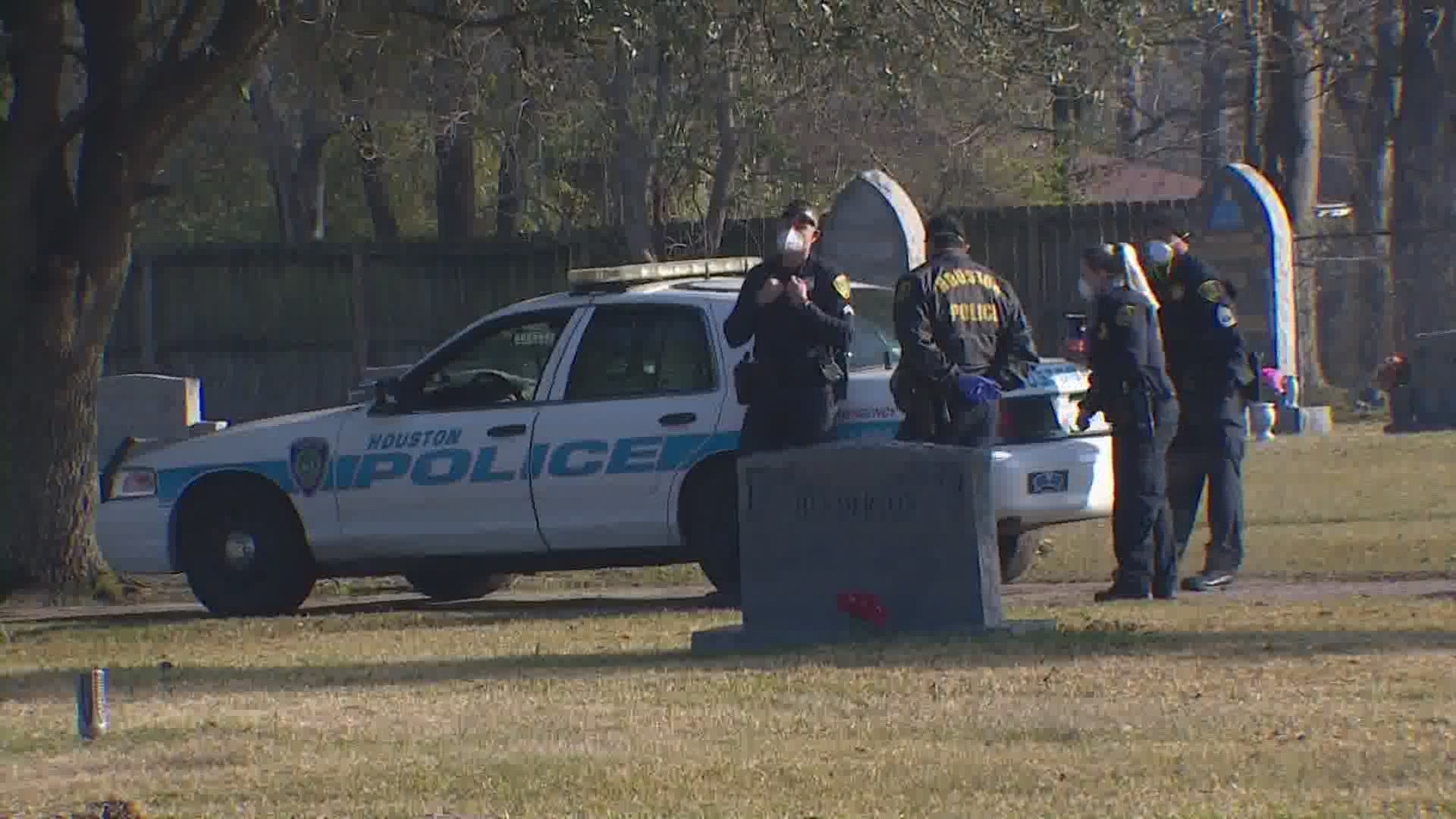 HOUSTON — Houston police are investigating the death of a man whose body was found partially unclothed in a local cemetery Tuesday morning, according to investigators.

Investigators said the victim, who is believed to be between 40 to 50 years old, had some injuries but the cause of the death is still unknown. There is evidence of some sort of altercation, police said.

He was reportedly found next to a vehicle, and officers found several hundred dollars around the crime scene.

They also said the victim's pants and shoes were missing but have since been found.

Workers who were there to prepare a grave found the victim.

Investigators are responding to an apparent homicide where a male was found dead at 8400 Hirsch Rd. CC1 #hounews

Officers responded to the Golden Gate Cemetery in the 8400 block of Hirsch Road around 7:40 a.m.

At this time, police have no suspects or surveillance footage.