Even the mere presence of the variant gives reason for increased awareness, experts say. 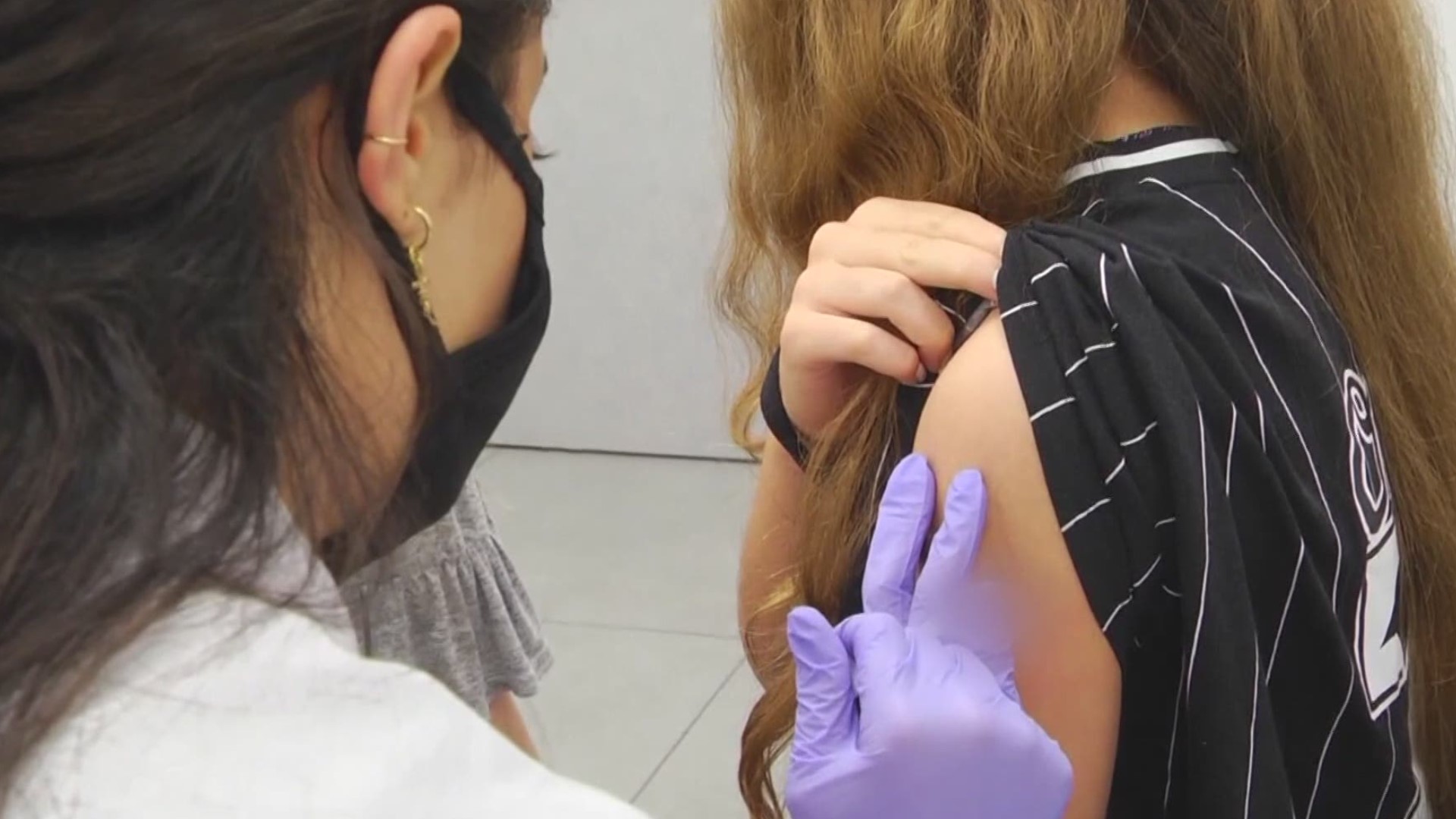 INDIANAPOLIS — The Delta variant is in Indiana.

The Fishers Health Department said the Delta variant has become the dominant strain in Indiana.

Even the mere presence of the variant gives reason for increased awareness.

"It was been confirmed in Indiana and I tell you people should be concerned," said Dr. David Dunkle, president and CEO of Johnson Memorial Health. "When it gets colder, people inside sitting closer together, and no mask wearing in school, we’re setting ourselves up for a potential bad storm come the fall."

Studies point to the vaccine having an over 90% efficacy rate against the virus that causes COVID-19.

But when it comes to the Delta variant, Dr. Dunkle said that Israeli officials recently released some concerning research.

"It came out this week that the Pfizer vaccine is is only 64% effective against the Delta variant," said Dr. Dunkle.

Dr. Anthony Fauci has also pointed to various reasons he feels the study is slightly misleading.

One of the reasons is that vaccine’s efficacy is not just about protection from infection, they’re also about preventing serious hospitalization and death.

Regardless, most health professionals will tell you there's still more research that needs to be done about this novel virus and disease.

"The good news is it was still about 93% effective against preventing severe disease and hospitalization," he said.

Dr. Dunkle said he knows of someone personally who "was never hospitalized and is still suffering severe long-term effects" of COVID-19. He says every patient is different and there’s no way to predict who will have long-term COVID-19-related consequences and who won't. It’s one of the many reasons health professionals are floating around the idea of opening post-COVID-19 clinics for patients

"It’s almost and again it’s an evolving field but it’s almost it's own specialty along with infectious diseases," said Dr. Dunkle.

He believes the best protection is the vaccine.

The Delta variant appears to spread faster and has reportedly caused an increase of hospitalizations. Its symptoms are similar to other strains but there's less loss of taste of smell and more runny nose symptoms among those who are infected.

"(The publication) Nature recently published a paper on a lab study of the neutralizing activity of BNT162b2-elicited serum against SARS-CoV-2 variants of concern. In the study, Pfizer and the University of Texas Medical Branch genetically engineered viruses with spike protein mutations found in the newly emerged B.1.617.1 (Kappa), B.1.617.2 (Delta) and B.1.618  (first identified in India) or B.1.525 (Eta, first identified in Nigeria) lineages. The viruses were then tested against a panel of sera from participants in the previously reported Phase 3 trial who had been immunized with the Pfizer-BioNTech COVID-19 vaccine.   All the sera neutralized all the viruses tested. The results suggest neutralization of all variants, including the B.1.617.1 variant, except that neutralization of B.1.6.17 was efficient but modestly reduced relative to previous strains.

Additionally, a recent real-world study of people who had received two doses of the Pfizer-BioNTech COVID-19 Vaccine demonstrated an effectiveness of 75% against any documented infection and 100% against documented severe, critical or fatal disease caused by the variant B.1.351[1] (the variant first identified in South Africa), which shows a similar reduction of neutralization titers as B.1.617.1. Similarly, a study conducted in the United Kingdom found that the real world effectiveness of two doses of BNT162b2 against B.1.617.2 virus was only modestly reduced to 87.9%, compared to 93.4% effectiveness against B.1.1.7 lineage virus[2]. These studies indicate that reductions in neutralization have not been shown to escape protection by the vaccine.

The neutralization data provide strong support that BNT162b2 will continue to protect against these variants."

What other people are reading: