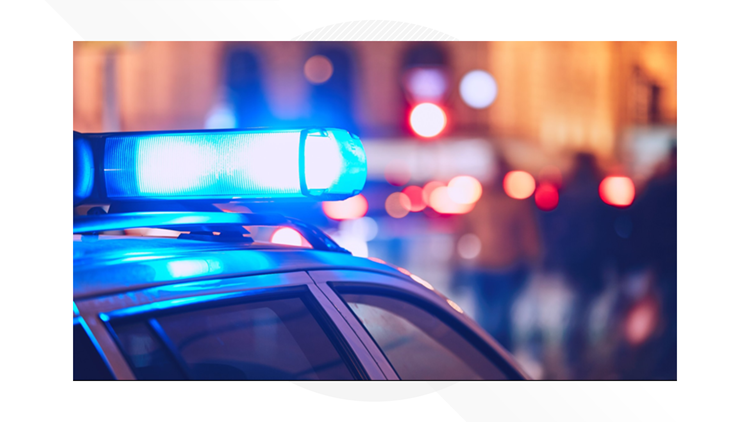 CARROLLTON, Texas — Updated Monday with more details of the shooting.

A Carrollton police officer shot and killed a 33-year-old man who pointed a fake handgun at police Saturday night, police said Monday. No officers were injured in the shooting.

Police initially responded to a scene where a caller said a man was sitting slumped over in a car with a gun in his lap at a RaceTrac gas station and convenience store in Carrollton near Interstate 35 and Frankford Road.

Out of an abundance of caution, officers said they first tried to wake the man, later identified as 33-year-old Christopher Massey of Allen, by speaking to him through the police car's PA system. He didn't come out of the car.

Officers then tried to wake Massey up by taking him out of the car. When they started opening the door to remove the gun from his lap, Massey woke up.

Police told Masey to put his hands up and get out of the car. He initially complied, but at the last minute, he reached down and picked up and raised his gun at police.

One officer fired his weapon and hit Massey. Massey was taken to Medical City Plano where he was pronounced dead. Police said the shooting was recorded on bodycam video, and that video will be given to the Denton County District Attorney's Office for review.

Officers later found out that the gun Massey pointed at police was a fake handgun.

Carrollton police say an internal investigation is underway. The officer who shot Massey has been with the Carrollton Police department for four-and-a-half years and is on routine paid administrative leave. The FBI evidence collection team was called in to help process the scene. The Denton County District Attorney's Office has been notified.

This is an ongoing investigation.

This is a developing story and will be updated. For more breaking news coverage, download the all-new WFAA app.