1 person killed, another injured in shooting on I-20, Fort Worth police say

Officials say suspect information is unknown at this time. 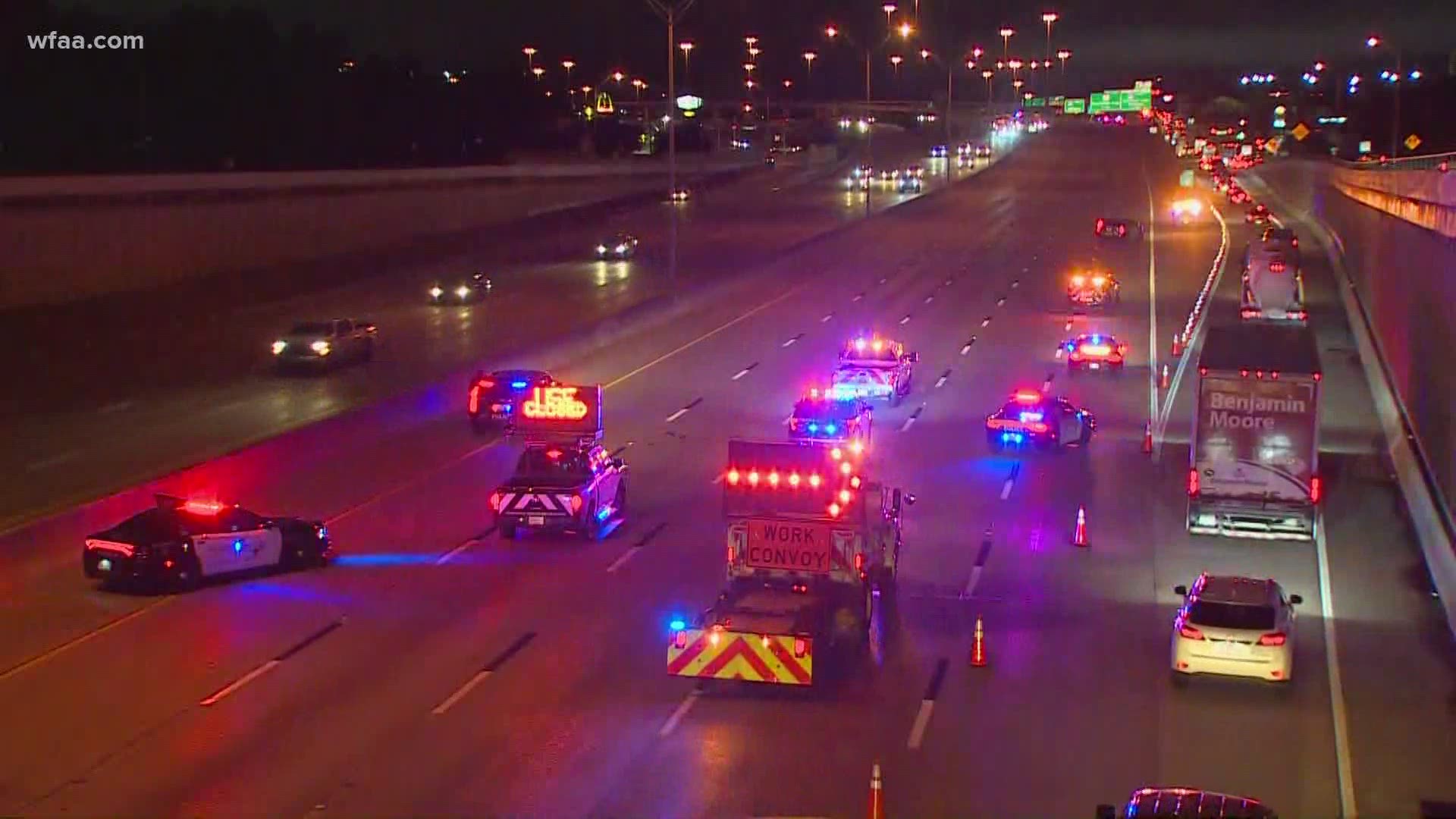 FORT WORTH, Texas — A woman was killed and another person was injured in a shooting in Fort Worth, police said.

Westbound lanes of Interstate 20 near the Hulen Street exit were shut down for several hours Thursday morning as police investigated the double shooting.

Officials said a vehicle occupied by one female and two males was traveling westbound in the area around 2:30 a.m. when the female passenger suspected they were being followed by her boyfriend.

Shortly after, several shots were fired, police said. According to officials, the female victim was pronounced dead and one of the male passengers was shot in the upper torso. That male passenger is expected to survive, police said.

The woman's name has not been publicly released as of Thursday afternoon.

Officials said suspect information is unknown at this time. This is an ongoing investigation.

#IAMUP WB I-20 in Fort Worth closed at Granbury. All traffic must exit Hulen. Fort Worth Police still on scene investigating a fatal shooting on the freeway. pic.twitter.com/LX2eLu1l0B