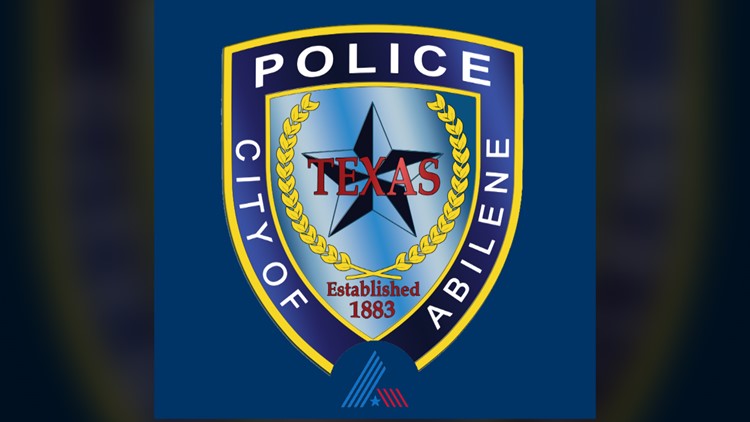 ABILENE, Texas — A Dyess Air Force Base airman died early Saturday morning after an officer-involved shooting turned to the airman shooting himself.

"We received a call from a senior non-commissioned officer via 9-1-1 reporting that there was an airman at a southside residence - and that the airman was allegedly reporting self-inflicted harm."

Officers responded and when they arrived, they tried to make contact with the airman.

"To make a long story short, they would ultimately see a person inside the residence with a rifle, so they immediately backed away and set up a perimeter," Standridge said. "By 12:25 a.m., the suspect is actually going to come outside, he is armed with a rifle, but officers can also see a handgun is in his waistband in a holster."

The rifle had a scope and he was attempting to find the officers' locations. The officers were able to see the airman advancing as he came into the front yard and was looking for police.

"He ultimately would point his rifle in the direction of officers on numerous occasions and at one point, at 12:29 in the morning, officers report he is actually in the roadway looking for the officers and pointing in the direction that he thinks that they are," Standridge said.

One of the supervisors who is a member of the APD SWAT team, not identified by Standridge, drove to the scene and deployed from approximately 125 yards away with a scope rifle. He set up and while the suspect was outside and challenging the officers. The supervisor was able to see the airman place a trash can in his driveway "as if he's creating a shooting platform."

The airman then aimed his gun directly at officers, so the supervisor was forced to take a shot, striking the airman in the center mass area, and was knocked off his feet.

Behind him were cedar bushes and officers were able to see that the airman was attempting to conceal himself by dragging himself into the bushes. There was an open line call between the caller and the airmen during the incident.

After a couple of minutes, officers heard a second shot.

"The second shot, we believe is the airman inflicting a self-inflicted injury, shoots himself in the head and is ultimately going to be pronounced deceased at the scene," Standridge said.

The Texas Rangers have been contacted to conduct an investigation into the shooting. Dyess Air Force Base leadership will be included in the investigation, as well as the DAFB Office of Special Investigations and the APD.

As to the motive, Standridge said, on Oct. 19, at approximately 3:37 a.m. APD officers were dispatched to a single-vehicle rollover by PrimeTime. When officers got there, officers made contact with the same airman involved in Saturday morning's incident.

"He was the driver of that vehicle. He had the odor of alcohol beverage on so about his person, so officers suspected he was DWI. He was injured in the process, so he was not arrested for DWI with accident, but we did take his blood. So that investigation has been moving forward and so what I would eventually learn that some of the despondency issues generated from that specific investigation," Standridge said.

At this point, APD has not released the identity of the airman involved pending next-of-kin notification by Dyess AFB.