Firefighters with the Longview and Nacogdoches Fire Department returned home after being deployed to help fight wildfires ravaging California. 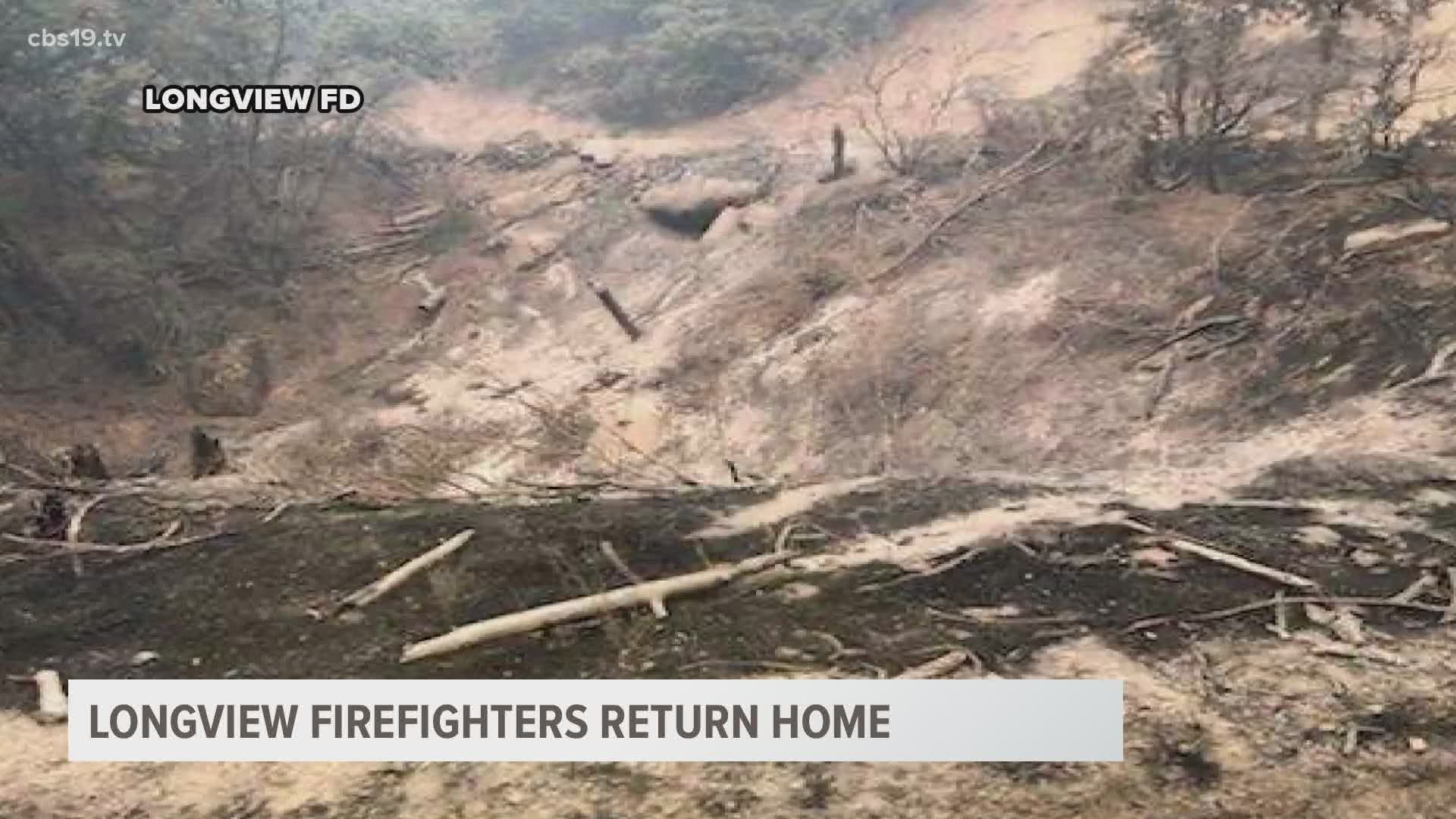 LONGVIEW, Texas — The remaining four members of the Longview Fire Department who assisted in the California wildfires returned home Thursday.

The initial trio traveled about 1,600 miles with a strike team to the Sierra National Forest area, just outside of Fresno, California.

Members of the Nacogdoches Fire Department also returned home after spending over two weeks in California joining the fight against the wildfires.

"We are beyond thrilled and proud to welcome back some of our #cityofnac firefighters from California," the City of Nacogdoches said in a Facebook post.

Nearly 200 firefighters from 56 departments across the Lone Star State were deployed to California.

The firefighters are a part of the Texas Intrastate Fire Mutual Aid System (TIFMAS) unit.

According to Cal Fire, as of Thursday, nearly 9,000 firefighters remain on the frontlines of 21 wildfires across the state of California, 12 of which remain major incidents. Wednesday night, a new fire erupted near the San Bernardino County area, quickly growing to 100 acres. In addition, firefighters across California responded to 26 other new wildfires that were quickly contained.

A Red Flag Warning remains in effect for many parts of Northern California and now a Fire Weather Watch has been issued for the mountains of Ventura and Los Angeles Counties, the Santa Clarita Valley, Inland Empire, and Northern San Diego County due to critical fire weather.

Since the beginning of the year, there have been over 8,500 wildfires that have burned well over 4.1 million acres in California.