Fairfax Police believe they found the body of a 17-year-old girl who they think went missing from The ADAMS Center Mosque early Sunday morning. 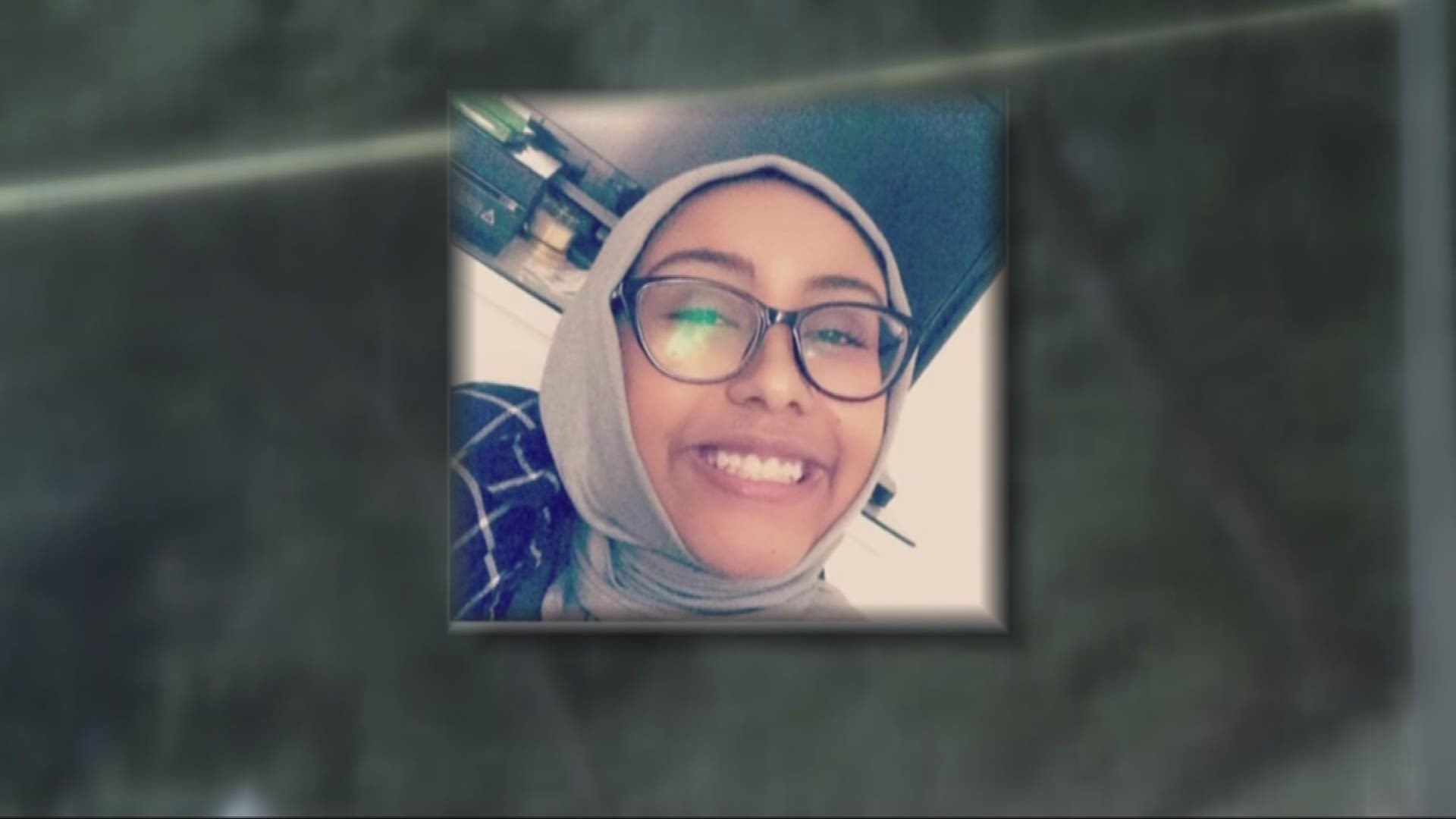 Fairfax Police believe they found the body of a 17-year-old girl who they think went missing from The ADAMS Center Mosque early Sunday morning.

The girl was walking from The ADAMS Center toward a shopping center to get food with a group of friends around 3 a.m., police said.

That is when a man driving a red car got out of his car and confronted the teens. Her friends said the man assaulted her. Police said her friends ran back to the ADAMS Center and said the girl had been left behind.

Friends and the Loudoun County Board of Supervisors Chairwoman Phyllis Randal identified the girl as Nabra. She was a sophomore at South Lakes High School in Reston, Virginia, and would have been starting her junior year this fall, friends said.

Our hearts are heavy with grief. I stand with the ADAMS Community. Loudoun, please hold her family close to our hearts. Loudoun, she was us. pic.twitter.com/29cT6xnD7b

Fairfax Police began searching at 4 a.m. Sunday. The body was found Sunday around 3 p.m. floating in a pond in the 21500 block of Ridgetop Circle in Sterling, Virginia.

Police noticed a car driving suspiciously in the area and stopped it, arresting the driver, who was taken into custody and identified as 22-year-old Darwin Martinez Torres, of Sterling. He has been charged with murder.

Chairwoman Randall said police found a bat near the scene.

Police are not investigating her murder as a hate crime. They said the “tragic case appears to be the result of a road rage incident involving the suspect, who was driving and who is now charged with murder, and a group of teenagers who was walking and riding bikes in and along a roadway.”

Authorities also said their investigation no way indicates the victim was targeted because of her race or religion.

We are NOT investigating this murder as a hate crime. https://t.co/f6TegmdKMR pic.twitter.com/mlGzrQfiMk

The chief medical examiner will confirm the identity of the victim and determine the exact cause and manner of her death. 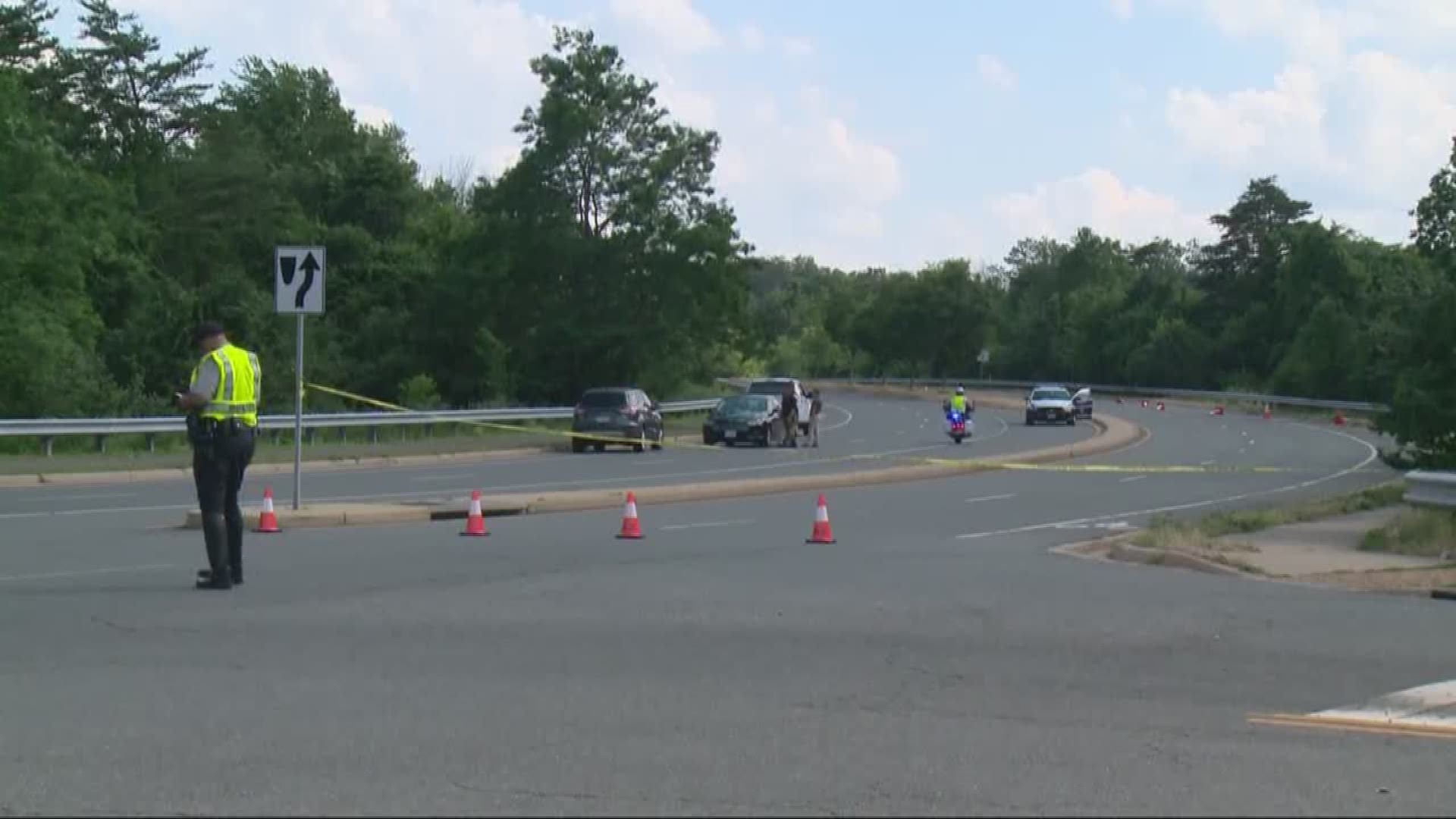 A vigil is expected to be held Wednesday evening in the Reston area. More information about the exact time and location will be announced in the coming days.

Muslim leaders across the country have been sharing this GoFundMe page that has raised more than $20,000 to help support the family.

Heartbreaking. Mahmoud Hassanen, father of #NabraHassanen, 17, killed on her way to mosque. She was big sis to three younger siblings @wusa9 pic.twitter.com/vcbSg2GS8Z

Nabra was a sophomore at South Lakes High School in Reston, Va., and would have been starting her junior year this fall, friends said. The slaying occurred during the holy month of Ramadan, when Muslims abstain from eating from dawn to sunset. Many mosques hold late night prayers, and people eat a pre-dawn meal called suhoor before they begin fasting.

On Sunday, June 18th 2017, at approximately 4 a.m., according to Fairfax County Police, a dispute occurred between a group of teens who were walking along Dranesville Road in Sterling and a man driving a car. It appears the man got out of his car and assaulted one of them, a 17-year-old girl. Community members came across the group and directed them to ADAMS Center. Immediately thereafter, the ADAMS’ personnel notified both Loudon County and Fairfax County authorities who immediately began an extensive search to locate the missing girl.

The search continued until around 3 p.m. when the body of a female were found in a pond in Sterling. The Office of the Chief Medical Examiner will conduct an autopsy to confirm the identity of the body and determine the exact cause and manner of death.

The joint county investigation has led to an individual being taken into custody as a suspect. Charges are pending further investigation. We thank both Fairfax County Police and Loudoun County Sheriff’s departments for their diligent efforts in investigating and apprehending a suspect. We call on law enforcement to investigate and determine the motive of this crime and prosecute to the full extent of the law.

We are devastated and heartbroken as our community undergoes and processes this traumatic event. It is a time for us to come together to pray and care for our youth. ADAMS has licensed counselors on site to assist anyone in need of counseling during these difficult times.

We would also like to thank our community, government officials and interfaith partners for their prayers and support during these tough times.

For further questions, we ask that you please contact the Fairfax County Police Media Relations Bureau, 703-246-2253. Due to the nature of the ongoing investigation we have been advised not to discuss this matter further.