Recently, the team lost one of their own players in a senseless shooting. Tyrell Sims, an 11-year-old, was gunned down in a drive-by shooting. 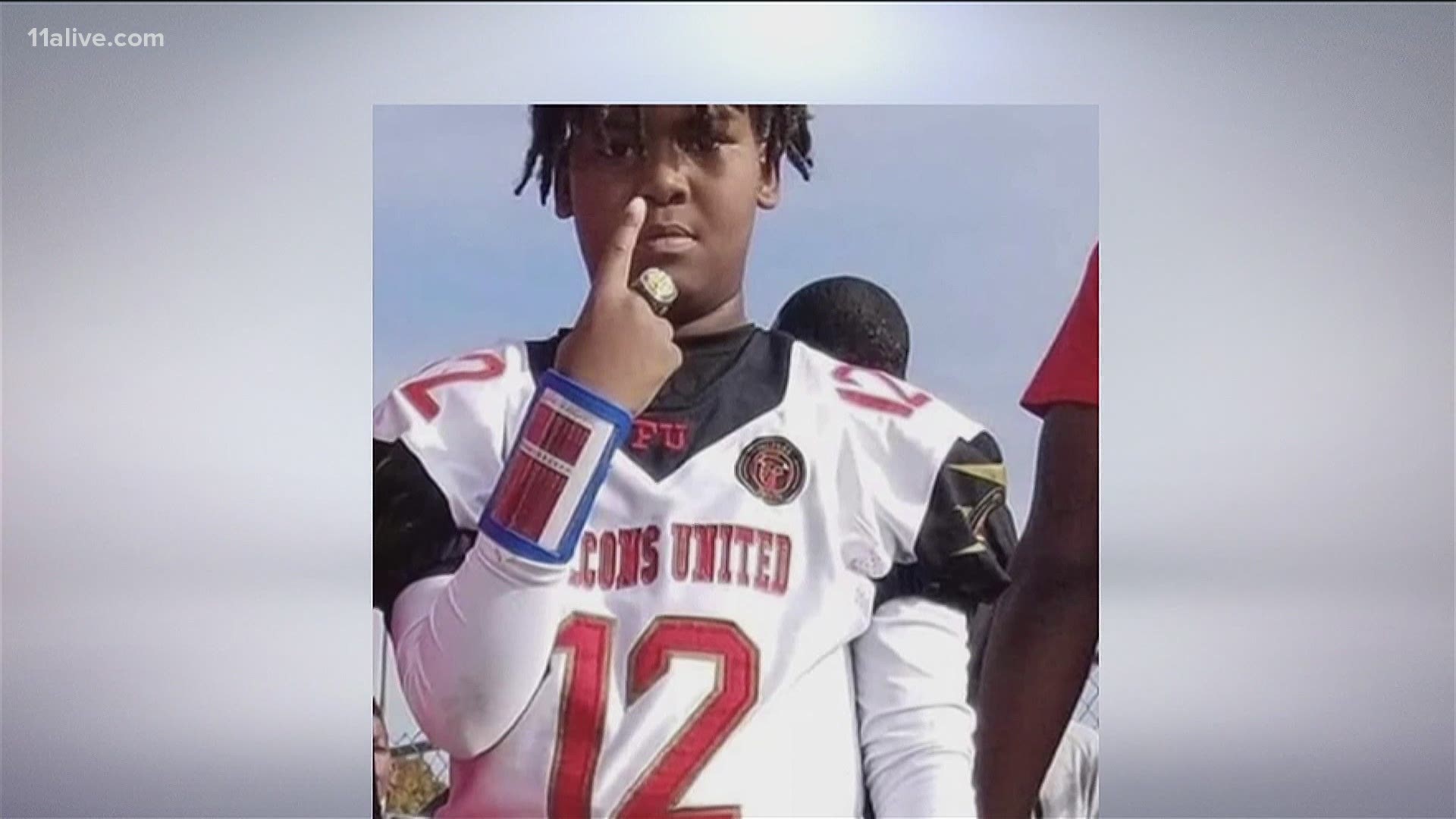 EAST POINT, Ga. — In this season of giving, a youth football program in metro Atlanta is asking for the community’s help to make their dream a reality. That dream is for a chance to compete at a national tournament in Florida on December 7th.

Recently, the team lost one of their own players in a senseless shooting. Tyrell Sims, an 11-year-old, was gunned down in a drive-by shooting in East Point just a few weeks ago.

Financial hardship has the Falcons United team leaders scrambling to fulfill the players’ hopes for a national title. Their motivation this season is bigger than just football.

Team spokesperson Dontavius Dowell said playing for Sims is the best way they can honor his legacy.

“It’s a big thing. Especially going out of town. This is a national tournament,” he said.

Dowell said Sims should still be here, getting ready for the big game. Instead, his family and the community are still waiting for answers to find out who is responsible for his tragic death.

“It’s gut-wrenching. And then, it’s not natural causes. It’s gun violence. It hurts,” he explained.

RELATED: 'I want justice now': Mother of 11-year-old killed in East Point drive-by shooting says she wants peace for him

Now the Falcons United team remembers him, on their helmets with his number, and in their hearts.

The team started a GoFundMe campaign in hopes of attracting a helping hand during this holiday season.

"It’s us 'Falcons United' here asking you guys to help us out on our trip to “Battle Sports Youth National Championships” December 7th-12th In Bradenton, FL at IMG Academy," the GoFundMe reads.