Some refugees landed at the Dulles International Airport Wednesday on Qatar Airways flights. 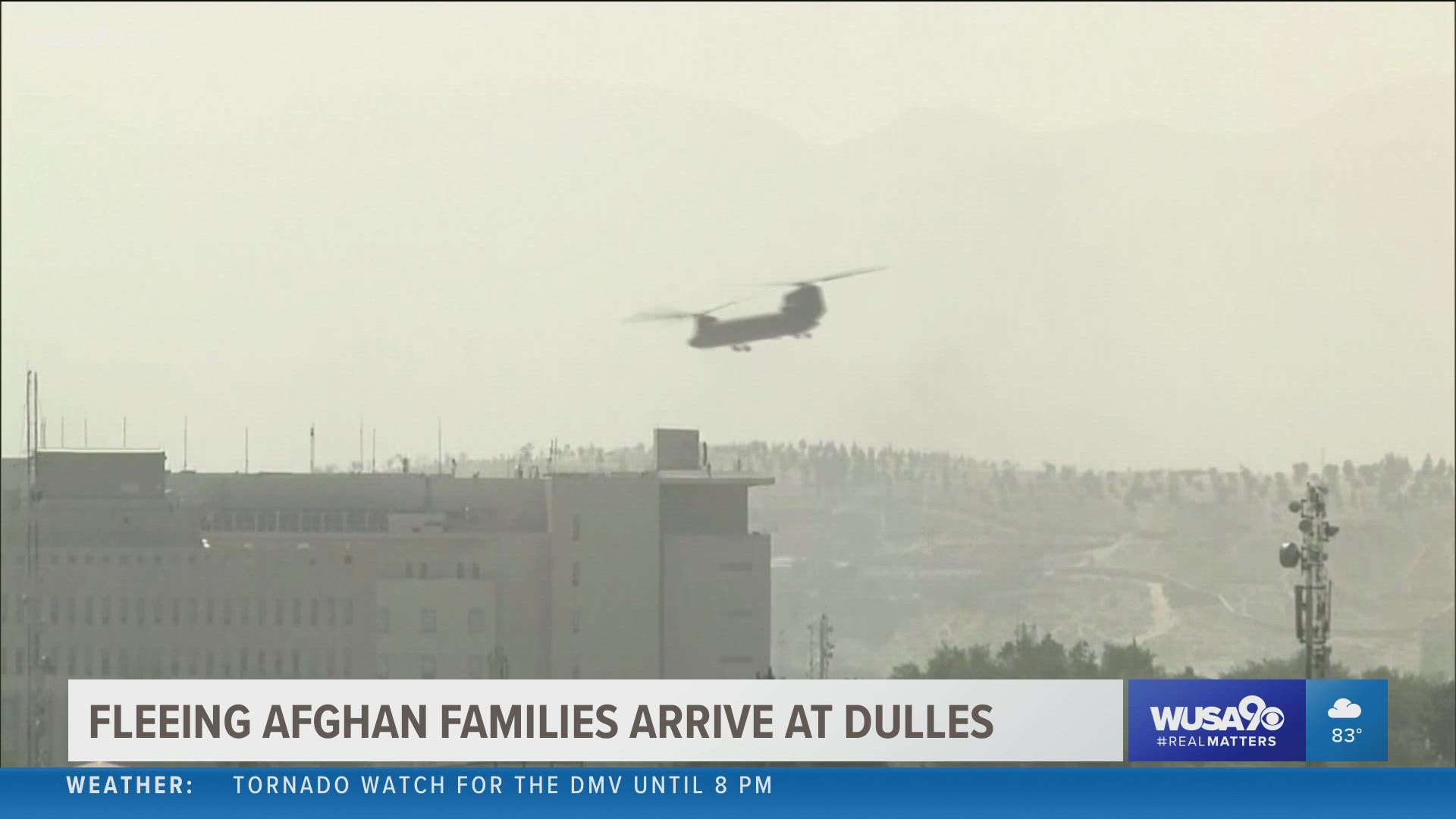 DULLES, Va. — With the Taliban taking over in Afghanistan, families are now fleeing on commercial flights. Some came in on Qatar Airways Wednesday.

From SIVs -- or Afghans with Special Immigrant Visas who helped the U.S. government overseas -- to people visiting family in Afghanistan, many were relieved to have their feet on U.S. soil Wednesday.

A member of the U.S. military greeted one Afghan who had worked with the government in Afghanistan when he landed at Dulles.

One father said he, his wife and two kids had been visiting his parents in Afghanistan for the last month when the U.S. started withdrawing.

"We didn't imagine the Taliban is going to come that fast in Afghanistan, so I saw that there is too much going on and everything has changed," he said.

He asked not to identify his face or name to protect his family in Afghanistan.

RELATED: US military now up to 20 evacuation flights a day out of Afghanistan airport

With the Taliban takeover, families are now fleeing Afghanistan on commercial flights.

We caught up with one dad who had been visiting his parents in Afghanistan for the last month...and managed to get him, his wife & two kids back to the U.S. via Dulles airport today. @wusa9 pic.twitter.com/23efhCSIaG

“It's just a scary situation and bad situation, but luckily we came over from there by a very hard situation, and I don’t want to go there," he said. "But please guys, when you guys are there, take care of yourself. But don’t stay there, because you never know and you don’t trust those people.”

The AP is reporting that the Taliban have agreed to allow safe passage for Americans, Afghans and allies wishing to leave the country on U.S. flights, but no timetable had been established as of Tuesday.

"They said they will make peace," the father of two said. "But you never know, and it's very horrible for them."

The Red Cross confirmed that the Virginia Department of Social Services (VDSS) asked them to support their repatriation efforts for hundreds of U.S. citizens returning from Afghanistan.

A spokesperson also said: "The International Committee of the Red Cross (ICRC) has been active in Afghanistan for more than thirty years, providing aid such as medical care and clean water. The ICRC remains in Afghanistan, addressing the humanitarian needs of families in the country.

The Red Cross is committed to delivering help to anyone in distress — regardless of race, religion, gender, sexual orientation or citizenship status — and to remaining a neutral and impartial party so we can access people when and where it is needed most."