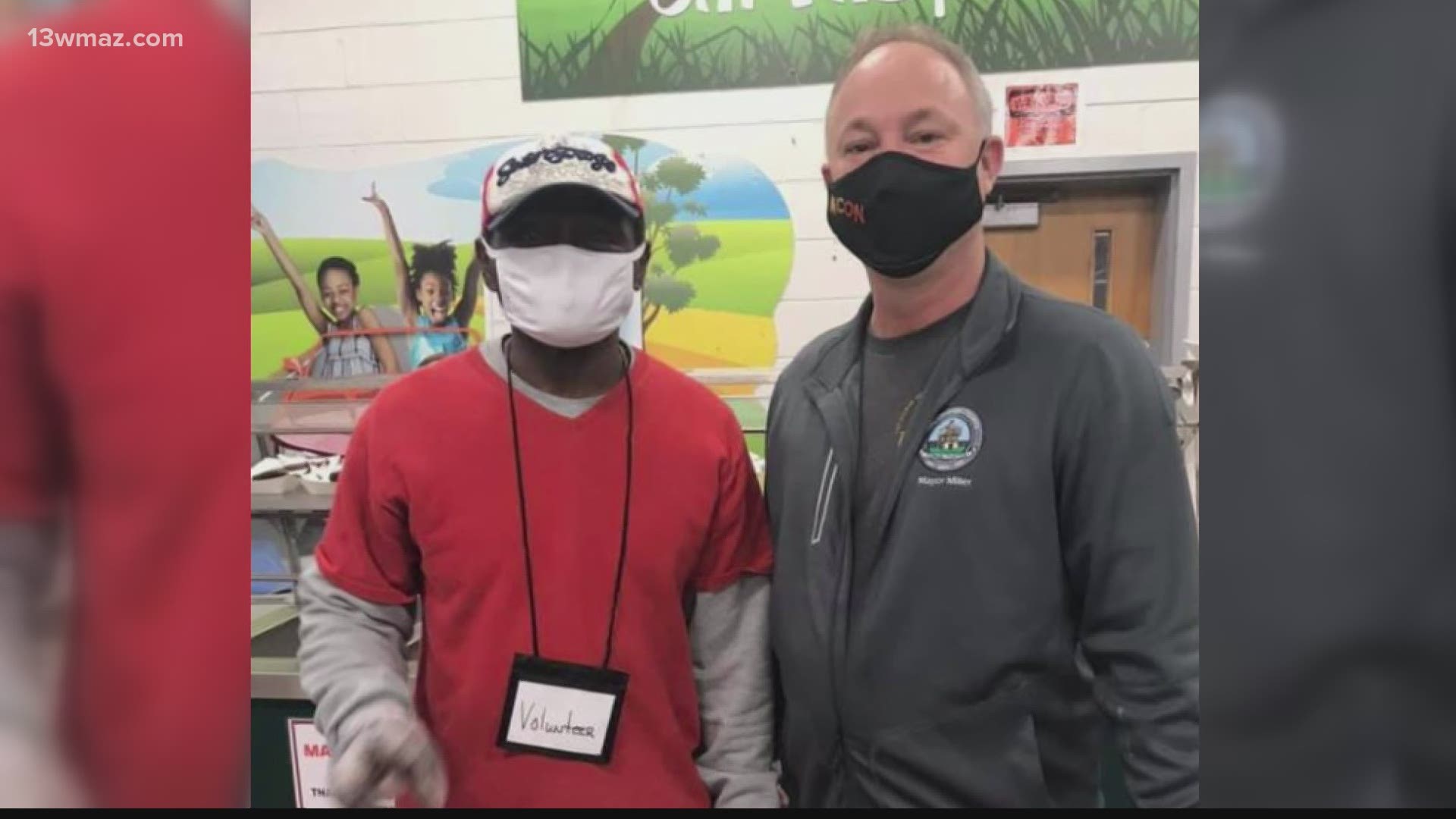 MACON, Ga. — The Brookdale Warming Center opened in Macon a little over a month ago. The county adapted a section of the school to create a space for people needing to escape the cold. One of those people was David King. He was the center's first guest, but he doesn't live there now.

After nearly a month with the shelter, he has a home of his own thanks to community resources and donations.

David King got to Macon by a Greyhound bus January 3, but he was homeless.

"There was no room at the Salvation Army. They were full. Didn't know the city that much, so I roamed around, lost. I slept in the rain. I slept in the streets. I didn't eat because I didn't know where to get shelter food," King said, describing his first three days in Macon.

He says he was worried doors would be closed for him. King says he had recently been released from prison on drug-related charges. He says since he was 17, he's been incarcerated three times.

In January, he just needed a place to stay. That's how the Brookdale Warming Center comes into the story.

He became the first resident at Brookdale Warming Center when it opened January 6.

"I expected to be at the shelter a long time, I expected doors to be closed because of my criminal past, but I wasn't in the shelter for 27 days," King said.

Case manager Tamika Johnson says they worked with King to help him get his own place. They filled out paperwork so he could start getting his Social Security checks, a copy of his birth certificate, and other essential documents so he could apply to rent an apartment.

Just over a month since he got to Macon, King now has a home of his own. He was beaming with joy showing 13 WMAZ everything the community has given to him.

"I don't get food stamps so this is all from Fishes and Loaves and the Warming Center, and most of all, Ms. Valerie, she donated this herself," King said, pointing to food in his pantry and refrigerator. "This is a second-chance community. They will give you a second chance. You just have to make a positive drive and paint the right picture and do the right thing."

Ironically enough, King now lives off Progress Street -- something he says he's made.

He says his progress is all thanks to following the guidance of his caseworkers.

"You got to do the things they tell you to do, be responsible, get your award letter, get your income straight, manage your money," King said.

King says he's giving back to those who pushed him to get here by volunteering every Saturday and Sunday at the Brookdale Warming Center.

"I don't have finances, but I have strength. I have rhythm. I have courage. I get with the warming center program and give back 100 percent every chance I get," King said. "I change out bunks. I take out garbage. I sweep the floor."

King says he also enjoys volunteering because he's able to tell his story to the residents and give them some hope and determination.

"It created something at the center that is so amazing. Some people who felt like they couldn't move anywhere are now in the situation that they have the encouragement like, 'Hey, I heard Mr. King got an apartment,' or whatever. 'Can you find some housing for me?' So we've been on a roll every since," said Tamika Johnson, the case manager at the center.

Center Director Steve Bell says right now they have 135 guests at the Warming Center. He says they are always in need of volunteers. They also need donations like women's and men's underwear, belts, and backpacks.