An 18-year-old passenger in one of the cars was killed in the multi-vehicle crash. 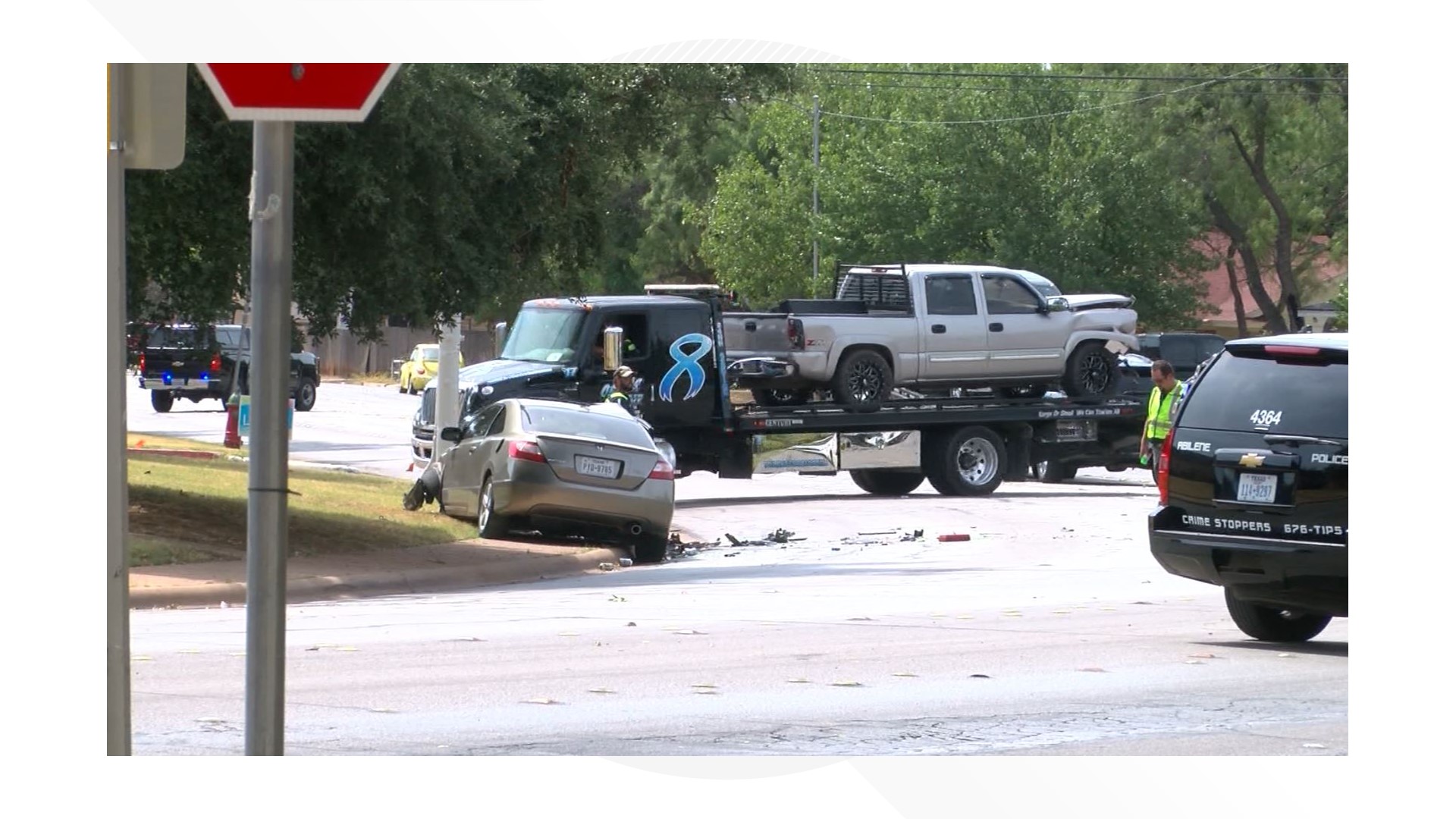 ABILENE, Texas — A local college student died in a crash at the intersection of Southwest and Brookhollow Drive Tuesday in Abilene.

Chandler Sikes, 18, of Powderly, was pronounced dead at a local hospital after the crash that involved four vehicles.

According to the Abilene Police Department, a Honda Civic driven by Sebastian Ochoa, 19, of El Paso, with Sikes as a passenger, was traveling west on the inside lane of Southwest Drive. Ochao's car hit the back of a Jeep Grand Cherokee, also traveling in the same direction.

The release from the APD said Ochoa failed to control speed and hit the Jeep causing both vehicles to veer into oncoming traffic.

Three of the four drivers received minor injuries. Ochoa received lacerations to the face and was taken to a local hospital. Neither he or Sikes were wearing seatbelts, the release said.

Ochoa and Sikes were both students attending a local university.

Sikes next of kin was notified by law enforcement. The APD said the investigation is ongoing and no citations have been issued.