As community leaders demand justice for George Floyd, they're also dealing with trying to help those impacted by the fires, looting and damage. 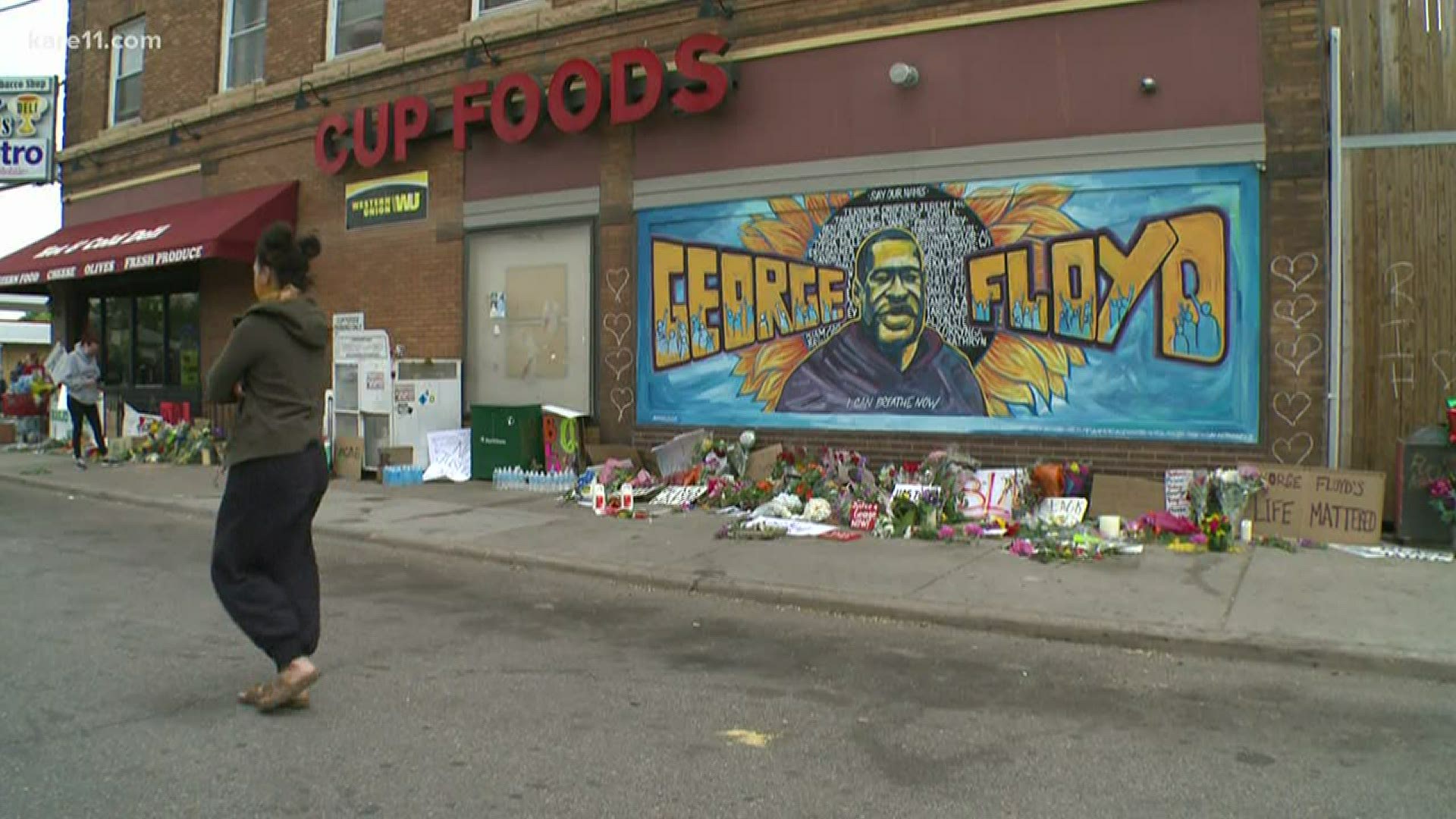 MINNEAPOLIS, Minnesota — Right across the street from where George Floyd was killed is Worldwide Outreach for Christ Ministries. As protesters continue to gather at the Cup Foods, the church has set up a table offering free water, food and other items like antiseptic spray.

"I understand the hurt and frustration. I do understand that, I really do. But you still need to plan. You don't need to go and do something that is going to affect you in an adverse way in the long run," said Curtis Farrar, pastor of Worldwide Outreach for Christ.

On Friday, former Minneapolis police officer Derek Chauvin was charged with third-degree murder and second-degree manslaughter in the death of George Floyd.

"I hope that this officer being charged will at least bring some relief, relief to some of the men and women out here that are protesting. Maybe we can breathe a lot easier," Pastor Farrar said.

Pastor Farrar said he knows not all officers are the same, adding, "There's good and bad in all of us but to see a young man die like that and then ask for his mama and then everybody around that was standing around could see, could visibly see that this man was struggling just to breathe."

Pastor Farrar is disturbed that the other officers didn't speak up and added he's frustrated with the justice system. Hennepin County Attorney Mike Freeman said they focused on the "most dangerous" perpetrator first but that he anticipates charges against the other three officers, as well.

Pastor Farrar's church has been on the corner of 38th and Chicago for 38 years. On Friday afternoon, demonstrations in that area remained peaceful.

"I don't agree with what's going on, the rioting and tearing down businesses and all of that because there are people in the neighborhood that need those businesses," he said.

Senator Jeff Hayden, DFL-Minneapolis, represents parts of south Minneapolis. He said he is figuring out strategies to make sure people have access to their basic needs.

"Metro Transit is not rolling these days. We want to get that going. A lot of the grocery stores and stores that people depend on, small and large, either aren't open or have been decimated or frankly have been burned down," Sen. Hayden said.

Floyd's partner, Courteney Ross, said, "If don't work together, we're just going to keep hurting. We're destroying our own communities right now. Like to my babies, my children that I've taught in the past, where are they going to get food from? How are we going to get them groceries? What if they need a prescription? These are small communities that don't have a lot already and now we're ruining it."

Ross spoke to KARE 11 prior to charges being announced and said, "People need to stop. They need to stop today. And I think the only way it's going to stop is if they prosecute these cops. They have to be prosecuted today."

More demonstrations are expected this weekend.

He went on to say, "What we're not asking for is for people to come here and destroy things, especially the communities that we live in."

Pastor Farrar added, I really hope the healing process begins because I'm tired of our neighborhoods now being torn down. I want to see changes made from this point on and I believe we will."