Governor Abbott is signing several bills related to "Second Amendment Legislation" Thursday morning at Alamo Hall on the grounds of the Alamo. 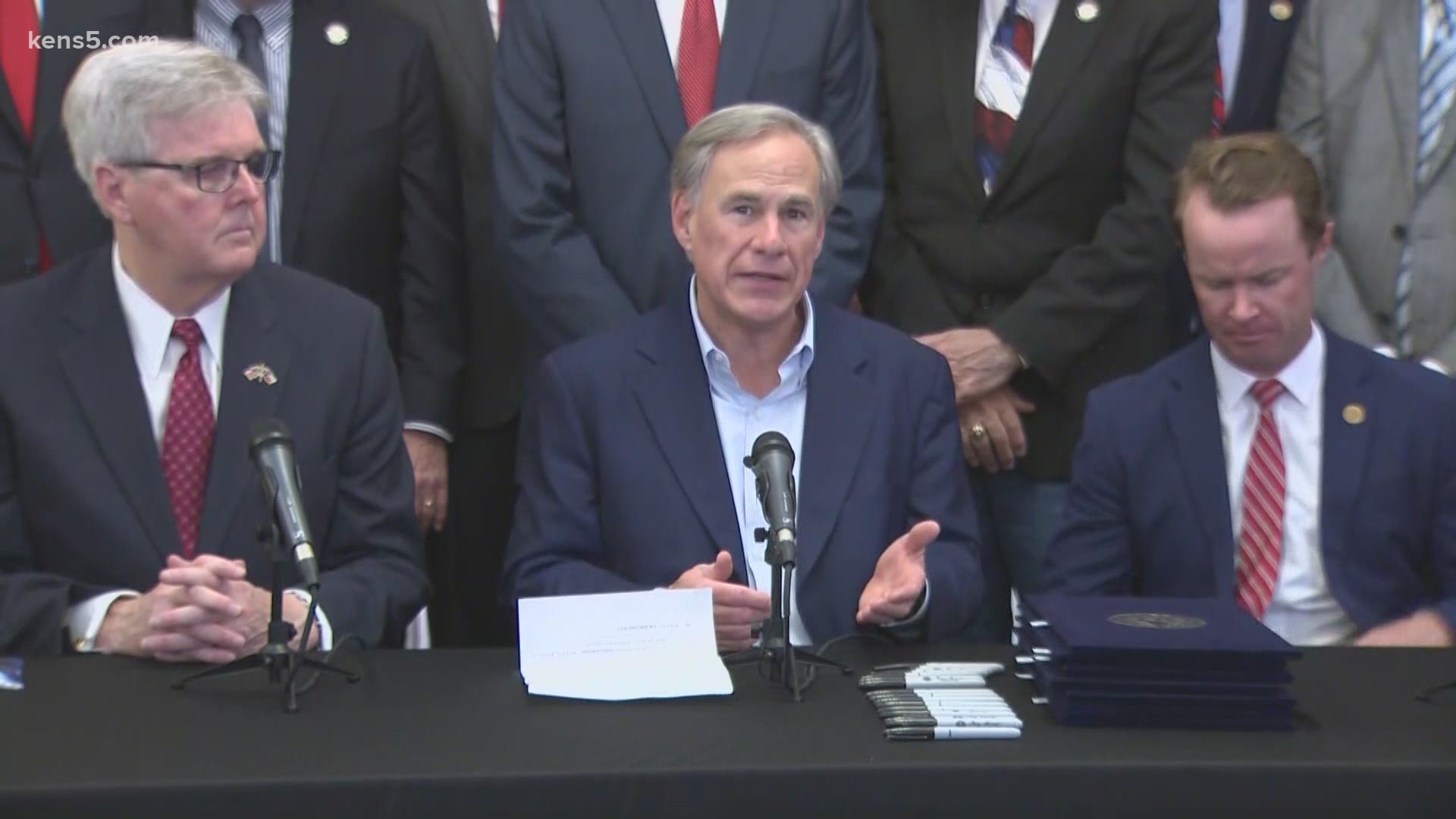 The bills that he signed include Senate Bills 19, 20, and 550, and House Bills 957, 1500, 1927, and 2622. The legislation that has gained the most attention, House Bill 1927, is often referred to as "permitless carry" and removes the requirement for Texas residents to obtain a license to carry handguns if they’re not prohibited by state or federal law from possessing a gun. Gov. Abbott did sign that bill into law officially on Wednesday and Thursday's signing was ceremonial. Another bill limits federal regulations surrounding the ownership of surpressors. Yet another bill allows people from out of state to store their guns in their hotel rooms.

Below is the breakdown of the different bills:

Senate Bill 19 (Schwertner/Capriglione) prohibits any governmental entity from contracting with any business that discriminates against firearm and ammunition businesses or organizations.

Senate Bill 550 (Springer/Spiller) removes the shoulder or belt holster requirements, allowing Texans to carry firearms in whatever kind of holster they choose.

House Bill 957 (Oliverson/Springer) repeals the criminal offense of possessing, manufacturing, transporting, or repairing a firearm silencer. It also ensures that any firearm suppressor manufactured in Texas, and that remains in Texas, will not be subject to federal law or federal regulation.

House Bill 1500 (Hefner/Creighton) prevents any government entity from prohibiting the sale or transportation of firearms or ammunition during a declared disaster or emergency.

At Thursday's signing, one reporter asked Gov. Abbott if he decided to hold the ceremonial signing in San Antonio in light of the Austin mass shooting that left one person dead and injured 13.

Abbott denied that claim and said the history of the Alamo spoke for itself.

“Today I signed documents that instilled freedom in the Lone Star State and that’s what the Alamo represents,” Abbott said.

The NRA’s executive vice president, Wayne LaPierre, congratulated Abbott and lawmakers on the passage of the gun bills.

“In this increasingly dangerous world, people want to be able to protect themselves and thank God, Texas is leading the way for the country in making that possible,” Pierre said.