Crews faced several challenges while trying to put the fire out, including down powerlines on the property. 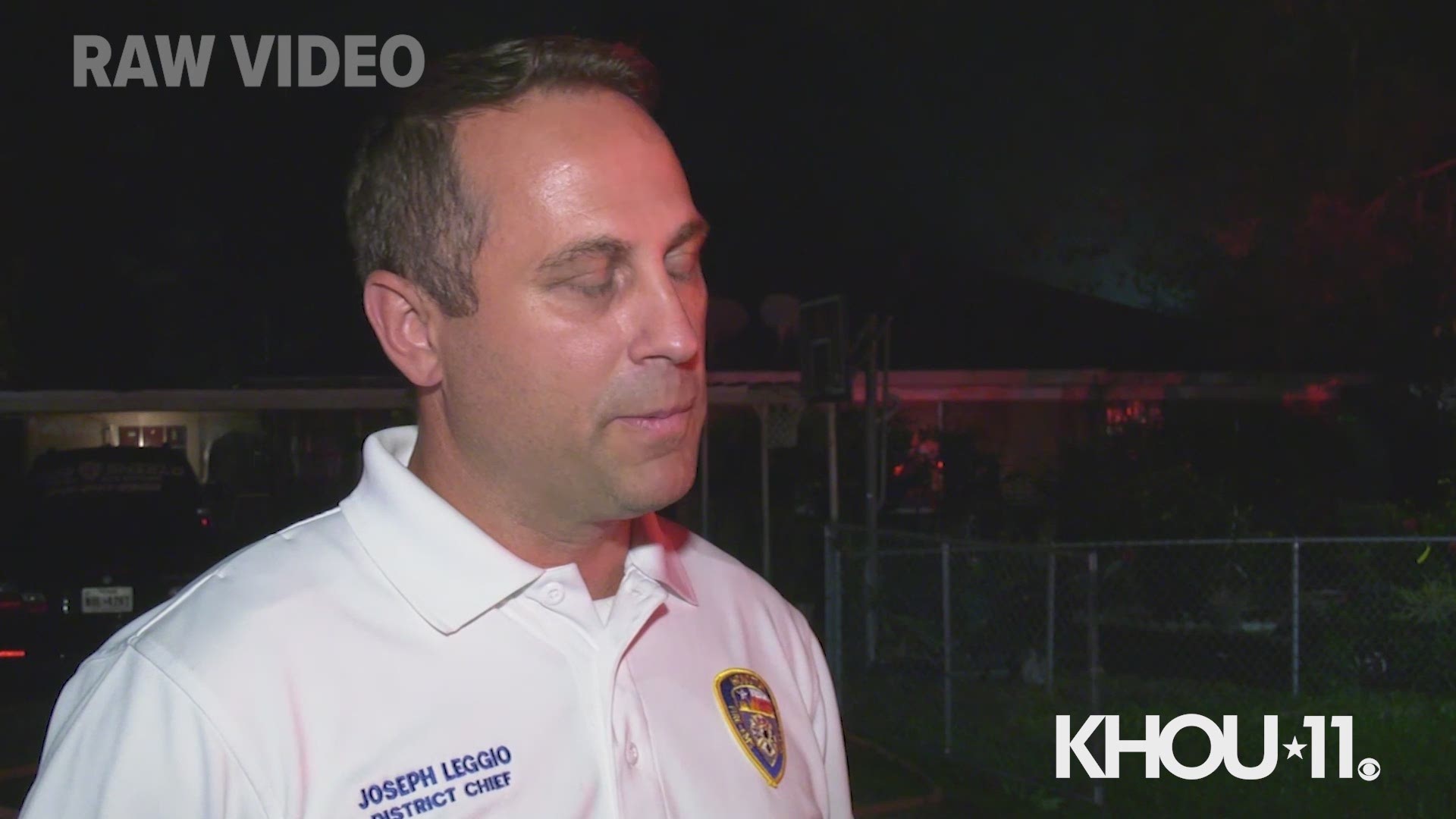 HOUSTON — Houston firefighters had a tough time extinguishing a burning home over the weekend near the Trinity Gardens area.

The call came in about 10:40 p.m. Saturday at a two-story house in the 8700 block of Leycrest Road. The fire quickly moved into the attic.

Fortunately, investigators said the residences were out of town when the fire occurred.

An HFD officials said crews faced several challenge while trying to put the fire out, including down powerlines on the property.

They weren't able to use any aerial tools and were forced to use ground ladders, which presented other obstacles, according to officials.

Firefighters said the cause of the fire has not been confirmed, and the homeowner has been notified.