The 63rd annual Grammy Awards have been rescheduled as Los Angeles is hit hard by the coronavirus. 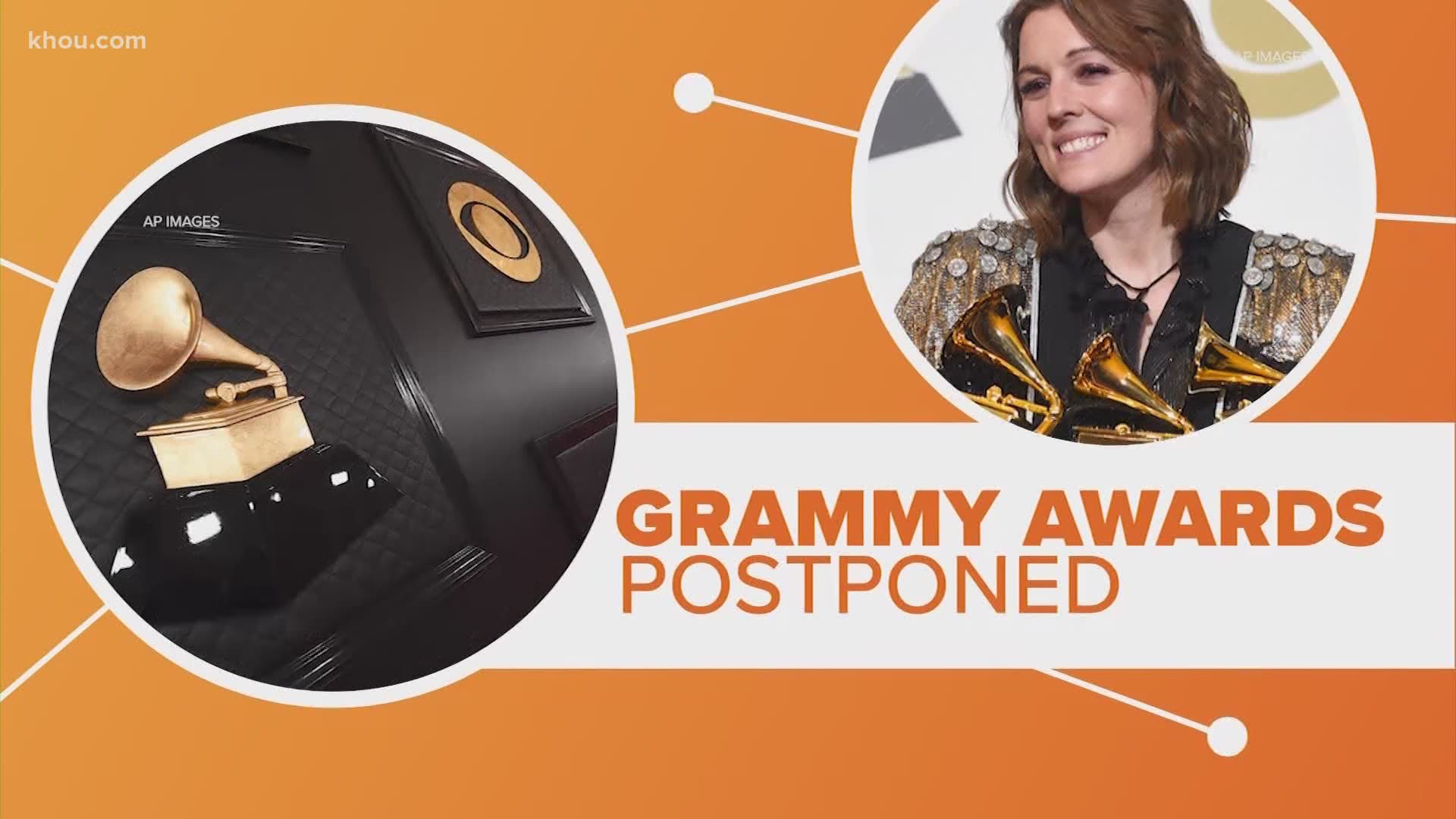 The Grammy Awards are postponed as Los Angeles is hit hard by the coronavirus pandemic.

However, it may have been previous missteps at earlier awards shows that influenced the decision.

The 63rd annual Grammy Awards were supposed to be on Jan. 31 in the Los Angeles area. Initially plans did included a small audience, along with host Trevor Noah. But those plans were scraped and the show is now postponed.

This comes as Los Angeles emerges as a coronavirus hot spot with hospitals overwhelmed with patients and ambulance crews being told to not transport anyone with little chance of survival.

It's been postponed until March 14.

For the most part, awards shows have marched on during the pandemic with mixed results. The MTV Video Music Awards, the Billboard Music Awards, the Latin Grammys and many others were televised without an audience and artists appearing remotely. The Emmy’s were forced to go largely virtual and the Tony’s were postponed.

The Country Music Association Awards did hold an in-person ceremony from Nashville in November. Though there was social distancing there were few masks.

It is still not clear where he was exposed to the virus but some high-profile performers pointed fingers at the CMA's.