What is the 14th Amendment | Connect the Dots

In the wake of the Capitol riots, there has been a lot of talk about impeachment and the 25th amendment, but some are pointing to another option. 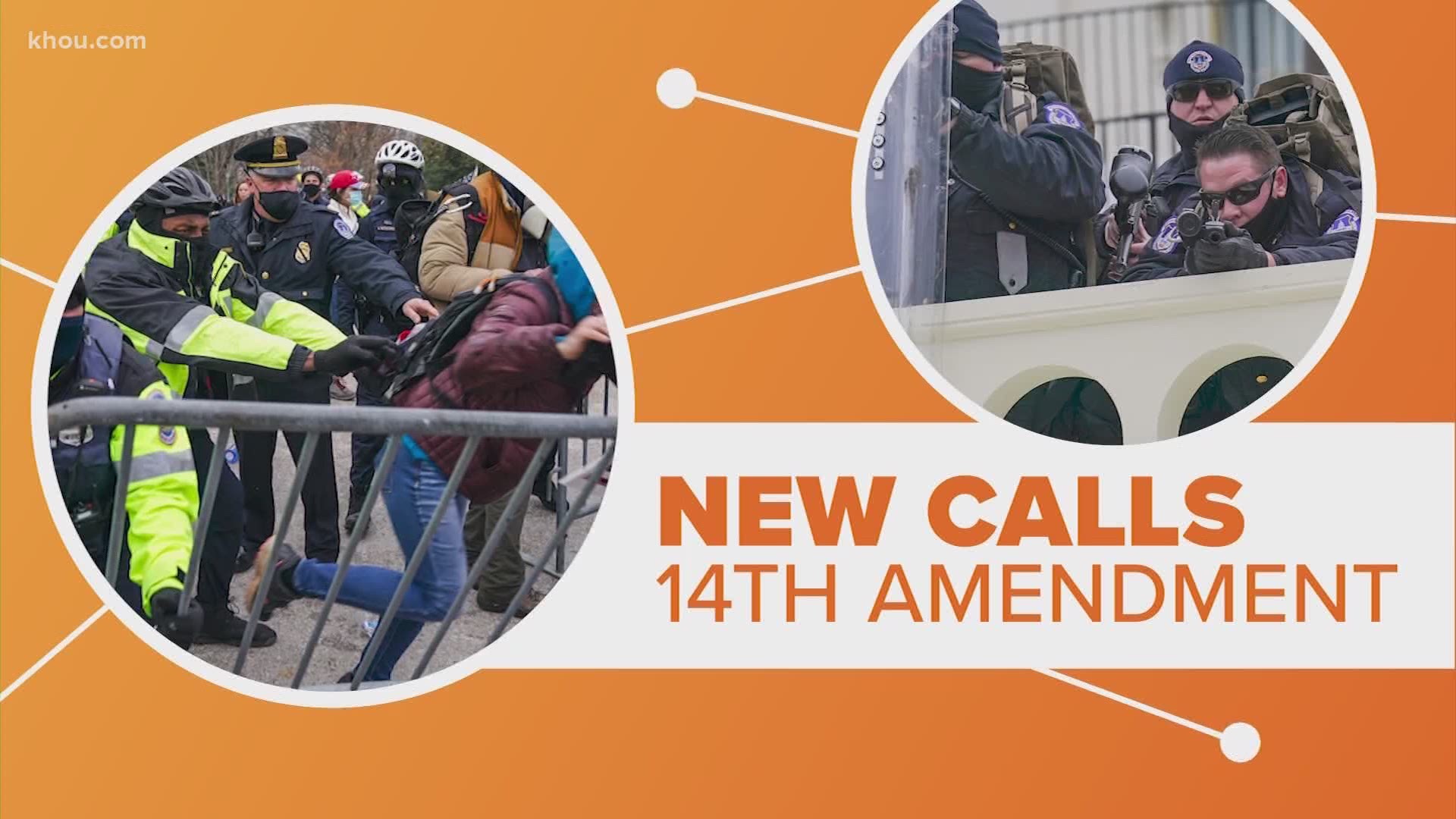 In the wake of the Capitol riots, there has been a lot of talk about impeachment and the 25th Amendment. But those are not the only options on the table, there is also the lesser know 14th Amendment.

Added after the Civil War, the 14th Amendment is best known for granting citizenship to anyone born in the United States and guaranteeing equal protect under the law to all citizens.

Under section three of the amendment, it also says public officials can be expelled from office if they engage in insurrection or rebellion against the United States or provide aid or comfort to our enemies.

According to historians, it was aimed at keeping former Confederates from holding office.

Used against members of Congress

A few Democrats have broached using the 14th Amendment to remove President Trump from office but the louder calls are for using against members of Congress who encouraged the protesters.

Lawmakers who could be targeted include Rep. Mo Brooks of Alabama who was at a Washington rally before the riot and Rep. Louis Gohmert of Texas who suggested supporters take to the streets after his lawsuit to overturn the election failed. Sens. Ted Cruz and Josh Hawley have also been mentioned.

Whether this could actually happen is another matter.

Political watchers say it may be harder to make a case against Cruz and Hawley because they did not directly call for violence or rebellion, but expect the matter to be discussed by lawmakers in the coming days.