As of Friday, the Indianapolis Zoo relocated 40 animals to accredited zoos and sanctuaries. 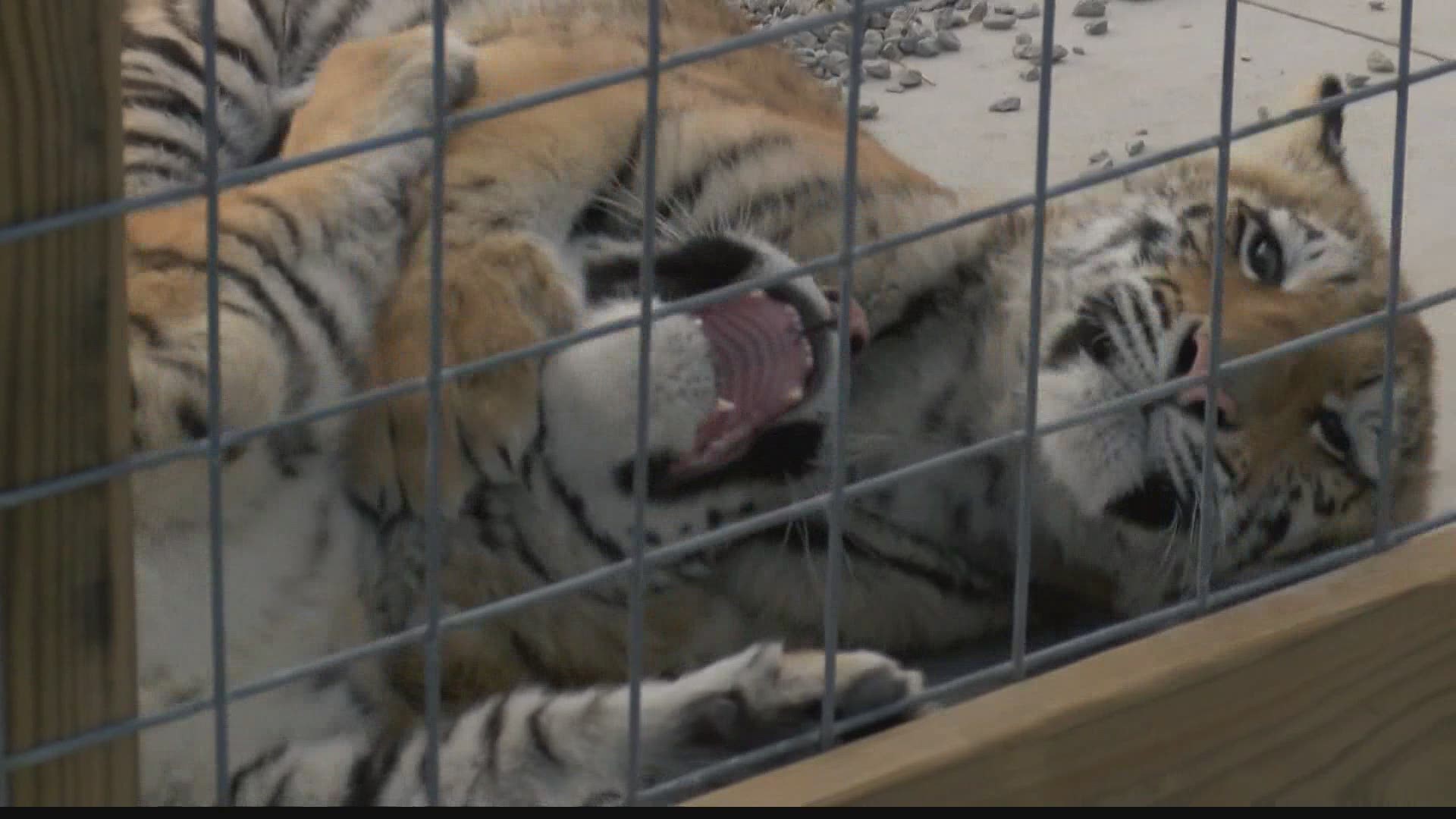 CHARLESTOWN, Ind. — The Indianapolis Zoo is helping find new homes for the more than 200 animals being removed from “Wildlife In Need,” a roadside zoo in Southern Indiana owned by Tim Stark who was featured in the hit Netflix documentary “Tiger King.”

Since February, the Indianapolis Zoo has been working with the state as they investigate the 20-year-old operation.

As of Friday, the Indianapolis Zoo relocated 40 animals to accredited zoos and sanctuaries within the Association of Zoos and Aquariums or the Zoological Association of America.

RELATED: 'My animals are my life.' Removal of Wildlife in Need animals starts, owner Tim Stark admits he made mistakes

“The Indianapolis Zoo team is committed to ensuring the safety and well-being of these animals,” said Dr. Rob Shumaker, President & CEO. “We received strong and swift support from our animal care community, and I have total confidence in the team’s professionalism and expertise.”

The Indianapolis Zoo is under court order and can’t discuss where the animals are being relocated.

The Office of the Indiana Attorney General requested the staff’s help back in February to provide expert opinion on the welfare of the animals.

The zoo then did an inventory of the animals and provided visual checks in March at the southern Indiana zoo.

Staff then found secured new homes for the dozens of animals in August. The goal is to have all the transfers done by Sept. 18.

The tigers, lions and hybrid big cats will be relocated by PETA at a later date.