The school's football coach confirmed the deaths of Jamar Robinson and his wife Annmari Robinson on Twitter. 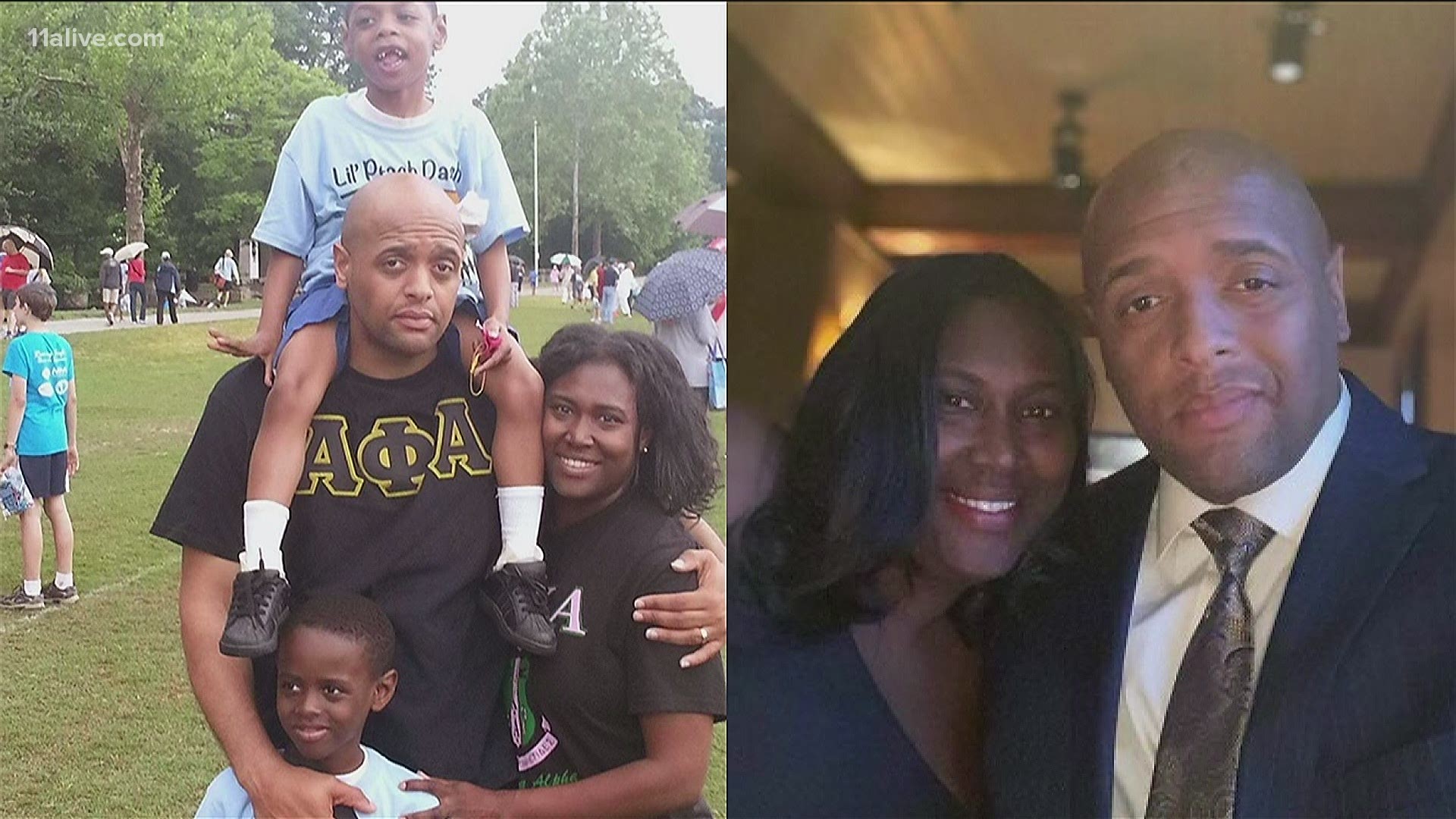 ATLANTA — Jamar Robinson, the principal of Westlake High School in South Fulton, died trying to save his wife in a tragic drowning incident in Puerto Rico that took her life, as well.

The school's football coach, Bobby May, confirmed Robinson's death on Twitter, and a local account described the incident, which happened on Sunday.

"Our hearts are broken for the family of Mr. Robinson and Mrs. Robinson and the entire Westlake community," May wrote. "We will always remember Mr. Robinson as the principal who worked tirelessly, was always upbeat, passionate, never missed a game or event and LOVED his students with a heart that was unmatched."

According to the local account, the couple were at a beach resort in San Juan where Robinson's wife, Annmari Robinson, became caught in a rip current while swimming. The principal then tried to get out into the water to save her.

“Fulton County Schools is mourning the tragic loss of Westlake High School principal Jamar Robinson and his wife," the Fulton County school system said in a statement. "Robinson was an inspirational leader who brought joy with his passion for education and his students. We join the community in remembering him and expressing our condolences to his family. School leadership and support staff are at the school to support students, teachers, and staff. This support is also being provided remotely to students.”

As we attempt to process the loss of Principal Jamar Robinson and his beautiful wife, let’s rally behind their children, extended family members and Westlake High School’s students and staff. pic.twitter.com/Yl3IcCfcp5

The school system said it would be working with Westlake High over the next few days to figure out how best to honor him.

According to his biography on the Westlake High website, Robinson was an Atlanta native and graduate of Southwest DeKalb High School. He received his undergraduate degree from Florida A&M University and earned advanced degrees from Georgia State and Georgia Southern.

The bio describes him as a "champion for robust community involvement and unyielding student advocacy" whose work earned him recognition as an "Outstanding Georgia Citizen" in 2014.

His motto, according to the bio, was "If you don't want to serve, you aren't ready to lead."

The football coach, May, said he was "eternally grateful" to Robinson for the opportunities he provided.

"His vision was to inspire and motivate - this is something we can all look to do for each other to honor his legacy," May wrote. "Lift up the people around you, celebrate success, and encourage others to stand up when they have fallen."

The football coach asked that people please pray for the couple's children and the entire Westlake community.

The Fulton County athletic director, Steven Craft, also called Robinson a "great leader and mentor to so many" on Twitter:

RIP Jamar Robinson. He was a great leader and mentor to so many. Sending prayers for his family, his community, his staff, and Westlake HS. You will be missed by so many. He always had a smile on his face and he truly loved supporting his kids at Westlake. 💔💔🙏🙏🙏🙏 pic.twitter.com/8YJhLa1zXH