Former commander sues City of Austin, police staff claiming he was retaliated against

Jason Dusterhoft was fired in December 2019 after being accused of assaulting a woman during sex. 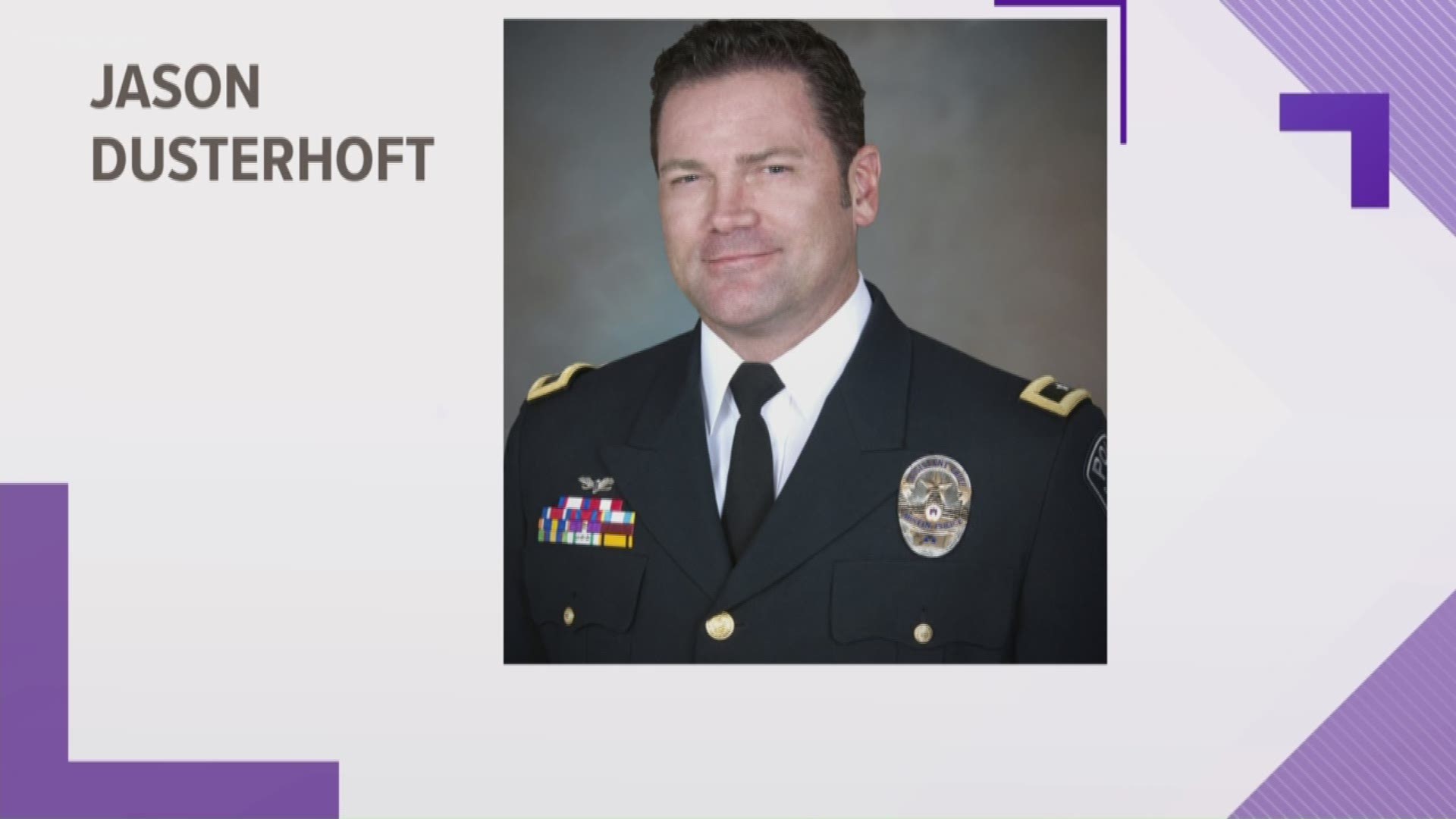 AUSTIN, Texas — A former Austin Police Department commander has sued the City of Austin, Chief Brian Manley, former Assistant Chief Justin Newsom and Chief of Staff Troy Gay, claiming that he was fired as a result of blowing the whistle on cultural problems within the department.

In the complaint, Jason Dusterhoft alleges the Austin police chief created a culture at the department where he played favorites.

"Chief Manley created an atmosphere where if you were one of his buddies he would let things slide, but if you were or got on his wrong side, particularly if you chose to speak up about wrongdoing, you were punished," the suit states.

Dusterhoft claims he had a meeting in July 2017 with Manley and Assistant City Manager Rey Arrellano in which he was demoted to commander for two "non-policy" issues. At this time, he said he advised both men of what he believed were numerous criminal and serious policy violations being committed by police officers and the chief himself. Some of those reported violations included alleged attempts to undermine his reforms within the forensics division, allegedly falsified timesheets from another commander and sergeant, alleged lying from an assistant chief in an internal affairs investigation and more.

“The ultimate message sent to Dusterhoft and, in fact, the entire Austin police department was crystal clear,” the lawsuit states. “If you blow the whistle at APD with respect to officer wrongdoing, under Chief Manley you will be punished. If you go along with whatever he wants you to do, you are promoted.”

A City of Austin spokesperson released the following statement on Wednesday:

“The City of Austin takes allegations of discrimination and racial prejudice seriously. The allegations raised by the former officer are not new. Rather, the allegations were the subject of an independent investigation that the city manager initiated immediately when they were brought to his attention. The results of that investigation have been released to the public. The City is also moving forward with a deeper investigation into the cultural concerns raised as a result of the report issued by Lisa Tatum.”

In April 2020, the results of an independent study by Tatum Law into allegations of racist and homophobic language at the department found no policy violations that were punishable by law. However, the report did find there were a number of subjects of concern, including fear of retaliation among members of the APD, and found there was a low degree of expectation that any investigation could result in a substantive report.

In October 2019, Assistant Chief Newsom abruptly retired. He had been accused of racist language, allegations Chief Manley said he had "lost sight" in handling.

Meanwhile, Dusterhoft was fired by the department in December 2019, APD citing his sexual behavior with a woman. Dusterhoft was accused of strangling her multiple times.

Dusterhoft claimed everything that happened with the woman was consensual and he denied the allegations. Chief Manley said Dusterhoft was responsible for his actions and that, in his opinion, he violated Texas laws of assault and deadly conduct.

Manley also reported Dusterhoft violated APD policies by trying to conceal information from his cellphone and said he associated with a "prohibited" person, such as a convicted felon.

Casis Elementary principal to return after being placed on leave