Attorney Jason Nassour is now facing charges in both Travis and Williamson counties. 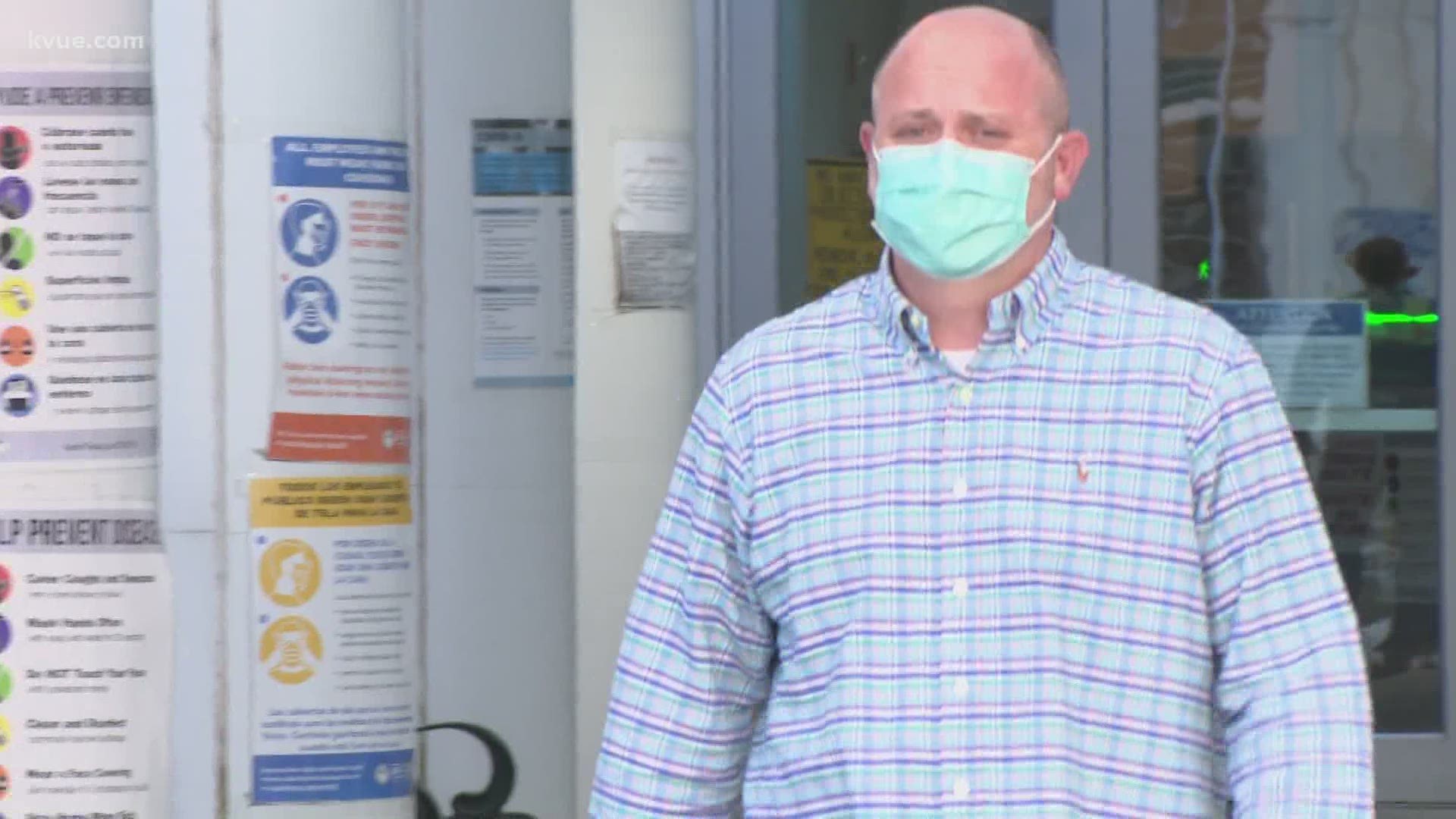 TRAVIS COUNTY, Texas — Austin lawyer Jason Nassour has now been indicted in Travis County in connection to the death of Javier Ambler. This means he is now indicted in two counties related to the incident.

In Travis County, the court has set bond at $15,000. The charge will be prosecuted by the District Attorney Office's Civil Rights Unit and is pending in the 299th Judicial District Court.

On Sept. 28, Nassour and former Williamson County Sheriff Robert Chody were indicted on felony evidence tampering charges after video captured in relation to Ambler's death was destroyed, according to "Live PD," which was filming with deputies at the time of the incident.

Travis County officials cannot confirm whether Chody or anyone else has been indicted along with Nassour. Under state law, indictments can't be made public until a defendant is in custody. Chody's attorneys had no comment Wednesday afternoon. Nassour turned himself in to the Travis County Jail earlier Wednesday.

At the time of Ambler's death, Chody was the sheriff in Williamson County. He was voted out of office in November 2020 and was replaced with Mike Gleason.

Nassour was serving as the general counsel for the Williamson County Attorney's Office from 2017 to August 2020 before Williamson County commissioners voted to remove Nassour's position. He remains employed, however, by the county attorney's office.

Nassour also represented Sheriff Chody against the commissioners when they looked into terminating the "Live PD" contract. The court sued Sheriff Chody, claiming he "secretly and illegally" re-contracted with the show after the court terminated their agreement in August.

In March 2020, Ambler led authorities on a chase after he failed to dim his headlights. He was tased while he shouted that he had congestive heart failure and could not breathe.

Ambler's death received no public attention until June when the KVUE Defenders and Austin American-Statesman obtained records in the case and body camera footage from an Austin police officer who did not participate in the pursuit but who responded to a call to help the deputies.

Attorneys for Chody and Nassour have denied the allegations.

“I know that these indictments will not bring peace to the Ambler family. No parent should have to bury their child,” said Travis County District Attorney José Garza on Wednesday. “But we remain committed to seeing this through on behalf of not just Javier Ambler, but also our community.”