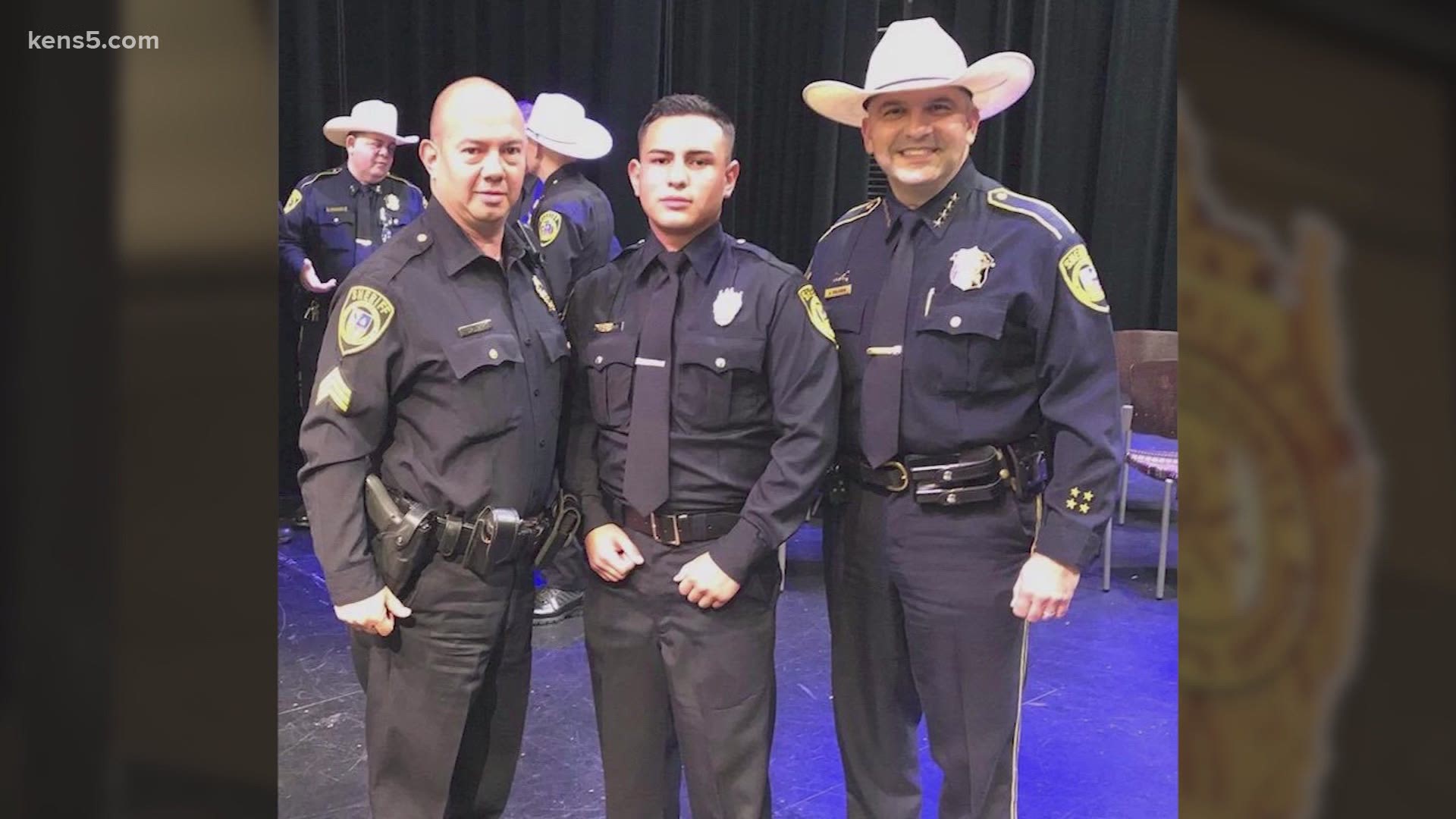 Noah Calderon was 18 years old when he was hired by the Bexar County Sheriff's Office in 2018 as part of the agency's Blue Shirt program, making history as the agency's youngest hire in recent years.

San Patricio County Sheriff Oscar Rivera posted images of the crash Thursday morning, writing, "The crash was on Tx188 and FM 796 between Sinton and Mathis. It appears that a tanker truck may have failed to yield and collided with the victims."

“It is with a heavy heart that I report, Deputy Noah Calderon, who was assigned to the Detention Bureau, was killed last night in a car crash. Preliminary information is that Noah, his fiancée, and his younger brother were traveling to Corpus Christi when an 18-wheeler struck their vehicle. It is reported that the 18-wheeler may have run a stop sign. Noah’s fiancée was killed on impact. Noah died shortly thereafter, and his little brother was transported to University Hospital in San Antonio by AirLIFE. The young man is currently in surgery with critical injuries. Noah’s father, Patrol Sergeant Edward Calderon and his wife, are with their young son, and the family is in need of our prayers at this time. BCSO Family Assistance deputies are making arrangements to transport Noah’s remains back to San Antonio tomorrow, Friday, August 14, 2020. As an agency we mourn the loss of a great man and our brother in blue. I ask that you keep Noah’s family, friends and everyone affected in your prayers.”

The Sheriff's Office celebrated Calderon and his achievements, posting last year that Calderon had bought his own home at 19.

Deputy Noah Calderon who has been working as a Blue Shirt since graduating the Detention Academy will start working in the Adult Detention Center as he turns 19 years old tomorrow. BCSO hires at 18 years old for Detention Cadet and Blue Shirt positions. For more information on BCSO Job opportunities call (210)335-JOBS.

"Deputy Calderon who initially graduated as an 18-year-old Blue Shirt Deputy, turned 19 years old back in January and is currently working at the Adult Detention Center," the sheriff's office wrote in a Facebook post. "Keep up the great work, you’ve made us proud!"