Let's Be Clear: An open conversation with former Cleveland Indians OF Kenny Lofton 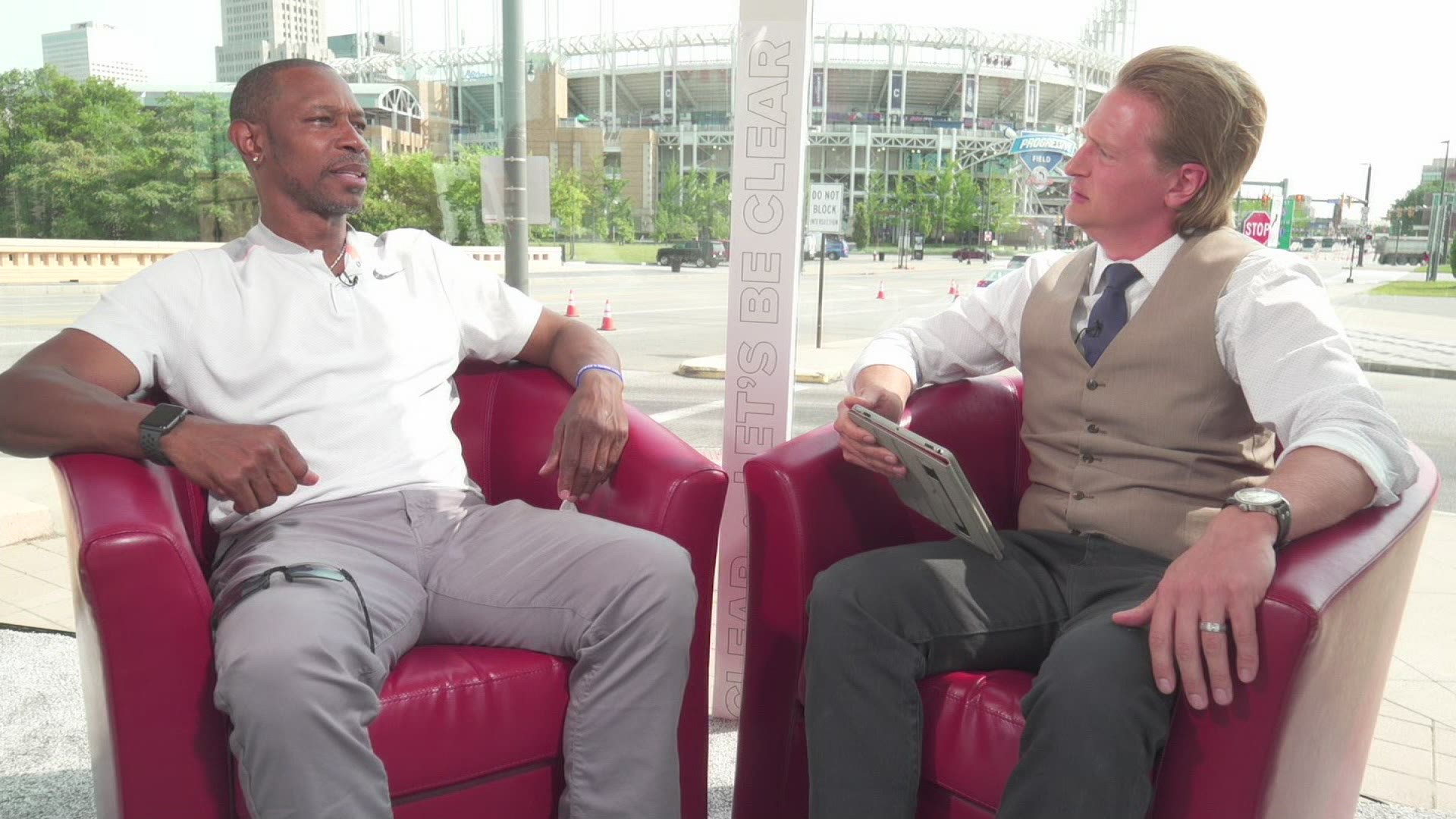 CLEVELAND — "Let's Be Clear" is all about transparency. WKYC has a clear, mobile newsroom that we're taking across the state to talk to those making headlines in Ohio. Whether you agree with the guest, disagree, or are a fan of them, we know you have questions for them.

It's been more than a decade since he retired, but Kenny Lofton still gets plenty of applause. He knows he was a dynamic player for nearly two decades and 11 teams, but also recognizes the game of baseball has changed since he spent his days knocking base hits and stealing bases.

The former Cleveland Indians outfielder is in town for MLB All-Star Weekend, including Sunday's Celebrity Softball Game in which Lofton played for Team Cleveland. On Tuesday, Lofton joined WKYC's Let's Be Clear truck for a conversation about steroids, small ball and how Cleveland deserves a World Series title.

"People don't know much about Cleveland, but they understand that Cleveland is a sports town," Lofton said. "People don't look at it because they're not in a high market, but as far as fans for me, I think they were the highest market.

"...Now, I can see that they are a city that wants that championship and they have the love behind it to try to get it done. Once I saw that, the city of Cleveland just got to my heart."

You can watch the full conversation again below:

Lofton played when steroid use was rampant within MLB. He said he was disappointed to find out some of the great athletes he played with used steroids, but added that the players who were clean deserve even more respect.

"I'm not that type of player, I'm not a cheater," Lofton said. "These guys want to cheat to put the number up to make the money, but then you can't put those two together when you say, 'I'm the best player in the game, I'm considered a Hall of Famer.' OK, well how did you get to that status? You got to that status by cheating your numbers."

Lofton acknowledged players he knew like Eddie Murray and Dave Winfield, who crafted successful offensive careers without steroids, and noted that their numbers should hold more weight than those who cheated their way to remarkable stats.

The game has changed since Lofton's days, when he was known for flashy catches at the centerfield wall and causing chaos as a runner on the base paths.

"I don't see the speed, the leadoff, the small ball in the game anymore," he said. "...It's all about, let's see how far you can hit it out of the ballpark. Let's see if you can get a 3-1 homer with nobody on base.

"I would mess up that whole shift situation," he added.

Lofton spent 10 seasons of his 17-year career in Cleveland. The six-time All-Star retired as an Indian in 2007 at the age of 40, but not before the team traded him to Atlanta for the 1997 season.

"It hurt deep because I felt like I wanted to be with Cleveland for my entire career. But at the time, someone in the front office didn't talk to me about it," Lofton recalled.

Lofton also said he looks back fondly at the 90s and doesn't regret the team falling short of a World Series victory.

"We did what we were supposed to do as a team," he said. "We played the game the right way on the field. We might've been a little cocky and a little fancy, but again, we played the right way. Other teams saw it, and other teams feared it, especially when they came into The Jake."

Click here to watch past episodes of "Let's Be Clear."