One man in custody after crashing through north gate at Naval Air Station-Corpus Christi, fleeing on foot

That suspect was taken into custody at around shortly after 8 a.m. and the lockdown was lifted after a sweep of the area. 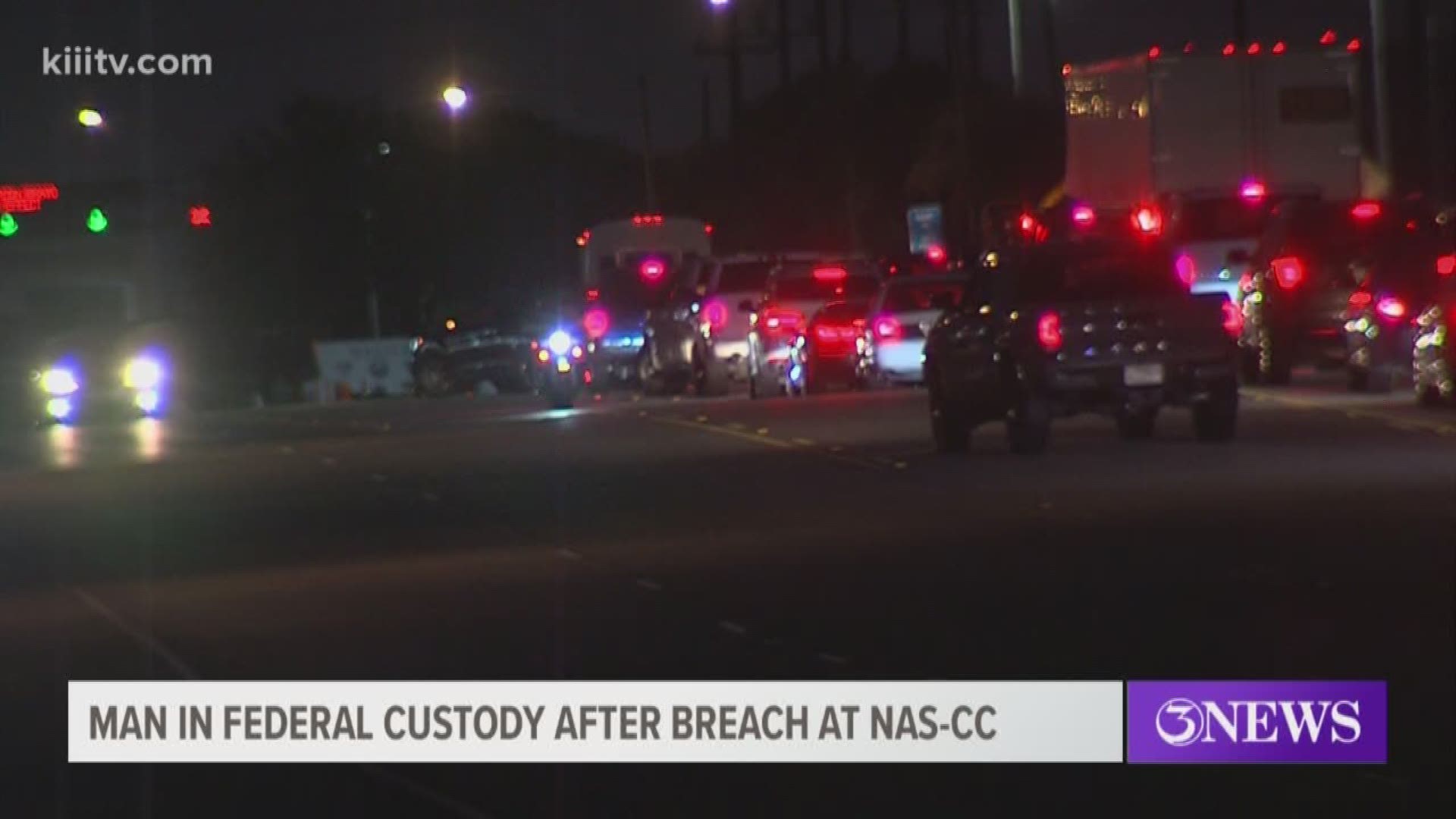 CORPUS CHRISTI, Texas — Naval Air Station-Corpus Christi was placed under a lockdown around 6:45 a.m. Monday after a man reportedly rushed the north gate with ammunition in his vehicle and managed to get out on foot, prompting a search of the area.

That suspect was taken into custody at around shortly after 8 a.m. and the lockdown was lifted after a sweep of the area.

According to authorities at NAS-CC, people were asked to shelter-in-place following the incident while authorities worked to track down the suspect, who was described as a white male in his 30s wearing a light grey shirt, jeans, and black sneakers. Authorities warned that the suspect may be armed.

The nearby Texas A&M University-Corpus Christi campus issued a Code Blue during the incident. Extra security was dispatched to residence halls.

As of around 8 a.m. the suspect was reportedly taken into custody. He has been identified by the Bureau of Alcohol, Tobacco, Firearms and Explosives as 47-year-old Brian Robinson.

Authorities continued a sweep of the area to ensure the situation was all clear before lifting the lockdown at around 8:30 a.m. The south gate at NAS-CC was reopened, but the north gate will remain closed until further notice.

It was later confirmed that the vehicle involved in the incident at NAS-CC's north gate had been stolen from a Stripes convenience store in Beeville. Robinson allegedly led authorities on a chase to the Harbor Bridge and then made his way to NAS-CC.

Robinson is currently facing charges of possession of a stolen firearm. His case is still being investigated by the ATF, NCIS and Beeville Police Department. He is currently being held in a federal holding facility in Corpus Christi.

3News will keep you updated as more information becomes available.