‘Deleting texts’: American Airlines IT director’s wife in constant contact with ex before and after he was killed, affidavit shows

In December, Jennifer Faith told WFAA, "somebody has got to know whose truck this is... It has a Texas Rangers sticker (“T”) in the back window." 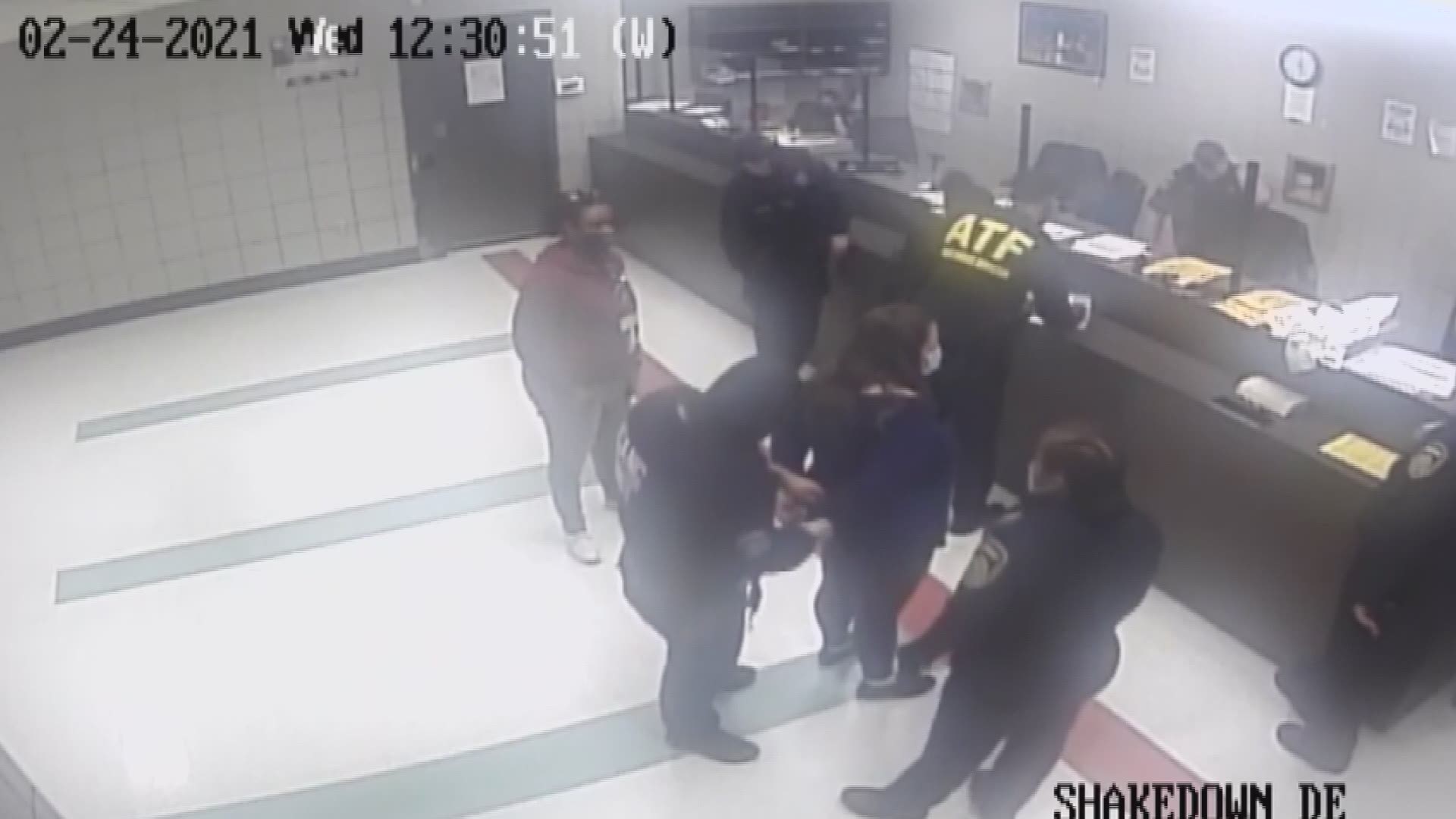 Faith, 48, faces an obstruction of justice charge and was booked into the Dallas County jail Wednesday.

On Oct. 9, 2020, Jamie, who worked as an IT Director at American Airlines, was shot three times in the head, three times in the chest and once in the groin on the morning that he was with Jennifer while walking their dog in Oak Cliff, the probable cause affidavit said.

During the investigation, detectives say Jennifer has stood in their way multiple times, deleted implicating text messages and allegedly told the suspect, her ex, Darrin Lopez, what to tell police.

Jennifer’s “persona in private was very different from the grieving widow she portrayed in public through the media,” the affidavit said.

She also instructed Lopez to remove the distinctive “T” sticker that was on his truck, which was described by witnesses on the scene.

In the deleted text messages, Jennifer and Lopez discussed Jamie's life insurance payout, of which she was a beneficiary.

She has “made repeated attempts to corruptly obstruct justice and impede the state and federal investigations into the death of her husband, James Faith,” the affidavit says.

From Oct. 9 to Nov. 25, there was an average of 500 calls and text messages per day between the two phones, the affidavit said. Most of those communications were not on Jennifer's phone.

In December, Jennifer discussed the suspect vehicle in an on-camera interview with WFAA.

“Somebody has got to know whose truck this is. It’s a black Nissan Titan extended cab. It has a Texas Rangers sticker (“T”) in the back window," she told WFAA. "So it was very distinctive from that point.”

An ATF special agent was conducting surveillance in the area of his home in Tennessee when the agent took photos of the Nissan Titan.

It matched the description and had the white T sticker on the driver's side back window of the truck, but someone had added another white decal on the truck bed which had not been there on Oct. 9.

On Dec. 8 about six days after the interview with WFAA, the T had been removed from the driver side back window.

Jennifer Faith told Lopez to remove the T sticker after she "woke up in a little bit of a panic," the affidavit said.

Jennifer texted him: “something is eating away at me telling me you need to take the sticker out of the back window of the truck. It might just be me over thinking or something, but I’ll fee[l] a ton better if you take it off and clean the window really well”

Lopez said he had been working on it but didn't want to take it off all at once since his daughter gave it to him and "would notice that."

On the day after her interview with WFAA, Faith texted Lopez, “Ok. Sorry. I know you’re going to think I am crazy, but it’s REALLY nagging at me. I have a bad feeling and I really think you need to get that sticker off ASAP…. like today”

On Dec. 6, he texted her that the sticker was gone. “Oh YAY!!!! Thank you!! I feel SOOOO much better,” Jennifer texted back.

On Jan. 11, after his arrest, agents said if you looked up close, you could see an outline of where the “T” decal used to be.

Credit reports showed that Lopez was having financial problems, 120 days past due on his mortgage and his water had been shut off, the affidavit said.

Jennifer was the beneficiary of the life insurance policy on Jamie, which was worth in excess of $600,000 upon his death.

After Jamie's death, over $60,000 in donations were raised on GoFundMe and Jennifer withdrew all the funds by Dec. 3, the affidavit said.

After his arrest, Lopez’s phone was brought back to Texas and agents with the Department of Homeland Security Dallas Forensics used a tool to process and analyze the cell phone. Numerous text messages were extracted, which had been deleted.

Jennifer texted Lopez that she called the detective “and basically said ‘wtf?’ He said ‘oh no – they must have misinterpreted.”

Jennifer said that the detective couldn't give the company the details of the case "so they must have taken that as not being able to rule me out which, he’s full of crap, but whatever. I said, well, I am not working, so I need this claim paid. What can we do.”

Jennifer said that the detective told her "we're working on everything," according to the texts.

On Jan. 5, Jennifer texted Lopez again about the life insurance.

“If life insurance doesn’t pay out before I start to run out of money, I can always tell people that I am going to move in with you to help with the girls in exchange for room and board,” the text said.

On Jan. 11, when he was arrested in Tennessee, police found a .45 caliber handgun and ammunition in his vehicle and a blue mask that looked like the one he was wearing in surveillance pictures on the day of the murder.

Agents executed a search warrant at his home where they found a new TV in a box that was mailed from Jennifer Faith.

They also found a .45 caliber handgun in a bag, which also had two DVDs and an unopened can of Red Bull energy drink. Detectives believe they were the same ones that he purchased at a Pilot Travel Center in Arkansas when he was traveling to Dallas on the day of Jamie's murder.

Agents confirmed that was the weapon used in the killing of Jamie Faith.

Credit: Dickson County Jail
Darrin Lopez was arrested on suspicion of murder after Jamie Faith was fatally shot in October 2020.

On Nov. 30, Lopez told Jennifer that he reset his phone to delete old text messages.

“Big smile over here at that," Jennifer texted back.

On Dec. 3, Jennifer told Lopez that if he was ever questioned by police about Jennifer and Jamie's relationship to say that it "was good as far as you know."

"Just want to make sure you would never say anything that would stick out," Jennifer texted, according to the affidavit.

In January, the Dallas police asked Jennifer to come to headquarters for an interview.

Jennifer told Lopez to not text her that day and said she was going to do a "factory reset on my phone after deleting texts."

Then she told Lopez what to say if he talks to the police.

"If asked about you, you are an old friend going through a divorce. We talk every night because I am helping/giving support with the girls since you have sole custody," Jennifer texted. "If it ever comes to it, I’ll answer the same way about financial also…..divorce killing you financially, so I am helping out where I can. Just so you and I have the same explanations”

That’s what she told investigators at the interview on Jan. 11, the affidavit said.