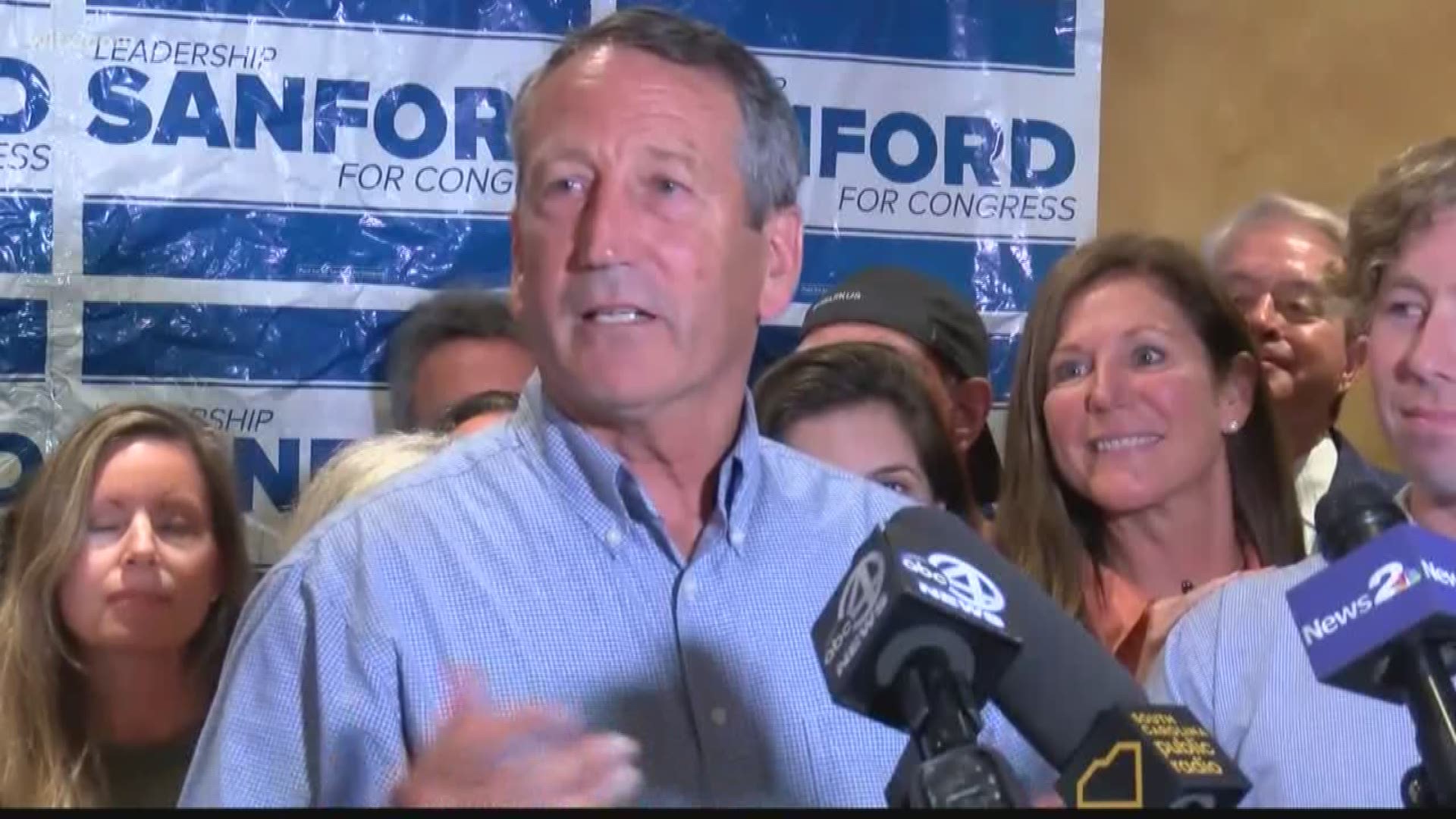 COLUMBIA, S.C. — Mark Sanford has made it official, the former SC Governor and congressman will challenge President Donald Trump in the 2020 presidential election.

Sanford will run as a Republican.

Sanford announced his bid during an interview with Chris Wallace on Fox News Sunday morning.

Mark Sanford had said in an interview with CNN in July that if he were to run it would be because of the economy.

“I think we’re headed toward the most predictable financial crisis in the history of our nation,” he said at the time. “If you look at our numbers in terms of debt and deficits, we are having zero conversation on that very front. I think the Republican Party, which I have been a part of for a long time has abandoned its conversation even on the importance of financial reality. And so, I’m just struck that if no one says something, we’re going to wait until the next presidential election cycle to have this needed conversation on where we go next as a country on debt, spending and the deficits that are growing.”

“If we don’t find ways of speaking up, we’re going to be in a world of hurt.”

Over the weekend, the SC GOP decided to forgo the 2020 Republican Presidential Primary, basically giving President Trump all of the state's delegates without competition.

“Let’s be clear, this is about Mark Sanford looking to raise his political career from the grave, not him wanting to advance ideas. The simple fact is that South Carolina Republicans overwhelmingly support President Trump and know this vanity project is going absolutely nowhere.”

Sanford's spokeswoman Sarah Pittman had this to say in response to McKissick's remark:

“We find it interesting that the chairman of the South Carolina Republican Party seems to be declarative on everything but the Trump Administration’s unprecedented levels of debt and spending. We look forward to that conversation.”

From 1995 to 2001, Sanford served as the US Representative for the 1st Congressional District

2003-2011 Governor. During his time as governor, Sanford unsuccessfully attempted to reject $700 million in stimulus funds for South Carolina from President Obama’s 2009 Recovery Act. The money was to go to job creation and economic stimulus. The SC State Supreme Court ruled that only the Legislature could accept or reject the funds. At the time, SC’s unemployment rate was one of the nation’s highest at 9.5 percent

In 2004, trying to make a statement on pork – unneeded extras – in the state budget, Sanford walked into the State House carrying two squealing piglets and proceeded to hold a press conference criticizing House members for a bloated budget. The stunt further deteriorated the relationship between Sanford and the lawmakers.

Sanford, the fiscal conservative, tried to reform SC’s public education system by introducing the Put Parents In Charge voucher system that would give about $2,500 per child to parents who chose to withdraw their children from the public school system and send them to independent schools.

In June 2009, Sanford disappeared for a week after saying that he would be hiking the Appalachian Trail. In reality, he was in Buenos Aires, Argentina, visiting his mistress Maria Belen Chapur.

In 2013-2019 re-elected as US Representative for the 1st Congressional District.

In 2017, Sanford voted to repeal the Patient Protection and Affordable Care Act (Obamacare).

In 2018, facing re-election opposition from state Rep. Katie Arrington, Sanford was criticized by Trump as being "nothing but trouble" for Sanford's critical statements on the President's executive order curtailing Muslim immigration in early 2017 and calling for Trump to release his tax returns.